Dog shows tend to be a rather rote affair. The ones that I’ve watched have involved the dog’s daddy or mommy running around in a circle with their pooch, then having them do a variety of tricks. After that, stern-looking judges walk around, inspecting each dog, including opening their mouths to examine their teeth and seemingly check their nether regions. I half expect them to make the dog cough. That concluded, they announce a winner. That’s why this video is so very different.

The first sign that it’s going to be different is that the dog’s mommy seems to be wearing a ballerina outfit of some sort which is worlds apart from the more formal attire that they wear during the show. Next, after she walks away from the dog and motions him to lie down, she starts making robotic gestures with her arms and begins to slowly pirouette while the dog walks around her in the same pattern. They did a lot of work on this, that’s for sure.

The rest of the routine involves amazing close synchronization of things like side-stepping with each other, spinning around and even his walking under her legs ” no small feat since this is a very large dog and a rather petite woman. It ends with him resting his head on her lap and afterwards the two of them even take a bow. They should do that, since it’s clearly a culmination of a lot of hard work between the two of them.

Hopefully, the next thing they got was a medal for their winning the show. I haven’t seen anything that good at a dog show in ever. It would be a shame if they lost. They still have this video, which has over six million YouTube views since it was uploaded in 2012, so they did do something right there. They should have a following in whatever country they live in, they are that awesome. I tried to do something like this with my cats, but they just look at me like ,’ Are you gonna feed me?’

What was your favorite part of the routine? I liked when the dog would weave under her legs. Tell us your thoughts in the comments section! Feel free to ‘Like’ us on Pinterest too. 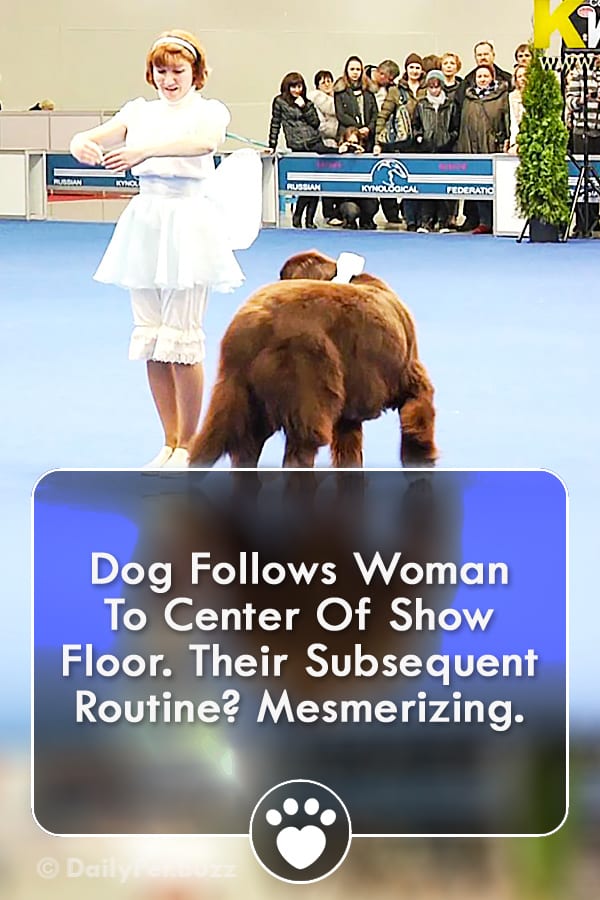