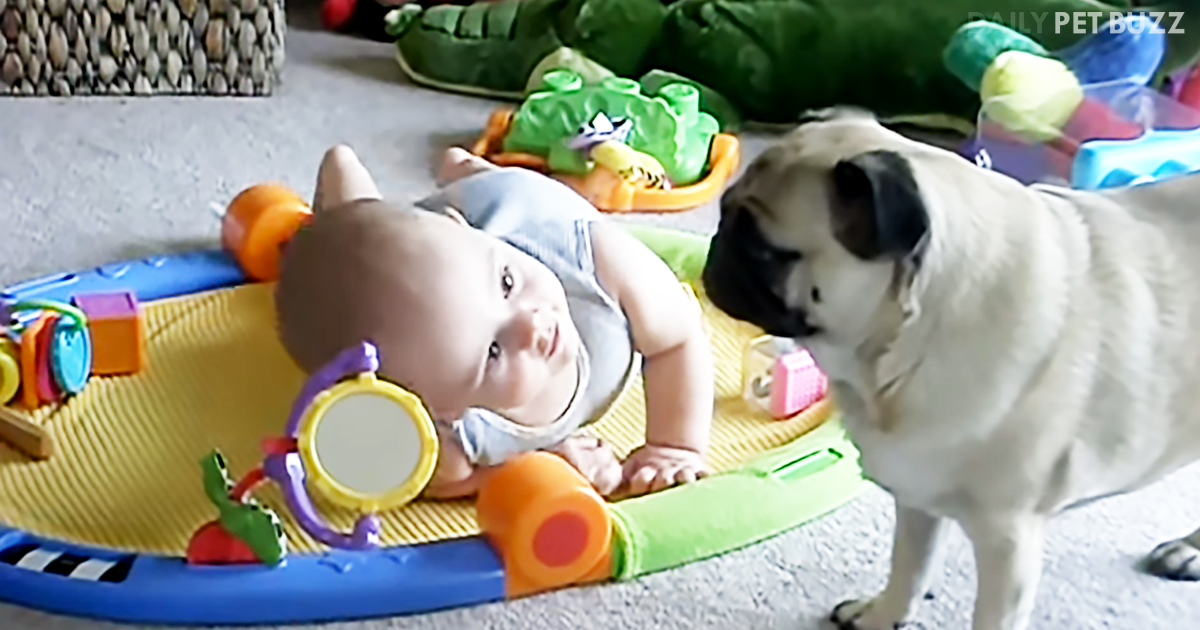 If you’ve seen some of our other videos, you already know that friendships between dogs and babies are some of the cutest and most compelling things that we like to show, and this video is my new favorite.

It’s awesome to see babies and their pets become best friends because even though babies can’t speak yet, they can communicate and make deep contact with their pets since that early age, and it’s always adorable.

The pug in the video below, Patsy, is hanging out with Jack, his new baby brother. They seem to be getting along perfectly, and they’re as happy as they can be. Jack is eating a cookie as he lays on his belly, and every time Patsy barks, the baby giggles in joy at him.

Patsy then realizes something and takes the opportunity. The pup notices Jack stops eating his cookie when he barks, so he does it repeatedly until the baby becomes distracted, and that’s when he moves in and takes his chance to take the cookie for himself.

Even though mom tells him not to, nothing can stand between this doggy and his favorite snack. Watch this hilarious moment for yourself in the video below. The poor baby lost his entertainment, and his snack in one fell swoop. 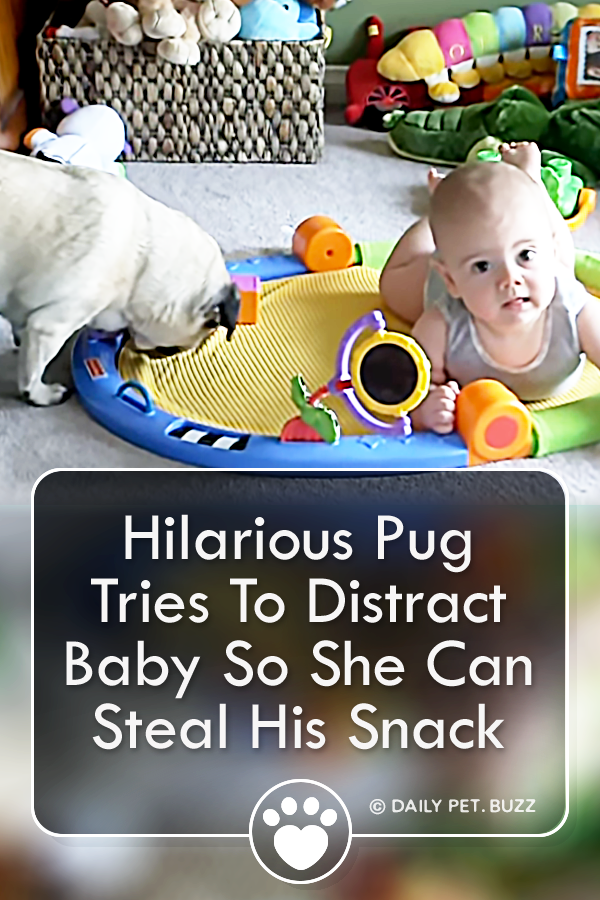