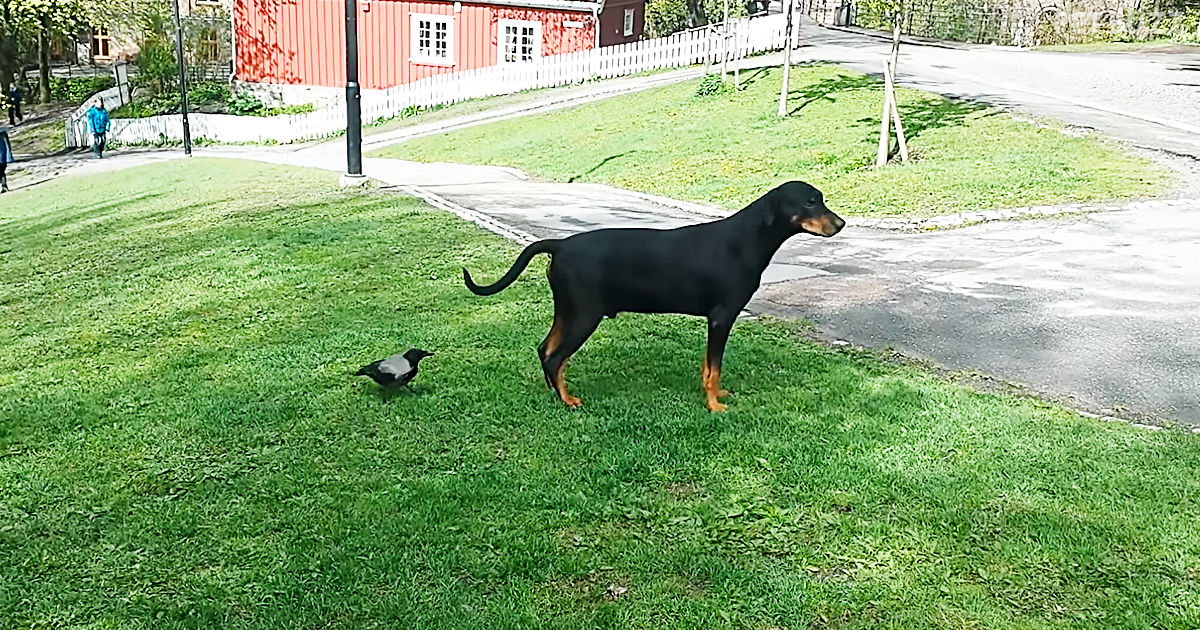 We all know that crows are very intelligent creatures. We bet you’ll be surprised though to find out that they are as smart as children. Scientific studies reveal that their intelligence is comparable to that of a seven-year-old. They actually have reasoning abilities, which basically means that they are able to solve various kinds of puzzles on their own.

Thanks to Nero, the beautiful Doberman, being filmed in the right place at the right time, we now know categorically that crows love trolling other animals and people. Enjoy the video evidence below.

Nero, the dog, is out walking with his dad, politely minding his own business, when a tiny crow decides to follow him around. He deliberately stays behind the poor pup, but his intentions are very clear for all onlookers to see – he wants to mess with the trusting little guy.

Undeterred by Nero’s lack of interest, he gives the tip of the pooch’s tail a cheeky peck. After running back to the camera to tell his daddy, Nero kind of has a bit of his own back on the little fella, but we think the crow just wants to play anyway. It is both adorable and hilarious at the same time.

Don’t forget to read what the uploader wrote about Nero and the crow’s further adventures. Though this was their first meeting, it appears they had a few more encounters, too. This crow is so funny; he was very much enjoying himself taunting poor Nero. 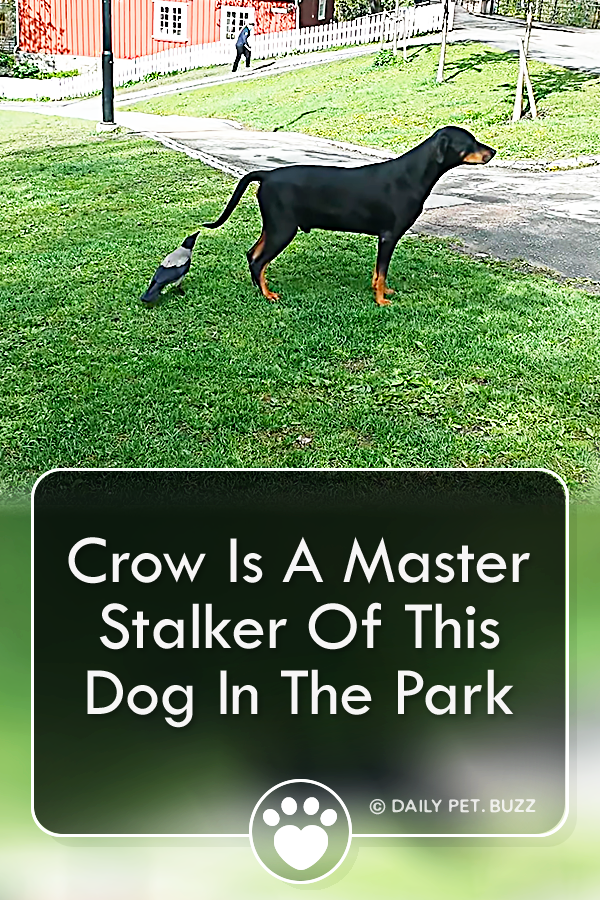