This has happened to nearly every man who has ever existed throughout history. A beautiful woman walks in the vicinity. The man thinks he’s being oh-so-subtle when he’s checking her out. The woman then walks out of view and the guy feels something hot. It’s his wife/girlfriend staring daggers at him. Busted. Like the dog in this hilarious commercial.

We see a golden retriever driving his wife and son somewhere. The wife is sitting in the front and the son in a car seat in the back seat. They stop in a traffic light and a female poodle crosses the street. The father watches her crossing and is drooling a bit. The poodle gets to the other side and then the camera pans out to show the wife growling at her husband while he sits there with an “Oh crap” look.

Of course, the commercial is poking fun at the premise that men are dogs. This is literally a male dog acting like one. Yes, I know. Hammer over head moment, huh? It’s still brilliant in its set-up and execution. Kudos to whoever wrote the commercial and the director deserves recognition too for how the shots were framed for maximum effect. I’d love to see the storyboard.

Truth be told, women look around too. They notice good-looking men. It’s just that they are a LOT more discreet than men are. Guys think that anything short of wolf whistles and turning their heads as if on a swivel. Though I did get forgiven once for watching a woman go by me while on a date with someone else: The woman was supermodel Cindy Crawford. So, yeah. That got me a pass.

This is one of my favorite commercials of all time. What’s yours? Please tell us in the comments section below. 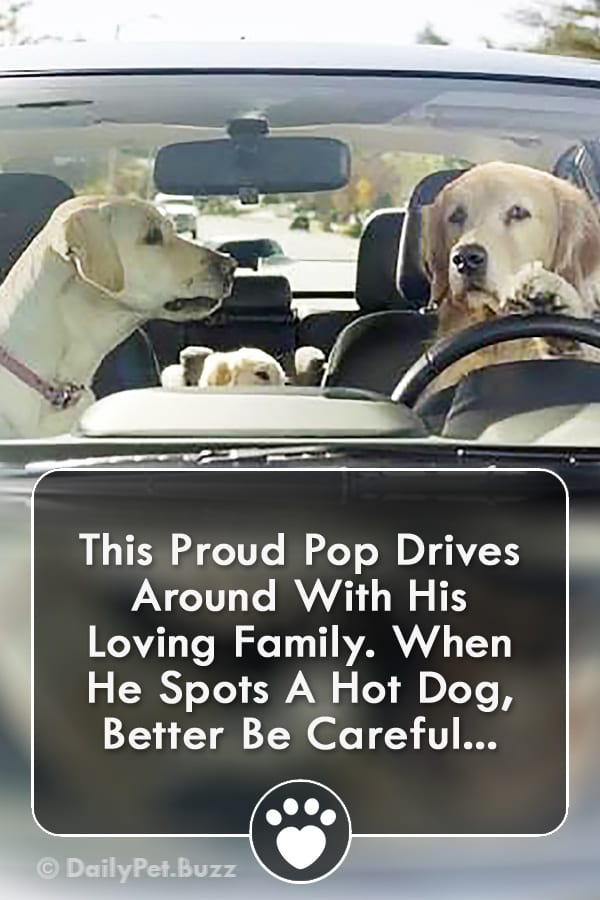