It’s not for nothing dogs have been called “man’s best friend.” Dogs and their human parents can form an incredibly strong bond. From the dog’s standpoint, the humans are part of the pack while the humans would describe the dog as being part of the family.

We see this sort of loyalty in a public service announcement that recently aired in Argentina. In it, we see a man and his dog who are inseparable. The dog wakes him up in the morning and then accompanies him on the day’s errands, waiting patiently outside while the man is in stores or sitting in a cafe chatting with friends. Before they head home, the dog is of course given a tasty treat as a reward for being so good.

Later on, the man is sitting in his living room when he suddenly falls ill, reaching for his head. Perhaps he’s just suffered a stroke. His ever-loyal dog chases after the ambulance all the way to the hospital. A hospital staffer’s quick reflexes are the only thing that keep the dog from following the stretcher once his human dad is wheeled into the building. The poor dog waits outside for days, looking miserable, often laying his chin flat on the ground. When a woman who’s recently had surgery is wheeled out of the hospital, the dog runs up to her and greets her like she’s his old friend. The dog’s human dad didn’t make it, but he lives on by helping the woman who received a transplant from him.

We’ve posted this moving video above for you. It’s a poignant reminder of just how important organ donation is. Throughout the world, the supply of donated organs falls far short of the needs of the thousands and thousands of people on the waiting lists.

How did you like the way this announcement drove home the importance of organ donations? We’d love to hear your thoughts in the comments at Facebook. Be sure to like and share; it’s one way to spread awareness of this important issue. 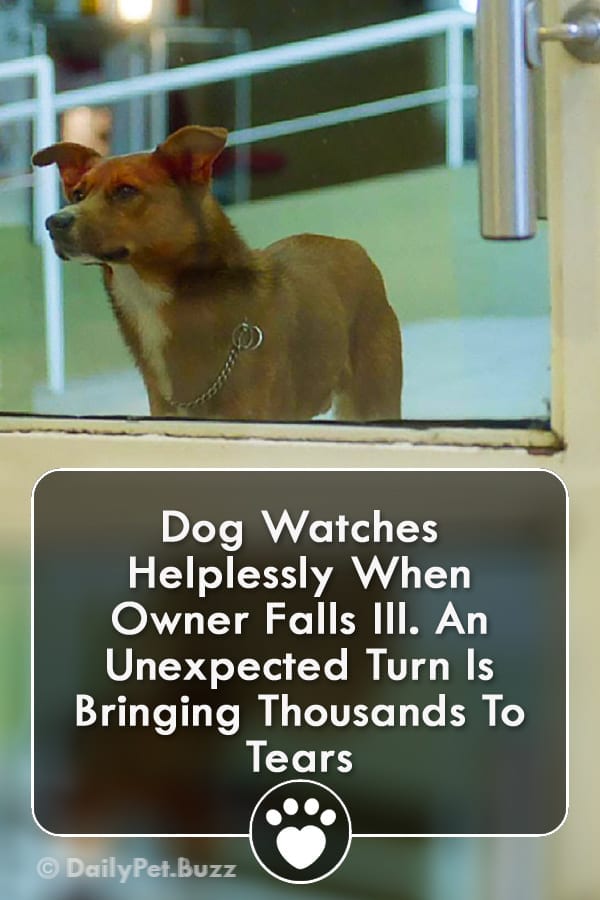