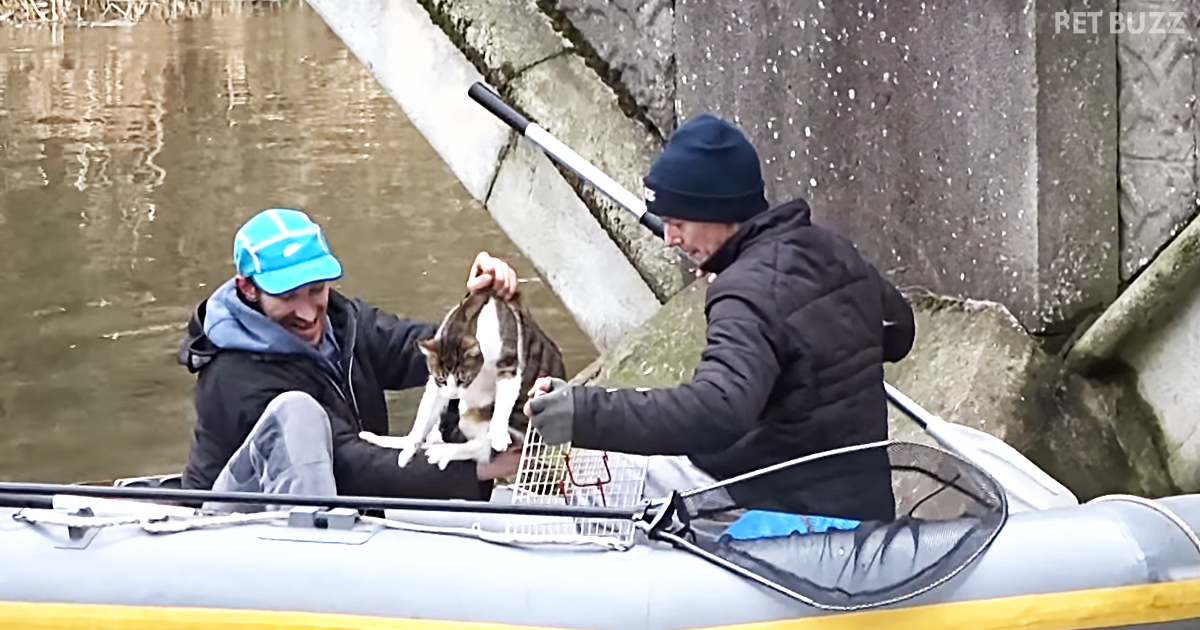 Life does bring some surprises around the corner, and when Becky Steele, a cyclist, was riding near a bridge, she was surprised to see a tabby cat stranded on one of the pillars surrounded by water. There was no way for the cat to come to safety, and it seemed that it was doomed to remain there. However, this cyclist saw two men who were preparing to launch their boat and decided to alert them to the stranded feline.

Stephen Hawkes and Danny Mealey were just getting ready to launch their boat when the call for help was heard. They were pointed to the cat, and the situation was quickly assessed. Dealing with cats can be a little tough, and when you’re dealing with one that has been missing for 15 months and is stranded under a bridge amidst an expanse of water, you know that things are not going to be easy.

However, they didn’t back away from the challenge and set about rescuing the cat. They paddled towards her, but the current of the water was pulling them under the bridge downwards, and you can see from the video that is was a struggle to remain in their position near the cat.

Even with two men, it wasn’t an easy task. They managed to reach the cat. As one person tried to make the boat stable, the other reached for the panicky tabby cat and brought her into the boat. They then paddled for the shore where the cat was handed over safely.

After the rescue, it was learned that the tabby cat had been missing from her home for more than a year. I loved watching this video simply because it highlights that any one of us can be a hero. The two men saved the cat from a watery grave and reunited a lost cat and owner. Heroics and reunions – what’s not to love? Check out this daring rescue in the video we have posted below. 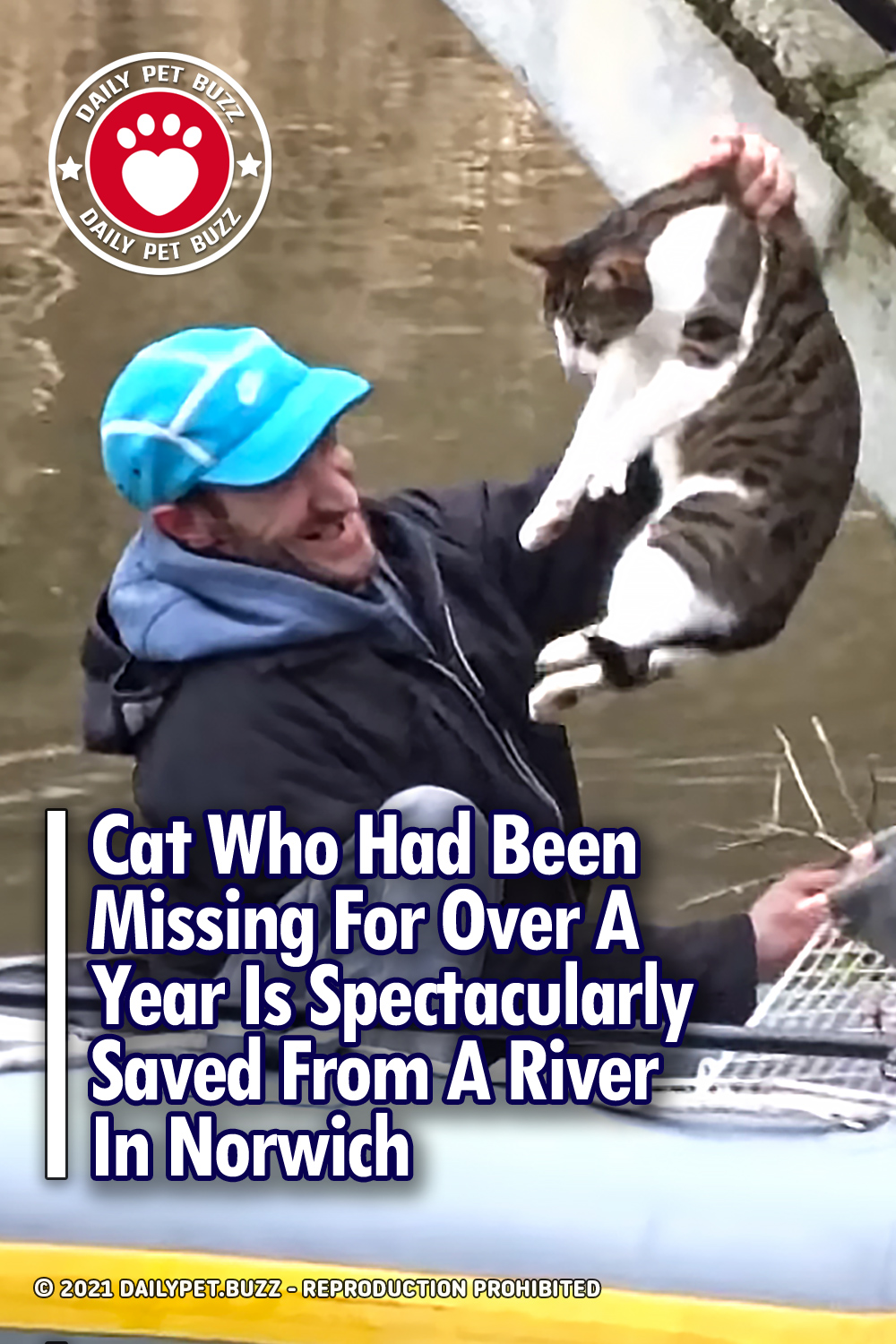