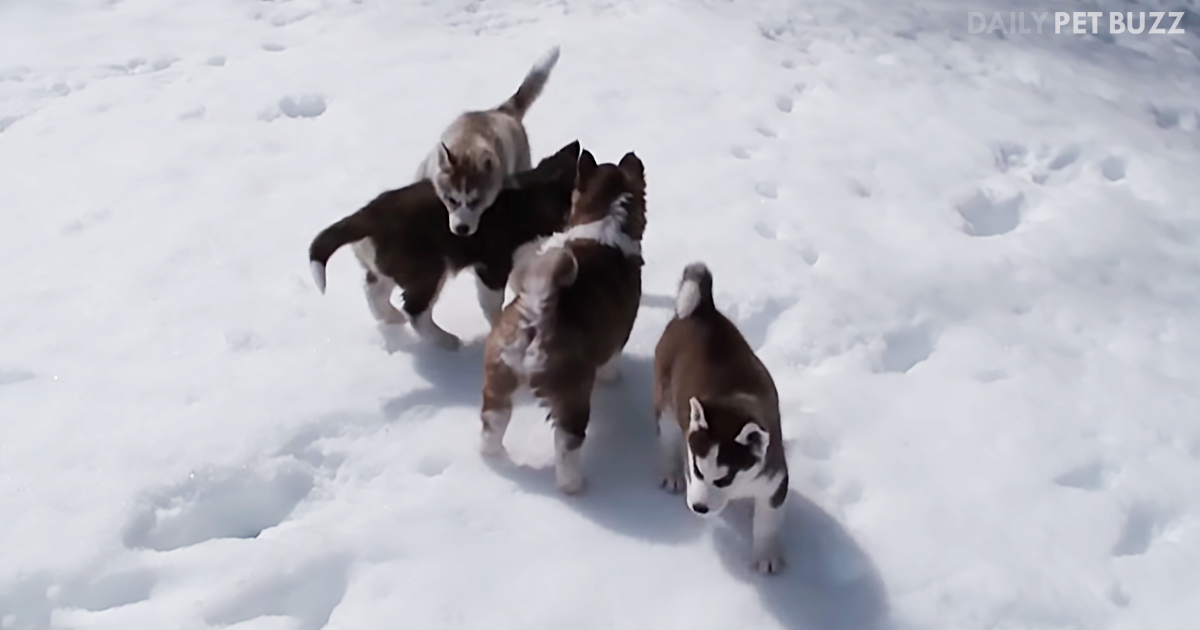 There’s something about seeing snow for the first time that evokes a strong reaction. Some find wonderment at the soft white fluff that gently starts gathering on the ground, the layers of white that pile up on the leaves. Everything seems fresh and new. Then, there are those who loathe the snow and the cold and ice and sludgy drives that follow that initial beauty. The dogs in this video, though, have only one sentiment about it: THIS STUFF ROCKS.

We see several Siberian Husky puppies being introduced to snow for the first time. The first thing that they do is sniff it. Then they start running around in it. ‘Hey, my feet can sink in it! Whoa!’ Often the next step is for the pups is for them to start romping with each other. ‘Hah! Gotcha! You’ve got snow on your nose!’

They want to explore all the territory around their place and see if there’s anything different. The people filming the video often offer commentary about what the puppies are doing. They scamper around, tackling each other, jumping around. They’re basically like little human kids, except with large padded feet and fur.

This stuff is amazing. They had no idea that they were missing it before. Hours could go by, and they would likely not notice the passage of time, they are having the time of their little puppy lives. There’s a sense of wonderment with these puppies. Many times, we also feel this same way when the first snow of the season falls. That feeling lasts for about five minutes, and then, particularly urban dwellers, we start thinking about how dirty it’s going to become and how much of a pain the slush is going to be.

I really hope that these puppies never become accustomed to the feeling of walking around on snow. I wanted to run in and make snow angels with those puppies. Don’t miss all the snowy cuteness in the video below. 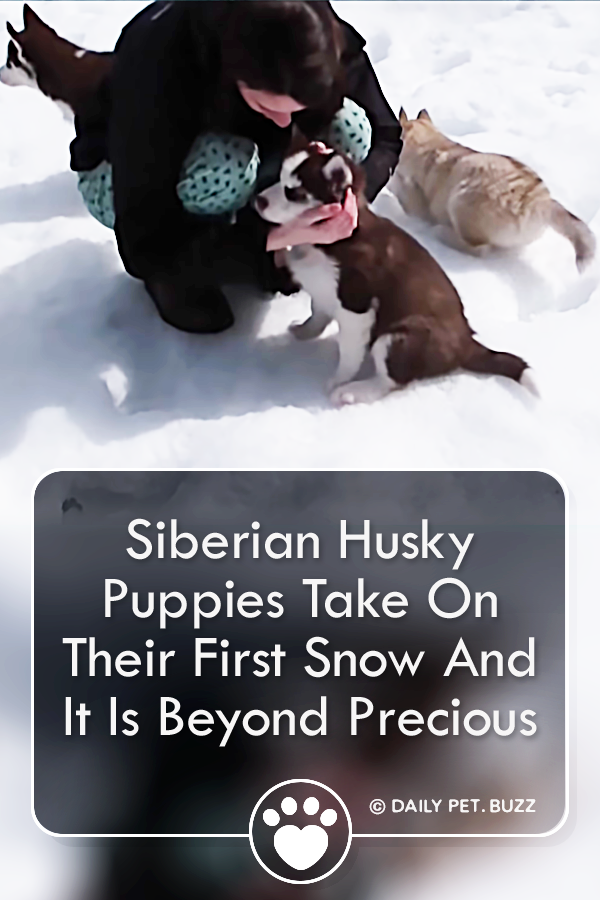