As we’ve seen in many cases before, the bond between a soldier and the military dog he served with is truly deep. In the video shown below, we see the story of Colton Rusk, a Marine who was unfortunately shot and killed during the Afghanistan war in 2010. Not only did he leave behind his precious family, but also his companion and friend, Eli, a military service dog whom he worked with. We see in the clip the moment where Eli met his friend’s family, and how they kindly decided to adopt him in the family and give him a forever home.

He was presented by a Staff Sergeant during a special ceremony in 2011, and the Rusk family all greeted him with tears in their eyes. It’s a very emotional moment. Colton’s mother says that it’s as if Eli brought a piece of him back with him, and that he passed on all his loving to the dog, and that’s why he was so happy to see them too. According to his fellow marines, Eli was with Colton during the battle where he ultimately got killed, staying loyal until his very last moment.

You can watch this heartrending moment in the clip just below. Do you like seeing cute stories like these? Tell us your thoughts in the comment section! 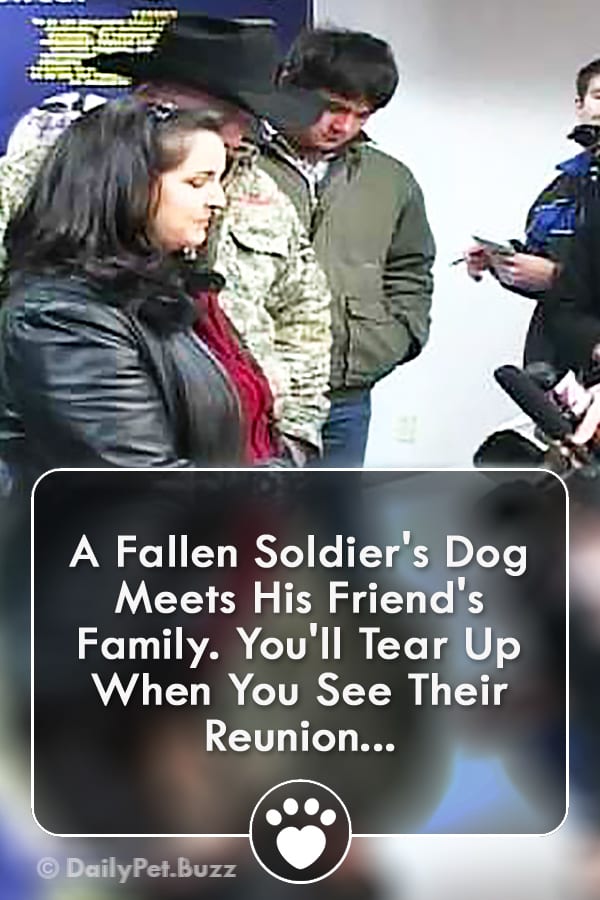