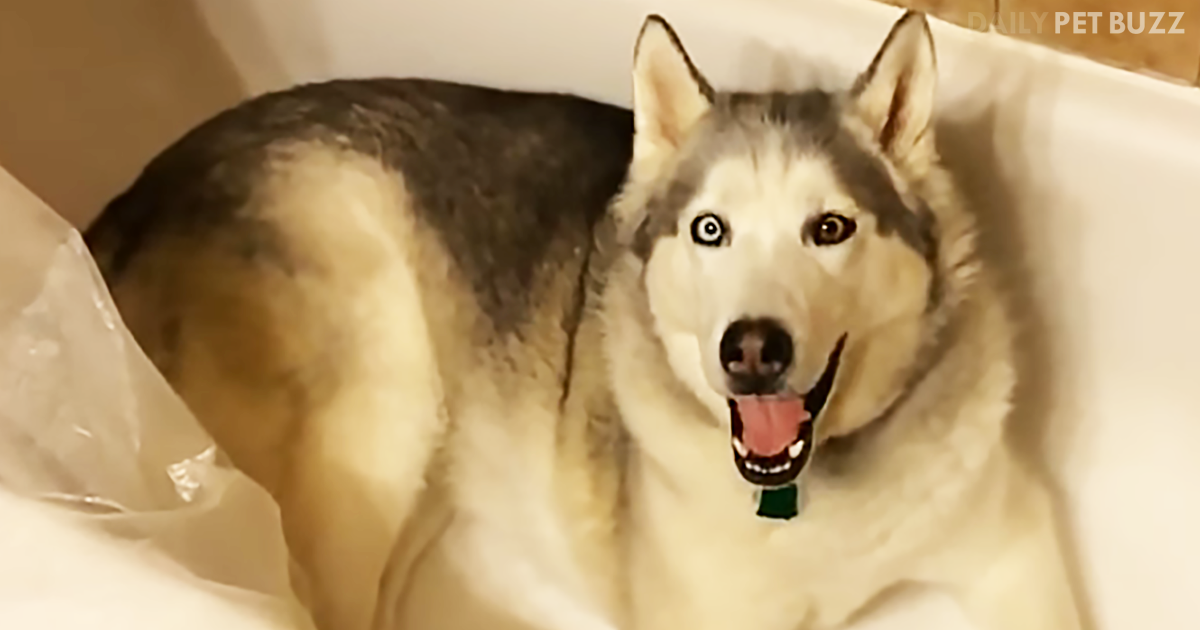 Any parent will recognize what’s going on here in this video: a power struggle. Any mother or father has experienced this at one point or another with their child or pet. The child is at an age when they might be trying to establish their own independence. A cat or dog will constantly be challenging you for the status as the supreme ruler of the household. Watch the struggle in action in this video.

We see a Siberian husky named Zeus sitting in the bathtub. He’s not supposed to be there. Mommy wants him out of the tub. He’s got other ideas in mind. It becomes a battle of wills. Who will give in first? This has obviously happened in the past since the mommy is so calm and just keeps patiently repeating that he should get out of the bathtub.

Zeus has other ideas and starts talking back to Mommy. Zeus is perhaps channeling his namesake and trying to throw his weight around. He does NOT want to leave the tub. It even sounds like he’s saying ‘Don’t want to – ‘ when his mommy keeps telling him to exit. It’s clear that he’s not budging.

Another dog comes to the tub, and even play bites his mouth as if to give him encouragement. Mommy finally gives up and turns on the bathtub, and the two dogs start drinking from the faucet. The video didn’t quite go the way that I was expecting it to – the mommy only turned the bathtub water on. If my dog was acting like that, I’d turn on the shower. That’d get his butt out right quick. Then again, the chances of getting him anywhere near that tub would be slim to none. Hence the capitulation.

Maybe mommy opted to lose the battle here to win the upcoming war. Even as bratty as he was, I have to admit Zeus was adorable. That was his saving grace. Zeus has these tantrums quite often, so mom was probably willing to count this one as a loss. Check out Zeus’ attitude in the video below. 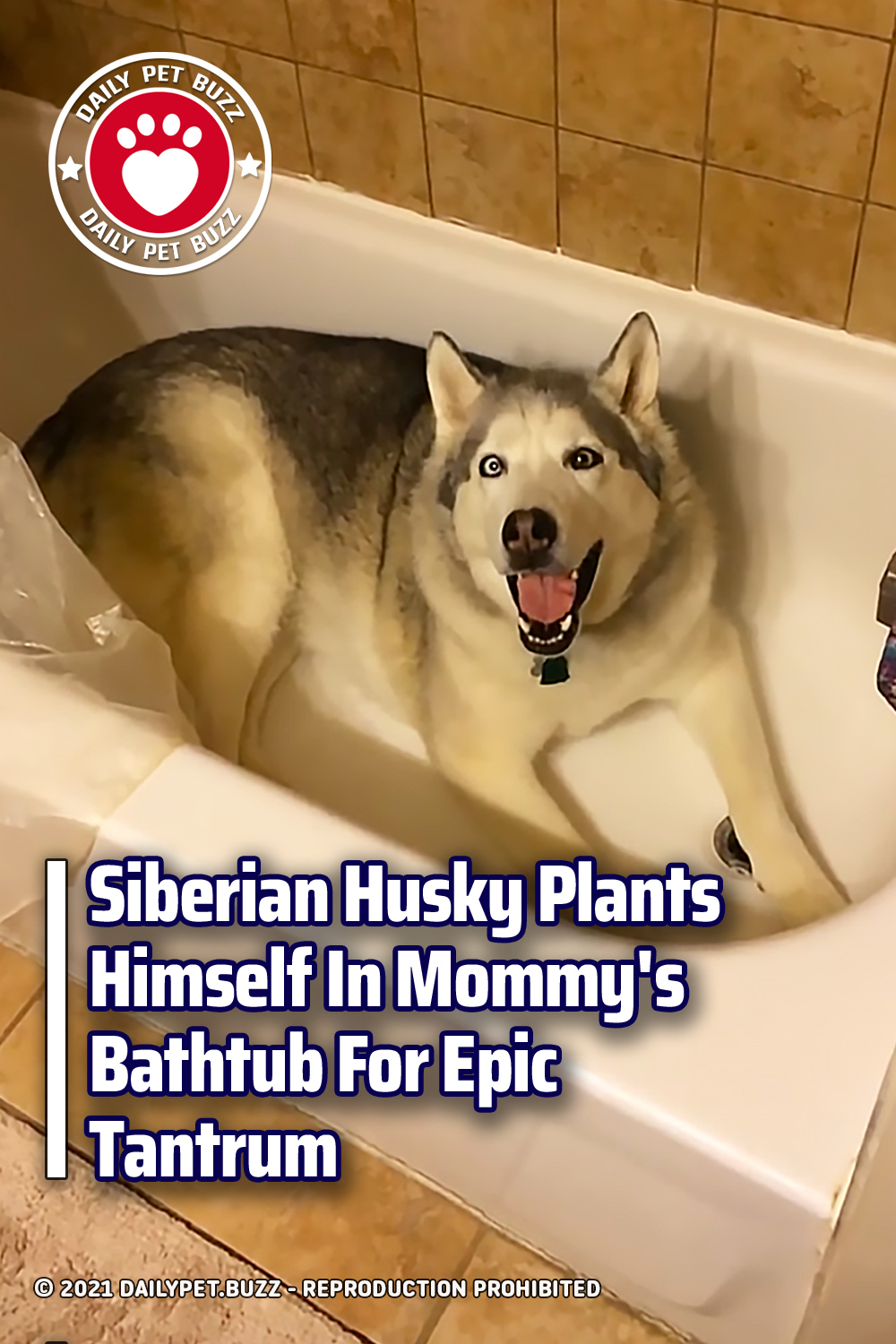