There are talented therapy dogs and then there’s Misa Minnie, who was only a month-and-a-half when she made this video. Her bag of tricks is the size of one of those large roller luggage backs. She can do SO many things ” I watched the whole four-minute video and she didn’t repeat ANYTHING.

She does the usual dog tricks like sit, roll over, beg, etc. But then she goes into overdrive ” she can push a little shopping cart, put items in it, do cone drills, paint a picture, shut a door – it’s almost overwhelming. Also, the fact that she was only a month-and-a-half makes me feel really inferior. Especially given that Yorkies have always seemed like one of the not-so-brighter breed of terriers. I mean, some of them are so underfoot that they put their lives at risk when they stand in front of you. There have been some near-misses from me having to scrape one of them off my foot.

Misa Minnie is in a category all by herself. She even has a little toy car with a license plate that partly spells her name. She also has an adorable bow in her hair. Yup, her mommy loves her very much. Also, she lives in California, so that makes sense – The best part is that she doesn’t do all this in her own home ” she goes out and shares them with people in hospitals who are sick or terminally ill. Misa does the tricks to help them get their minds off their own situation. It’s really quite sweet.

People have certain stereotypes in mind with certain breeds. Some look at pit bulls and see a vicious, nasty creature. Others look at Yorkies and find them quite dumb ” I have been guilty of that as you can see. I haven’t met any of them that are anywhere near as smart as Misa, though. These videos can help shatter that – though I’m hoping that she can turn out to be the norm and not the exception. Otherwise we have a LOT of work to do.

Seeing this video made me want to try to go hang out at her hospital just to see her in action. What did you think of it? 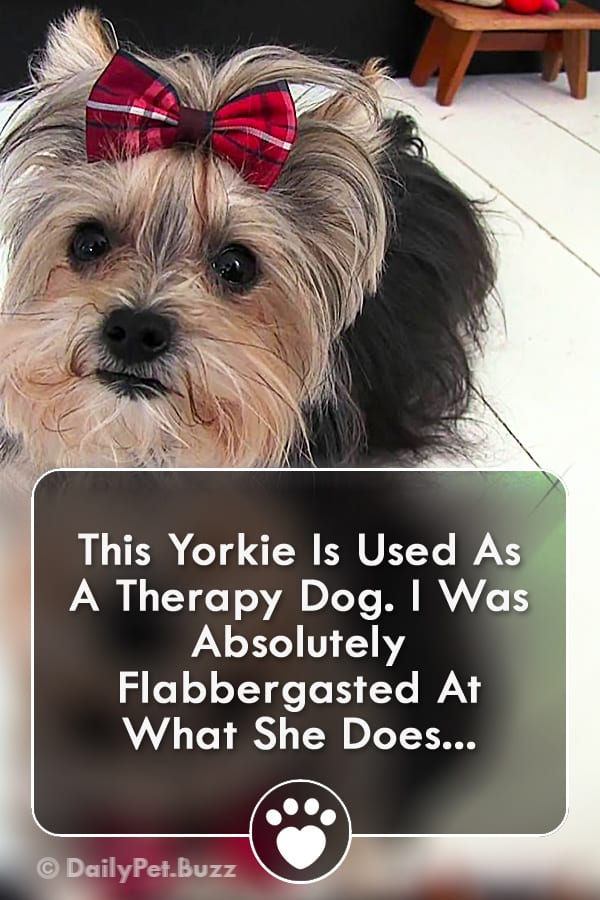