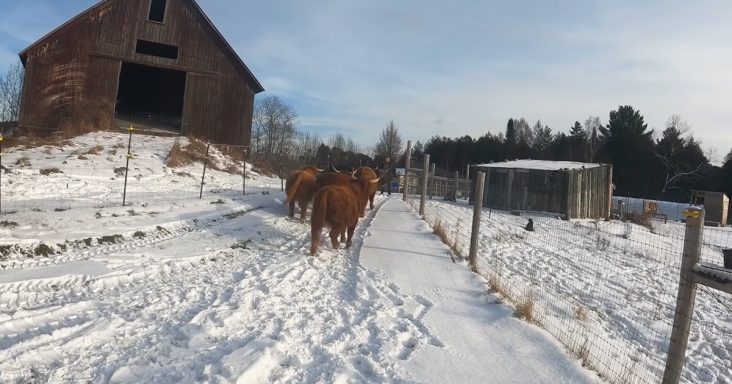 Winter arrived, and Morgan of Gold Shaw Farm was faced with the task of moving five cattle over to a barn. Morgan was meticulous with his plan to relocate them.

The barn hadn’t been used in over forty years, but the cows needed a place where they could be cozy and warm. They were staying within a perimeter fence, and Morgan was worried they would escape on their way to the barn.

He had a specific path set forth, and he blocked as many possible exits as possible. He has been training the cattle to follow him using a bucket with treats for the past few months.

Inside the bucket are cubes of alfalfa grass which the cows absolutely love. When it was time to finally move them out, Morgan called over his friend Tom to help him.

Tom watched the cattle from the back, and he recorded the entire process. It was a slow walk towards the barn, and the cows turned around a few times.

Once they arrived by the barn, Tom closed the gate behind them. Then the cows happily grazed around. Morgan found the process a lot easier than he thought it would be.

Morgan checked the barn the following day, and the cows had cleared a lot of the hay and grass he left for them. They have still yet to stay inside the barn, but they are still adjusting to the new environment. 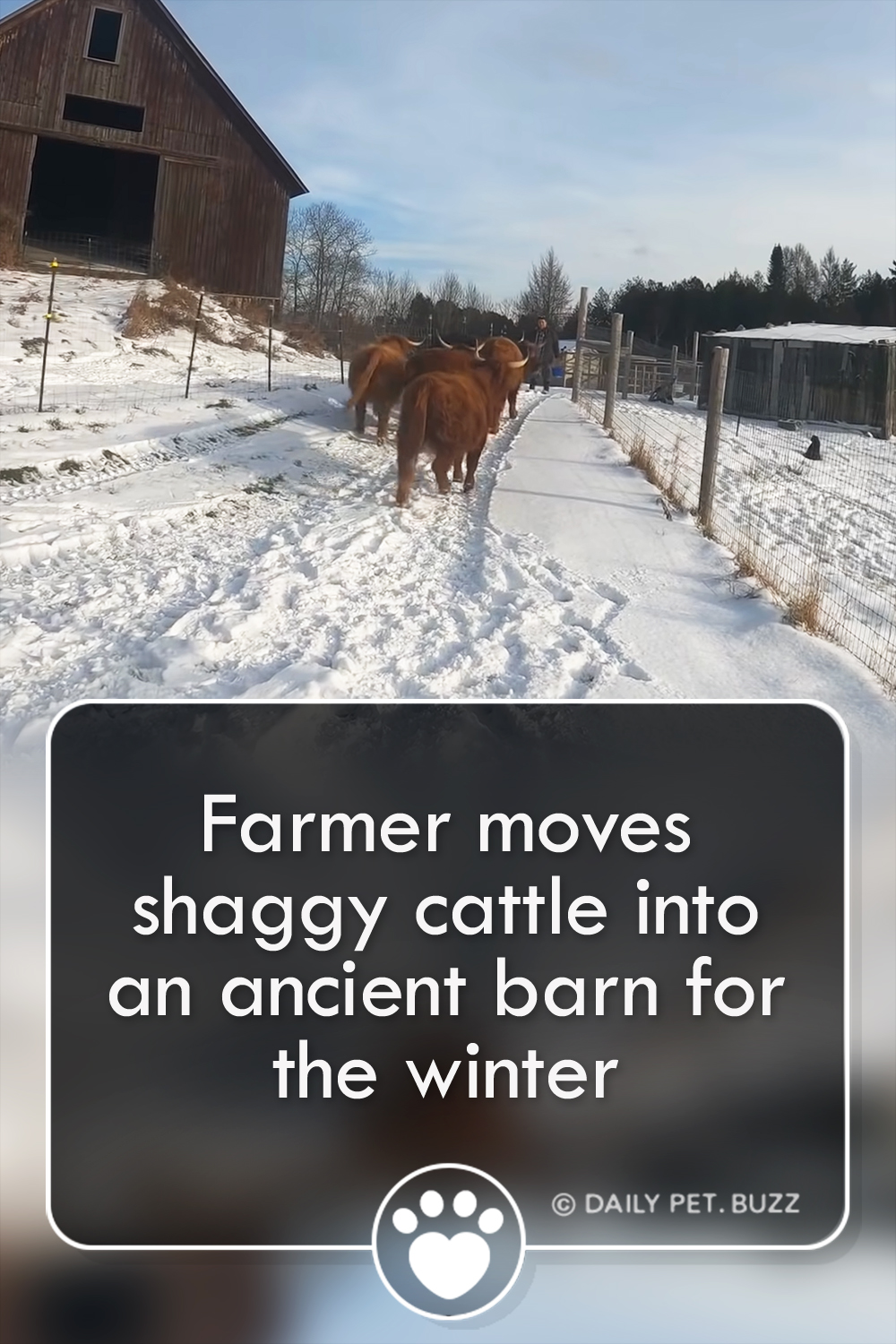