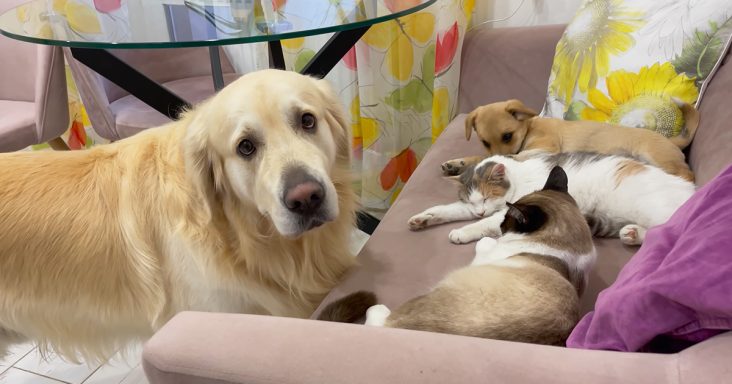 Bailey, the Golden Retriever, was surprised when he saw three of his furry friends occupying the entire sofa. There were two cats and the cutest puppy resting on the comfy cushions.

The puppy looked happy when he saw Bailey approaching them, but the cats didn’t seem to care. Bailey had a confused expression, and he lied on the floor and started to whine.

Meanwhile, the cats closed their eyes and fell asleep. The puppy was wagging his tail and closely watched whatever Bailey was doing. Bailey squished his nose right up against the sofa.

No matter what he did, the cats and puppy did not move. Bailey’s mother was nearby, and he looked at her with a sullen expression. He appeared to be asking his mom if she could get them to leave.

All his mom did was give him pets and scratches. Bailey stood over the couch, and they were not bothered at all. He was at his wit’s end and didn’t know what to do.

Bailey began to bark out of frustration. It wasn’t a particularly aggressive bark; he was being loud and clear. One of the cats got up and walked away.

Then Bailey forced himself into a tight spot on the corner of the couch. That made the other cat leave as well. Bailey settled himself with his legs on the armrest, and the puppy remained beside him. 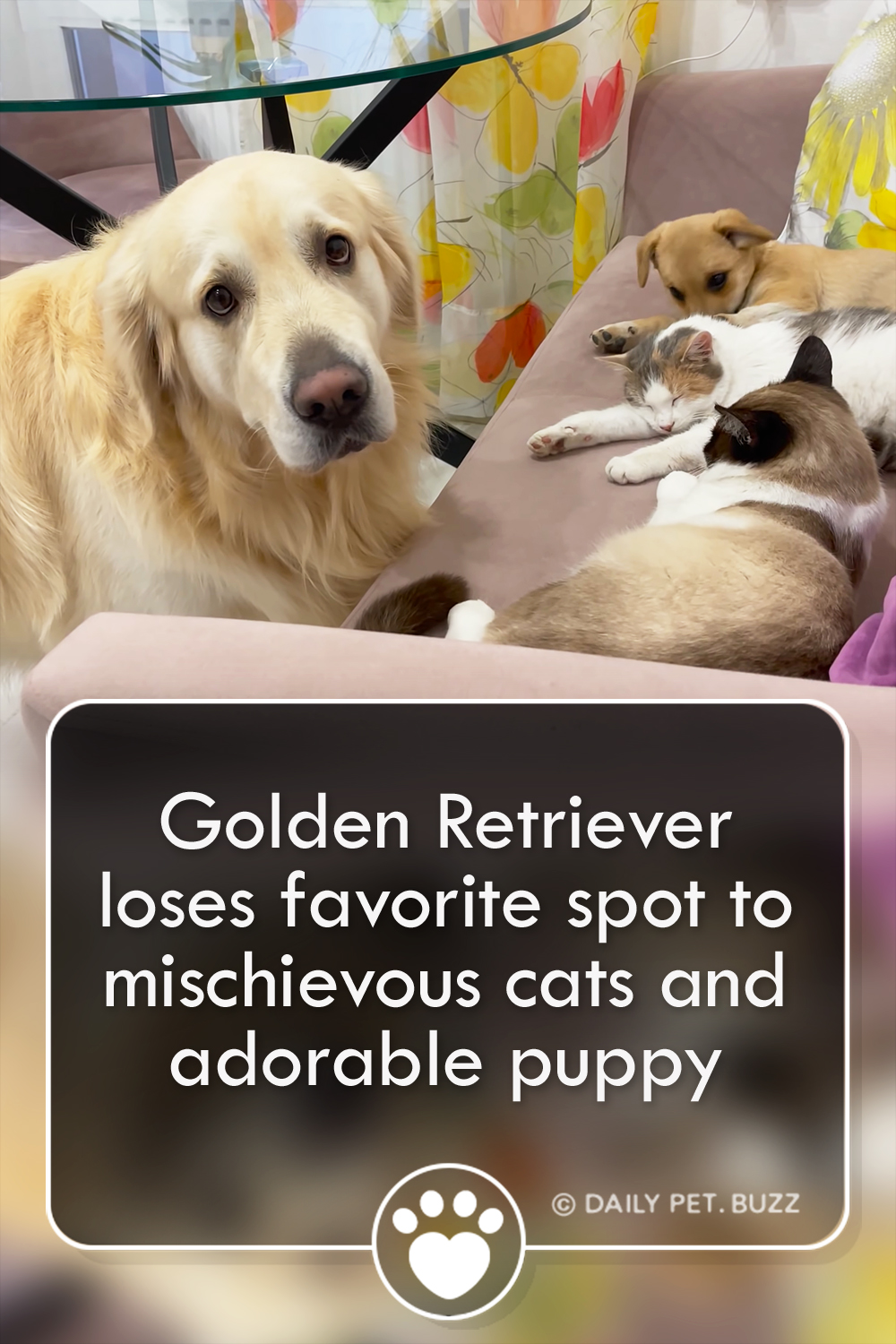