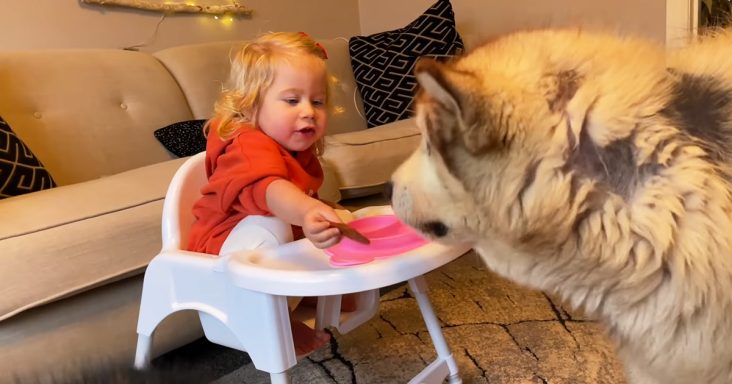 Little Amelia was sitting in her tiny chair enjoying a cup of yogurt, and she was surrounded by her furry friends. Phil the Malamute was watching her closely.

Amelia’s mom sang for her as she ate, and Amelia smiled widely while handing Phil the nearly empty cup. Phil licked the edges of the container and gently grabbed it so he could put it on the ground.

He finished the rest of it, and Amelia accidentally dropped the lid on the ground. There was yogurt on the floor, and Phil happily cleaned it off with his tongue.

Snack time wasn’t over, and there was a surprise for Amelia. She closed her eyes, and her mom surprised her with marshmallows which are Amelia’s favorite thing to eat.

Amelia smiled from ear to ear, and she asked for a bowl to put the marshmallows in. She put them in a bowl, and Teddy the Malamute was standing in front of her chair.

Amelia told Teddy that the marshmallows were not for him with a stern and loving voice. He backed off, and Amelia joyfully finished her surprise, and all the siblings enjoyed their snacks. 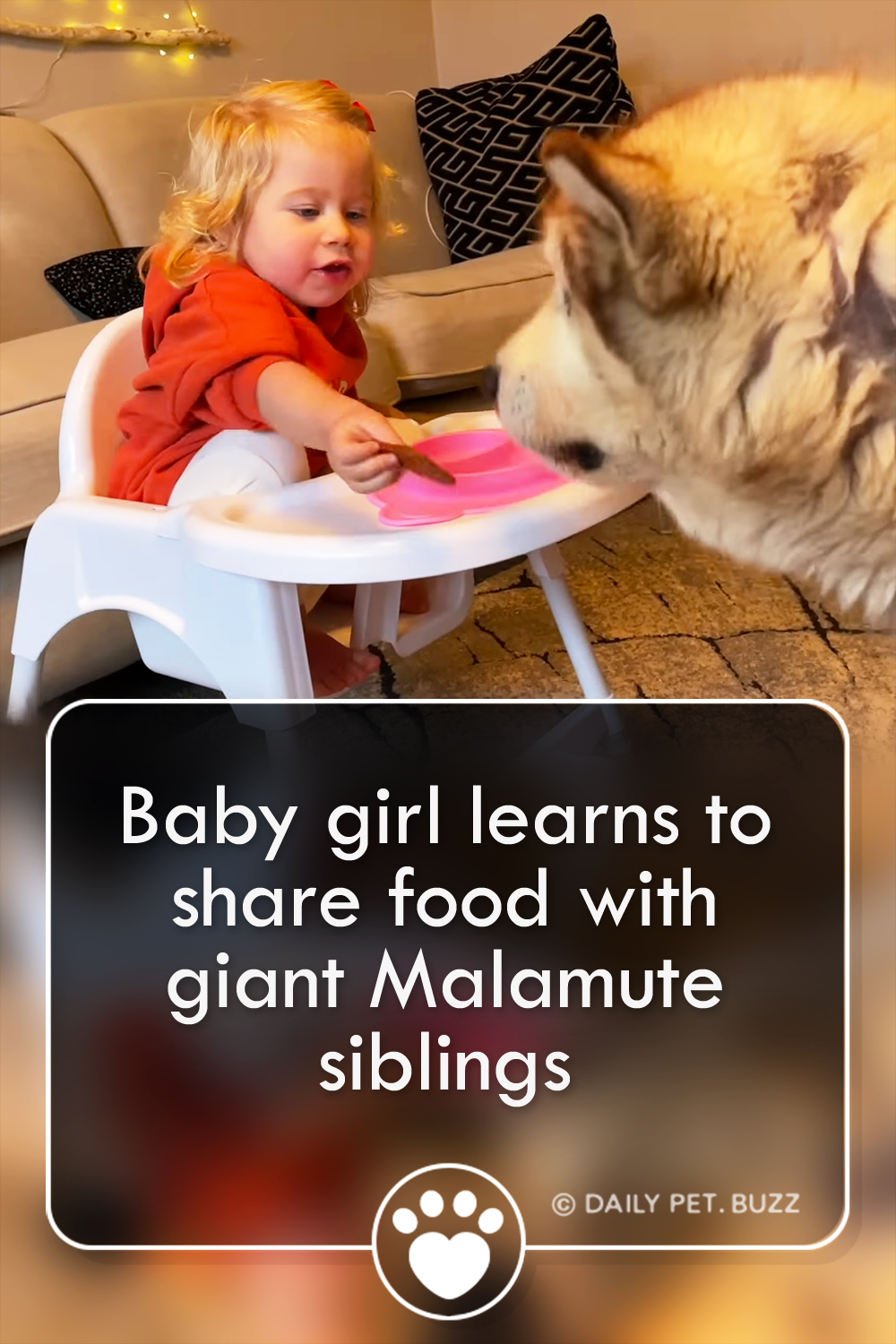