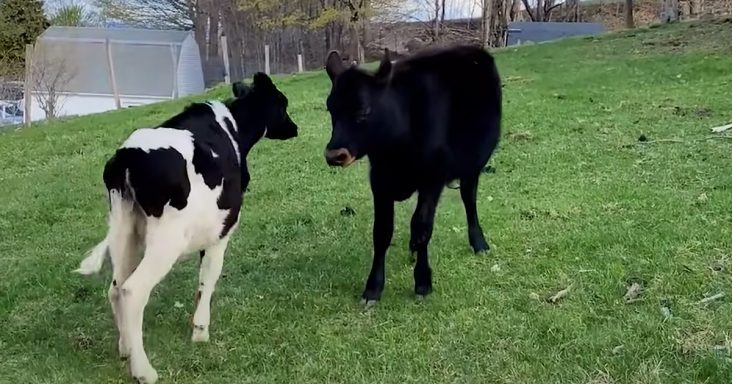 Tiffany and Joe of Sleepy Pig Farm Animal Sanctuary remember when they rescued their first calf, Redding. The baby cow was licking Joe’s ears at the car’s back seat.

When Redding arrived at the sanctuary, it was his first time being outside and seeing grass. He was ecstatic and ran around. A month later, he became bigger, and his coat got darker, but his personality hadn’t changed.

Redding was staying with the pigs, and they got along very well, but Tiffany knew that he deserved to have a friend who was just like him. Thankfully they heard about a calf named Sadie.

Sadie was living in a neglectful environment, and when they brought her to the farm, Sadie was afraid of everyone. With time and patience, Sadie slowly learned to trust Tiffany and Joe.

They kept Sadie in quarantine for a month, then they thought she was ready to meet Redding. When the two met for the first time, they initially didn’t know what to do.

It didn’t take long before they were “lovey-dovey” with each other. The two calves began licking each other’s ears and chasing each other like old friends. The two became inseparable.

Tiffany says that they are perfect for each other because they have opposite personalities. Redding is like a giant puppy always getting into trouble, and Sadie is sweet and gentle. 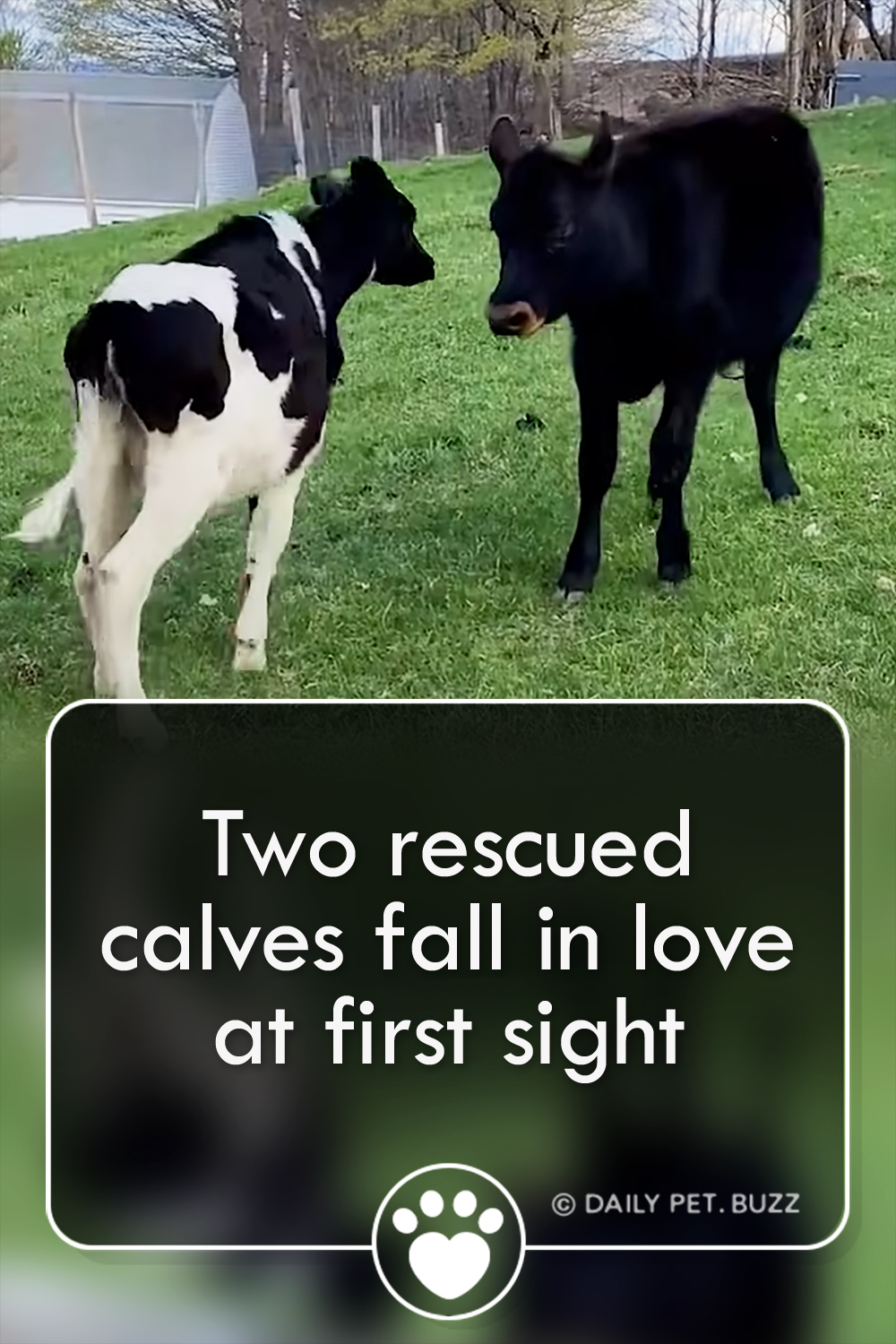