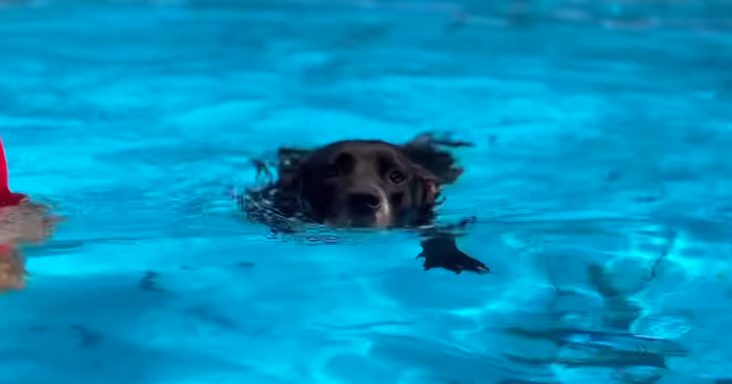 Shadow is a rescue Staffy at Doggy Daycare Farm Trips who has a big litter of puppies. On Boxing Day, she was given a break away from her babies so she could take a relaxing swim.

Luke led her to the pool, and he was wearing a white hat and a red swimming outfit. Shadow was wagging her tail excitedly as she followed him towards the water.

They both slowly walked into the water while Luke was in front of Shadow. She was a bit hesitant at first, but she got more relaxed when she was in the pool.

Luke constantly reassured her and stayed close so Shadow wouldn’t get nervous. Outside the fence, other dogs wanted to get into the pool.

Shadow was a great swimmer, and Luke guided her around the pool. He swam with her, and she loved standing on the shallow part where the water was up to her legs.

Luke soothed Shadow by gentle splashing water on her back. Shadow’s ears were tucked, and she looked very peaceful. When she saw the other dogs, she growled at them, and Luke told her to ignore them.

After a nice swim, Luke and Shadow walked out of the pool. She shook off as much water as she could, and she was probably excited to return to her puppies. 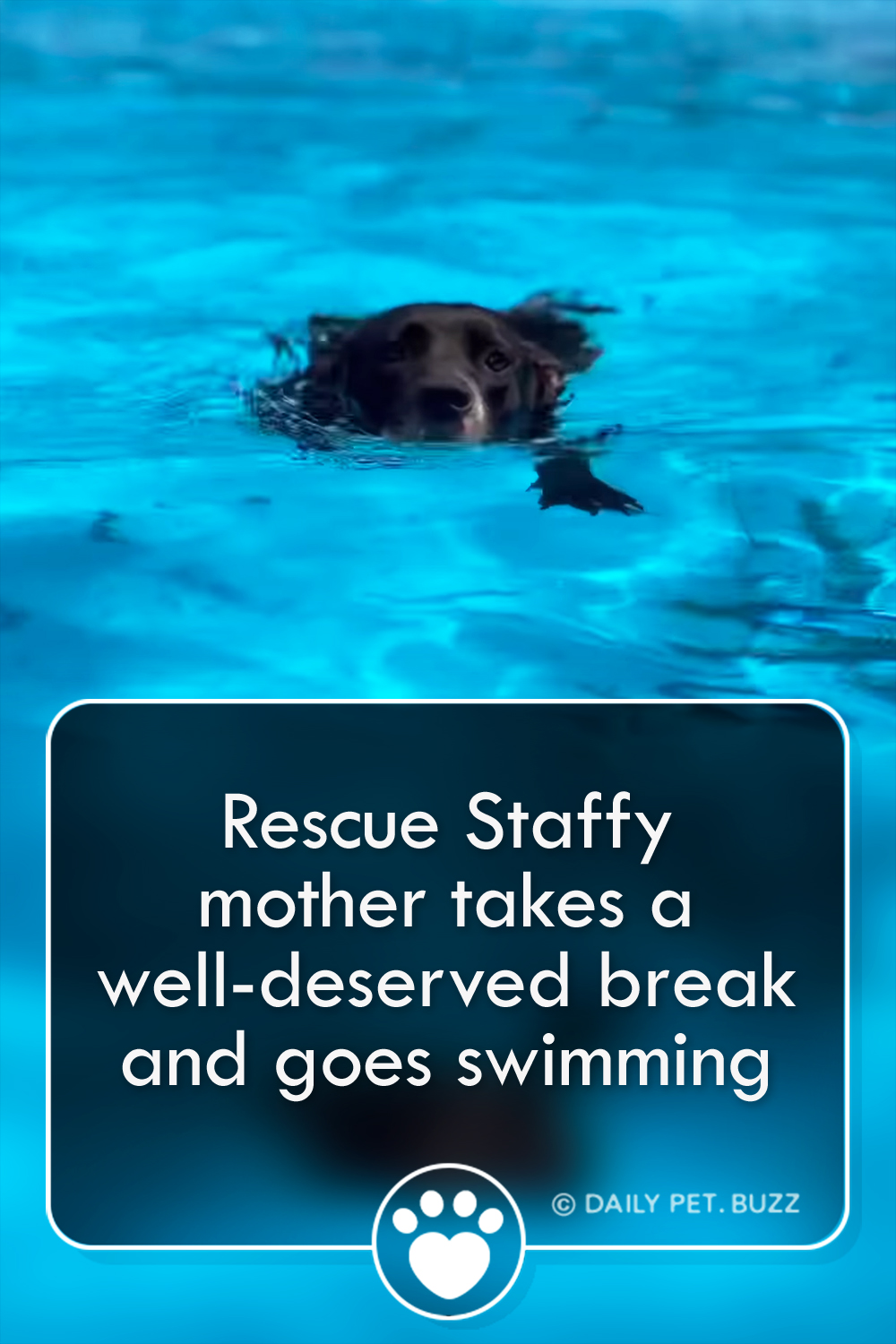