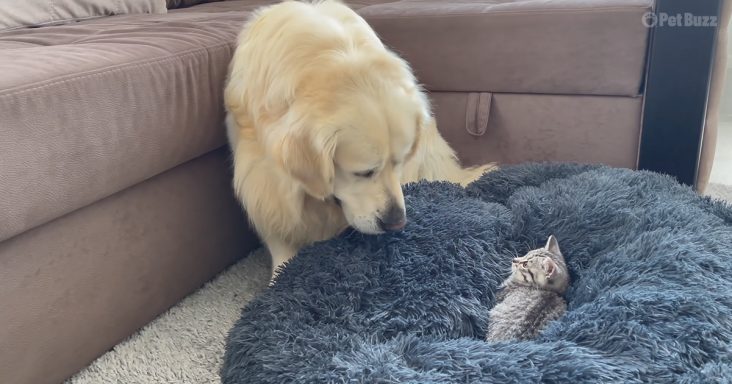 In the middle of a very comfy bed, a tiny kitten was curled up, and she could barely be seen. But it wasn’t actually her bed, and the rightful owner came rushing in.

Above her, a Golden Retriever looked down with confusion and frustration at the sight of a kitten in his favorite resting spot. The dog started barking, but the kitten wasn’t even bothered by the sound.

The kitten watched as the dog tried several different ways to get her to move. Golden Retrievers are sweet, and he was no exception. He was irritated but still didn’t want to be mean.

He tried his best to fold the bed or move the bed to get her off. But the brave kitten didn’t move an inch. She even showed her teeth as a sign of her courage.

As the dog continued to bark, it was clear he was getting a bit tired. He laid down on the bed across from the kitten, and maybe they could share the bed instead.

Even then, he didn’t want to share the bed. He gently nudged the kitten and the bed, but he didn’t get the results he wanted. The adorable kitten probably thought they were playing.

Eventually, the Golden Retriever calmed down and was lying on his side. The kitten got close and cuddled him, and she then climbed on top of him and rested there. 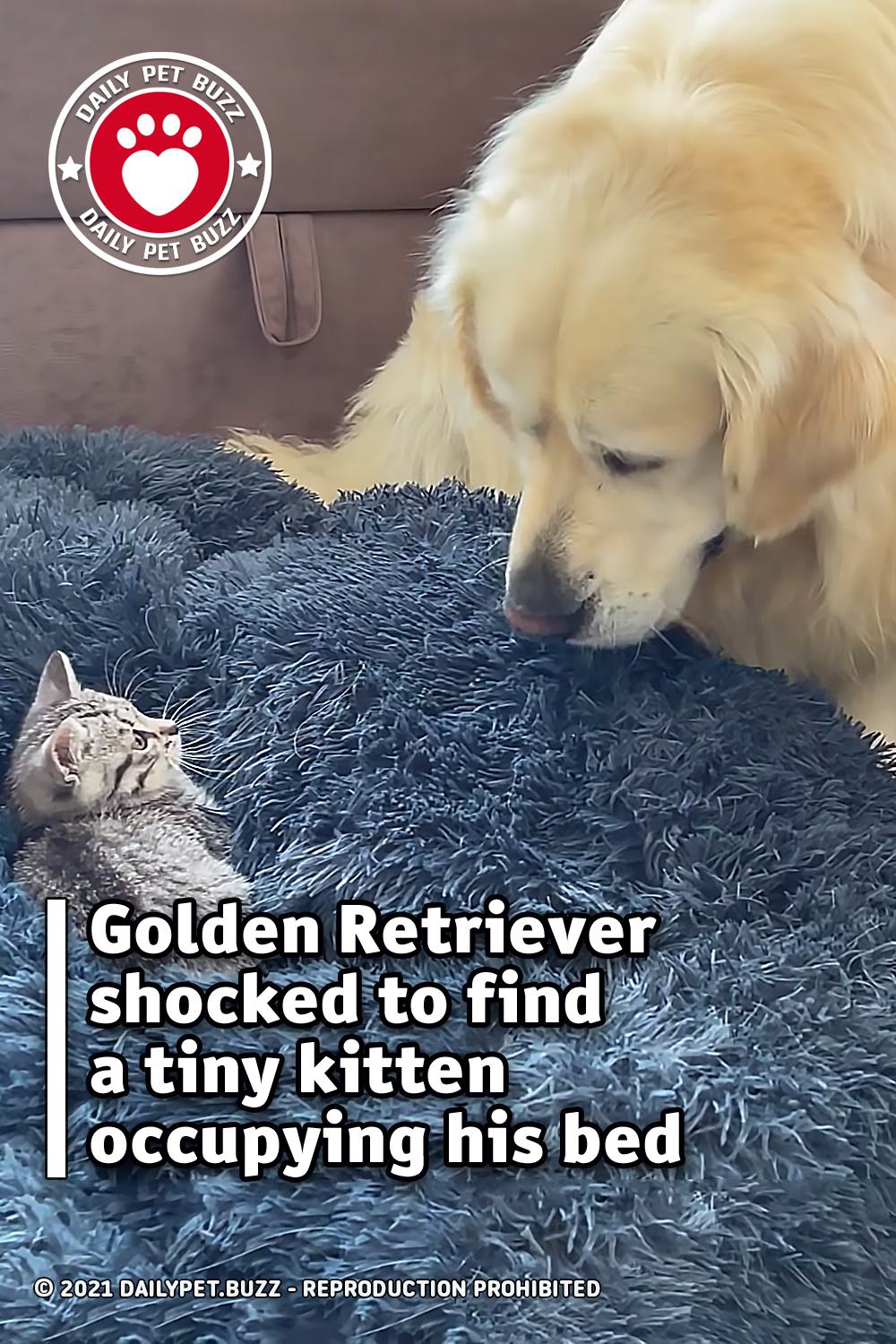