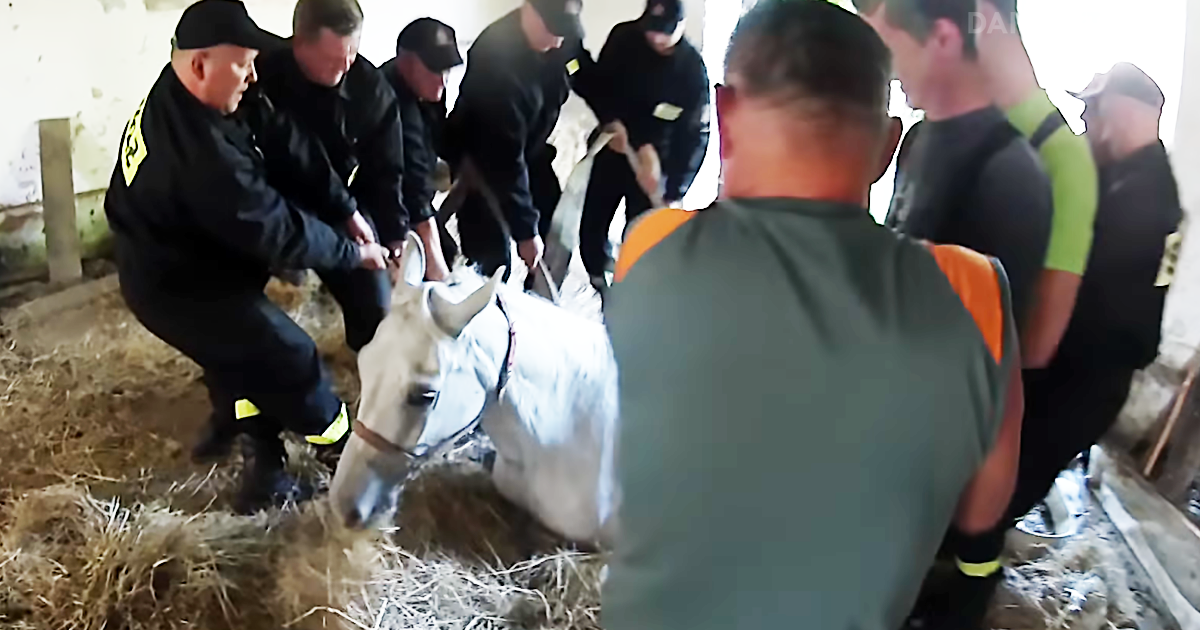 It’s heartbreaking to find an animal in trouble. What’s worse is the feeling that no matter your best attempts or the ones of other people around you, you still can’t free the animal. That’s just a devastating feeling of failure. The animal may be looking at you with trusting eyes, and you know you’re letting them down.

That’s the feeling that a Polish farmer named Marek was having for a while when his horse, Freedom, fell into a hole in a barn. After discovering that Freedom was stuck in the hole, we see Marek hastily filling a large container with bales of hay. He puts the hay in the hole to see if it can boost her up enough to get out. No-go.

Marek calls the fire department, who try to use their hoses to lift her out of the hole. After standing for so long, she’s too weak to be able to offer assistance, though she does eat some hay in the middle of one of the lift attempts.

Those words seemed to galvanize her, and she stood up and tried to jump some, getting one hoof out of the hole. The firemen used the hoses again to hoist her up, focusing more on her back end, and she was up and out!

Now Freedom is in a pasture and doing just great. It just goes to show you: Never give up on trying to extricate yourself from any kind of trouble. There’s always going to be an inner reserve of strength somewhere. She could find it after hours of standing in a hole. You can find it no matter what you are going through. Though you still might need the help of others around you too. No one can do it all alone — what an amazing story.