The world is full of magnificent animals. We are very lucky to get to share this world with them. The fact that we have the Internet now makes getting to meet them a lot easier. Of all the animals, horses have a very special place in many people’s heart. First, because the relationship between man and horses has extended for thousands of years. Horses became one of the first animals to be domesticated. This made him present in all stages of human life.

One of the first uses that man gave horses was pulling. This helped man get an edge on many trade activities. People could now get their products where they needed much faster. The horse was then used for other tasks such as delivering mail. In an age where mail was delivered on foot, horses came to the rescue of many ‘postmen’ who would now be able to take it easy and deliver their messages a lot faster.

From there on, horses began to have a more widespread use in many aspects of the military. Horses started to provide soldiers the chance to strike with a reduced rate of error. Because horses are strong animals, they could fight in battles for hours without getting tired. Finally, man had found his most faithful companion. This relationship would lead to many different breeds. People started to become real experts at developing new breeds to serve different purposes.

Horses have also been the subject of beauty pageants with the stars of the show being the horses themselves. Many beautiful horses started to be under the spotlight. They took pictures of them and made all sorts of items, the most popular would be: calendars.

Among these fine horses, there is one horse who has the entire Internet up in arms. He is a beautiful Friesian stallion. He’s completely black. He is being called the most handsome horse in the world and with good reason. Seeing him in action is like seeing music move. He is known by the name Frederik the Great. He is a very physically fit horse with a beautiful black sheen that makes him stand out. It doesn’t matter if there are other horses around. He’s always the star of the show.

But Frederik’s unique coloring isn’t the only thing that’s catching headlines. Just look at that stunning mane! Watching it flow perfectly down his neck while he is running is like poetry in motion. Frederik belongs to Pinnacle Friesians. They are based in the Ozark Mountains. Everyone that sees him agrees that he has one of the shiniest coats that they have ever seen on a horse. Just watch! 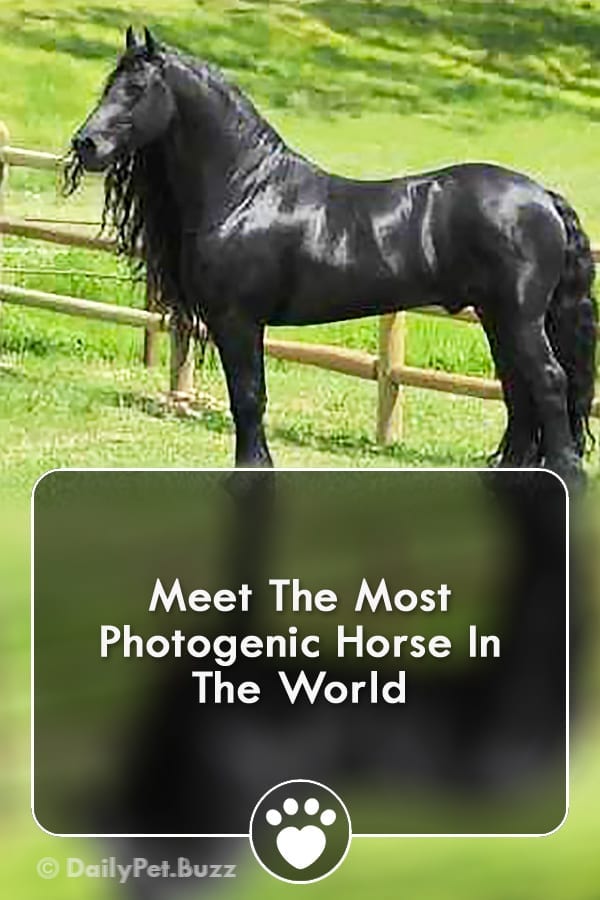