Tory Island is a small and remote place, just off the northwest coast of County Donegal in Ireland. There are fewer than 150 residents living there amid the epic scenery. One of them is a Labrador Retriever named Ben.

Animals sometimes form unusual and unexpected friendships and that’s certainly the case with Ben and his best friend. Almost every day, Ben can be seen running from his home at the town’s hotel down toward the harbor. He trots along a pier and then makes his way down some old stone steps that lead straight into the water. When he gets near the bottom of the stairs, Ben leaps off and starts swimming out into the harbor (he’s an excellent swimmer). This is where Ben meets his friend: a dolphin! Locals have named him Duggie the Dolphin. The two unlikely friends frolic and play. Ben has plenty of friends back on land, but his bond with Duggie is obviously a remarkably strong one.

Ben can’t get enough of Duggie. He’ll spend hours with him and there have been a few occasions where Ben was so exhausted he was in danger of drowning. Duggie, however, knows all about the water and would never let his canine friend come to grief. When necessary, the dolphin will actually hold the dog up and help him get back to shore! One curious thing that Ben’s owner has noticed is that the dog seems to know when the dolphin is nearby and will suddenly run off to the harbor to meet up with him.

We’ve posted a video clip about this incredible story below. It’s one of the most unusual friendships out there, but as you’ll see, it works. 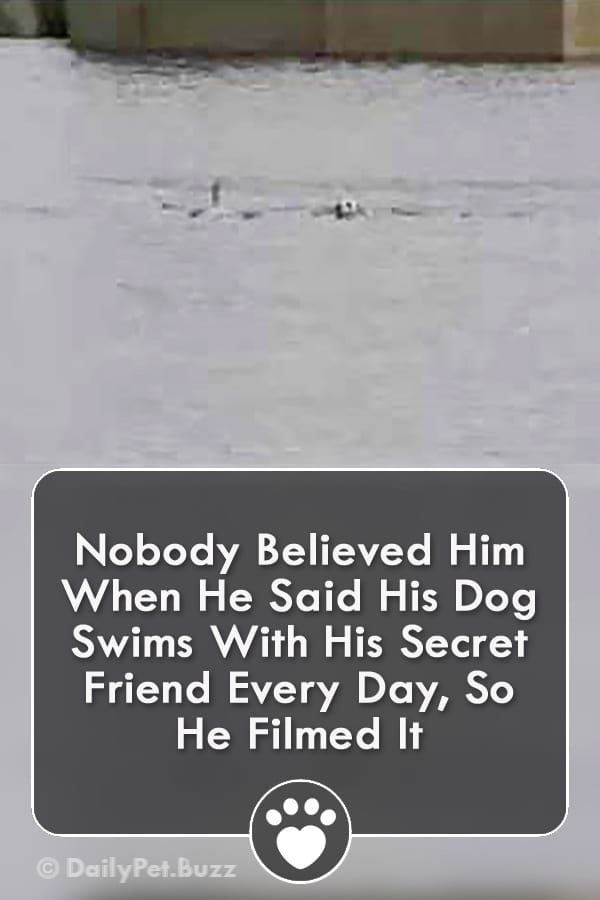