Many of us tend to believe that animals don’t have feelings and emotions. They stay with you only for food and shelter. Those of you who feel that way are going to get a big dose of reality when you watch this clip. This video will prove you wrong!

The Rottweiler in this video is named Brutus. And the one lying next to him is his brother Hank. Brutus finds out that his brother passed away in his sleep. When you see the reaction of this dog to the sad news, you will not be able to hold your tears. The grief-stricken look on his face is extremely heartbreaking.

Brutus does not want to leave his brother and will not budge. He lays on top of his head. Brutus has never whined or cried out in pain the two years this owner has had him. But you can see in his eyes, he is crying for his brother who had passed as his world around him just crumbled. His owner and Brutus both grieve and cry for Hank.

This is proof that animals do have emotions and feel pain just like we do. The owner explains that Hank was part of his therapy dog service, and suddenly stopped eating. He was drinking and nibbling a bit on his food, so the owner thought Hank was still okay. One week later, he and his other dog, Brutus, woke up to find that Hank had passed away in his sleep.

Watch the video above. Let us know how you felt watching it in the comments below! 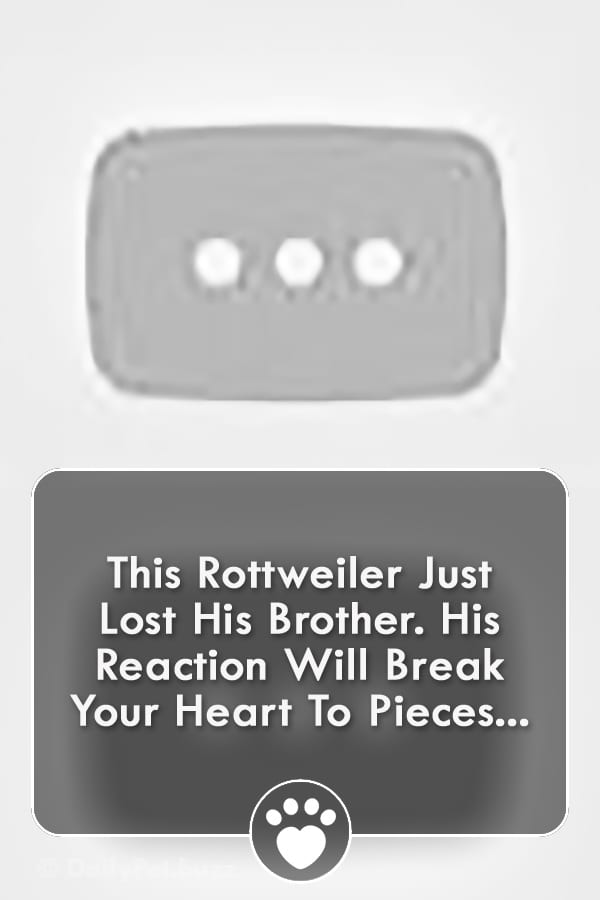