Usually puppies are at three settings – loud, louder and asleep. There’s not much in between. They have so much energy to burn off that being quite is simply not possible. That’s why I almost fell over in shock when I saw what this puppy was doing with some felines on a couch. He was being – quiet? Attentive? For a few seconds I had to wonder if this was actually a stuffed toy with the kittens – but it’s not.

We see three kittens and a puppy all lying on their backs. The kittens are snoozing away and the puppy is doing his utmost to not disturb them. He’s just keeping as still as he possibly can. The kittens all stretch and sometimes wake up before going back to sleep. The little pup still doesn’t move – He’s being so sweet. I hope that he got a lot of doggie treats later or just some pats on the head.

This is the politest puppy that I have ever seen in my life. Usually the ones that I have viewed are rambunctious and can only stay still for possibly 10 seconds before feeling the need to move somewhere else. What we have here is a real anomaly. A cute anomaly, but still – most puppies would have been up and moving well before this video ended, not acting as a pillow for a kitten.

That pillow part, that is what wound up making me melt into goo. The kitten was resting his head on the puppy’s chin and the puppy was taking it! Well, maybe the little guy is afraid of the young feline’s claws. Who can blame him? I’m sure that all four of them grew up to be great buddies with each other. Who knows if he remains as a pillow for the cats. Then again, friends will do anything for each other.

I have to say that this is one of the most precious videos I have ever seen. How about you? Tell us all about what you’ve seen in the comments. Also, please ‘Like’ us on Pinterest! 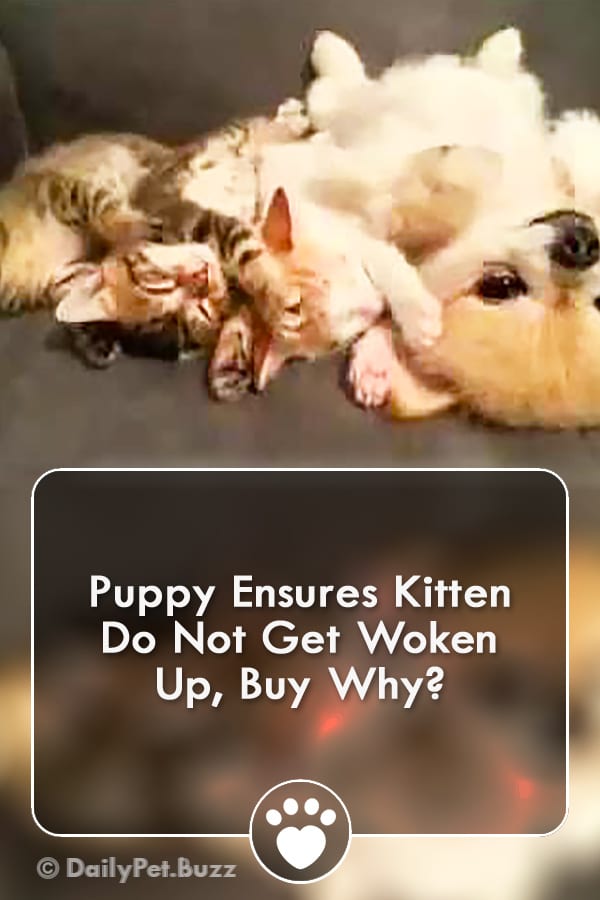