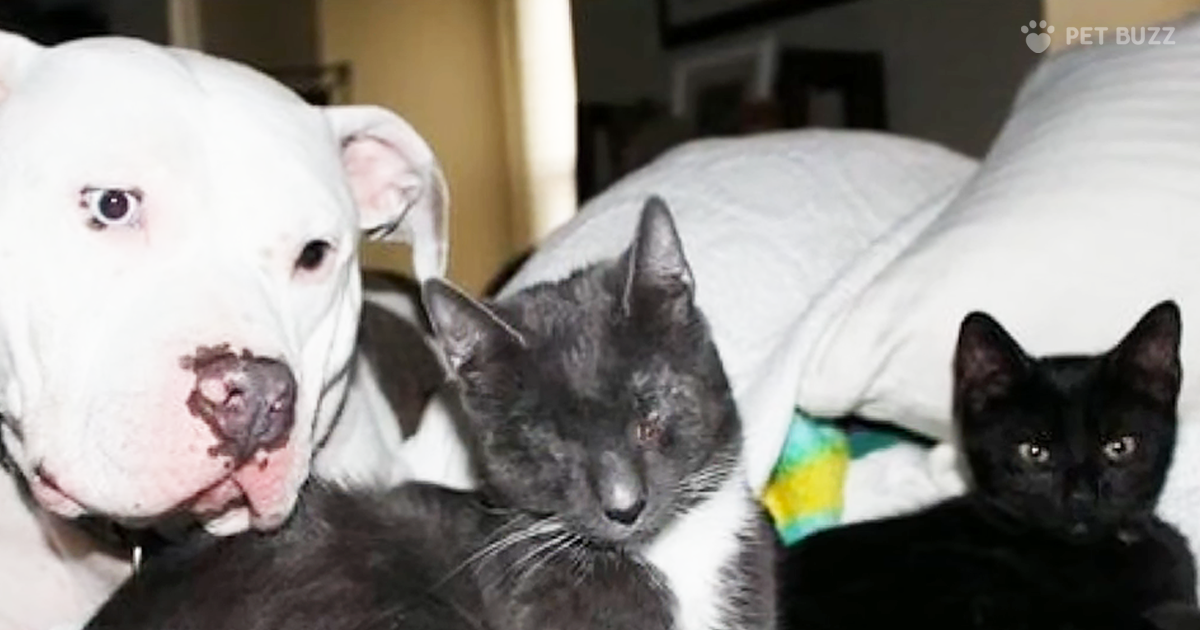 I think that people that foster animals have some of the biggest hearts out there. They know that the chances are good that someone will come to adopt one of them sooner than later, so it can be hard to form a long-lasting bond. But they have to know that they are doing a world of good for these animals during the time that they are there.

It’s a tough world out there, but this video shows that a woman named Sherry can make it a little easier for the animals featured in it. Sherry brought two Pitbulls, Alfie, and Frankie, home from rough situations. Rescuing these two loving Pitbulls would be a great story in of itself.

So many people think that this breed is bad and tend to ignore it. Sherry finds that image to be wrong, and the dogs are that much better for it. Don’t get ready to close the book on this – there are more chapters to come.

Sherry was going to get even more guests in her home. Three kittens, Helen and two brothers, Bruce and Willis (Gee, wonder who inspired that) came to a shelter, and all of them had such serious health issues that their eyes had to be removed. That’s when you know they were in bad shape because that is one of the most drastic things that can happen.

But then Sherry took them in, and her dogs also accepted all three kitties with wide arms – er – paws. The Pitbulls showed why they used to be thought of a great family dog by spending so much time with these cats.

The cutest sight in this video is when one of the kittens is sleeping on top of one of the sleeping Pitbulls. His hair color almost makes him blend in with the pooch. It was almost like one of those ‘Can you find the hidden image’ photos. The bonding between all of them is so adorable – almost too adorable for words.

These kittens have had it rough already, and having these welcoming souls is the best thing that happened to them. Hopefully, someone will take all three kitties, but for now, they have the best possible acclimation. It can be a bit jarring to see the blind cats, but they look like they are very resilient. Check out this neat foster story in the video just below. 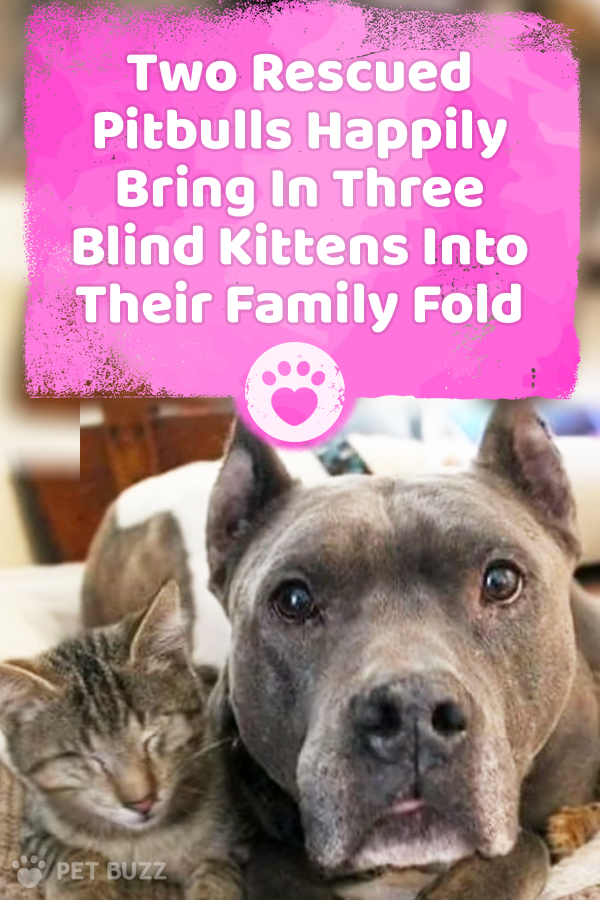