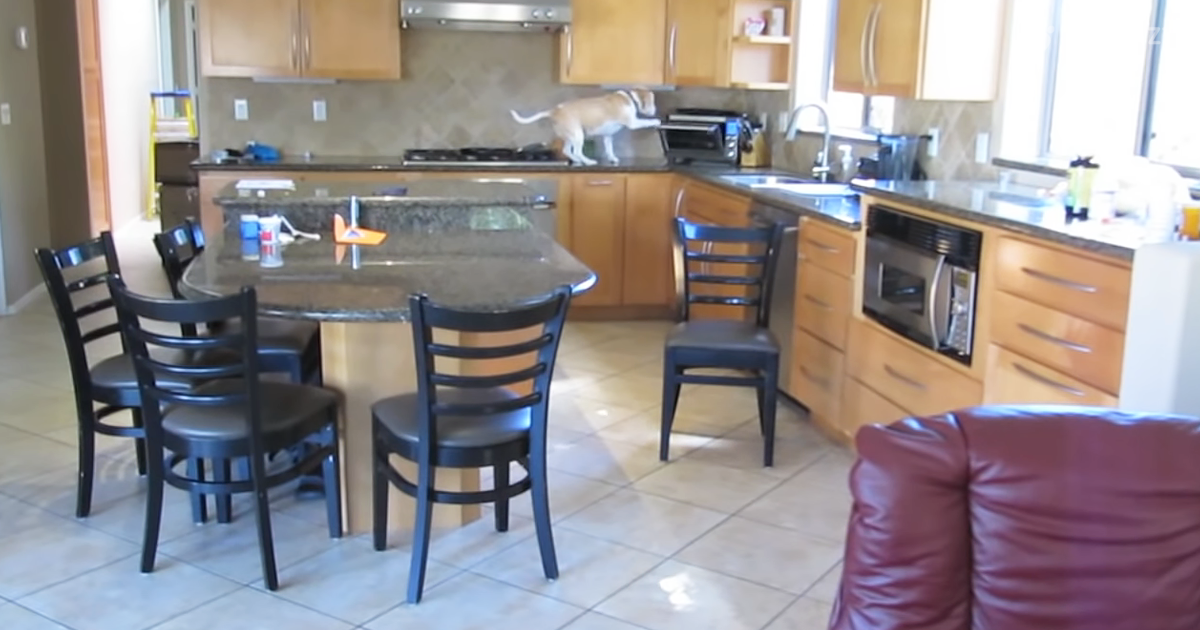 Gotcha! As it turns out, nanny cams aren’t only good for children. Who knew that your dog could be getting into so much trouble when you’re away from home? Most of the time, dog parents might suspect that their dog may be laying on the couch or bed when they’re not supposed to. However, the owners of Lucy the Beagle never thought that she was doing THIS.

It seems that Lucy has been quite the troublemaker throughout her young life. Her parents noticed that often when they would come home, they would find chairs moved around, food completely eaten, and even footprints on their kitchen counter.

When they noticed one evening that Lucy had managed to get into their oven while their dinner was still cooking, it was then that they decided to use a nanny cam. Upon reviewing the footage, it’s obvious that Lucy is quite the climber!

Although Lucy has been pretty naughty by sneaking food from the kitchen, you have to admit that the heist she pulls off is very impressive. It takes much skill and intelligence for a dog to accomplish what Lucy does, and she does it with such ease, you can tell she’s done this many times before.

You won’t believe how Lucy manages to get onto the kitchen counter so that she can steal a chicken nugget straight from the oven. Watch this hilarious Beagle get into a hot oven with ease to feast on her nuggets in the video below. 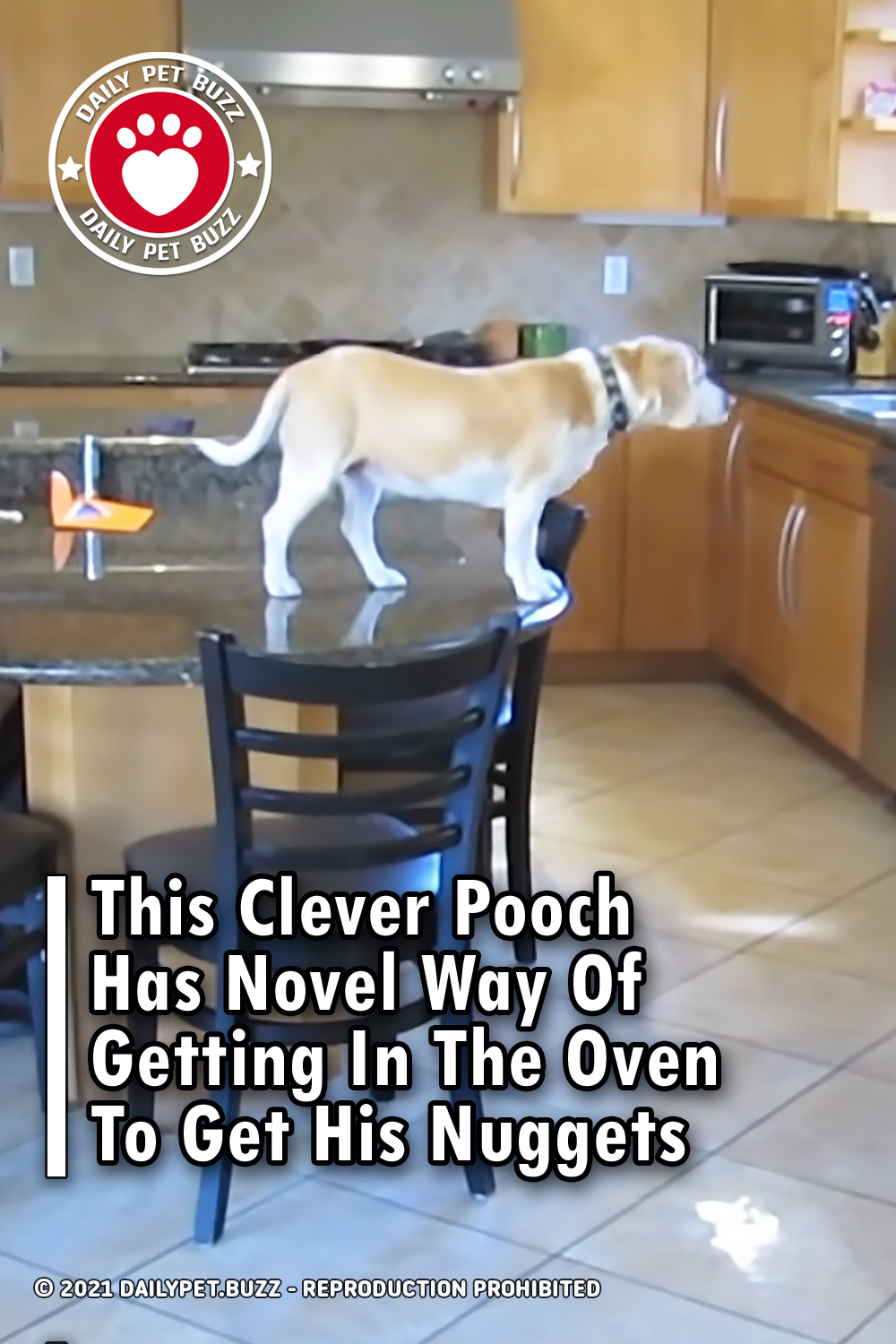