Even though does are friendliest creatures on earth, there are times when they are really jealous of a new family member, but usually that new family member is a living person or animal. There are dogs who feel insecure whenever owners bring a new dog in the house, especially puppies, but I have never seen one jealous of a stuffed puppy. This Doberman in this video is feeling the same. However, what she didn’t know was that the one who she thinks is a new pup is actually a stuffed toy.

Theresa, this Doberman in the video, is tricked by her owner. He puts a small stuffed toy resembling Theresa in the room while he hides behind a wall, and he moves it slightly to make it look like a real dog. And he does a pretty good impression of a barking puppy too, confusing Theresa even further. Poor Theresa buys it and starts barking vigorously, proving she could be an intimidating guard dog. She might have been confused and jealous at the same time, because eventually she starts to wonder why this puppy never moves on his own, especially when he’s sitting on her bed.

In this clip, the owners never tell Teresa that the puppy isn’t a real puppy, but I hope they tell her later because the poor things seems so confused and not at all like she wants to welcome this new family member.

This will definitely brighten your day. What do you think about it? Let us know via comments! We’d love to hear from you! Please share this amusing clip on Pinterest. 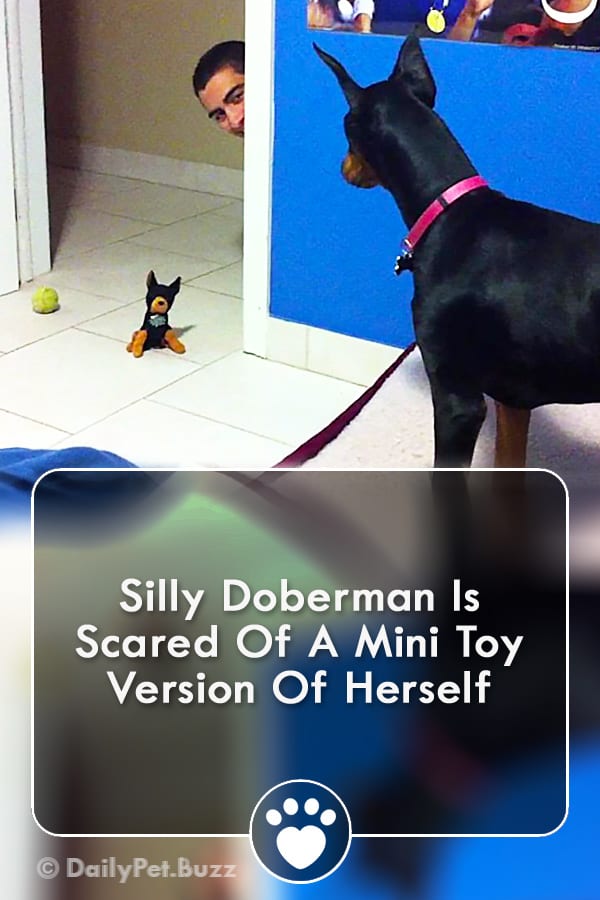