On Christmas Day, Army Sgt. Peter Neesley was killed while serving our country overseas. He was only 28 years old. Peter’s sister, Carey, was absolutely devastated by the loss of her brother. They were best friends and Carey says her brother was known for his kind heart, enthusiasm, and his love of animals. That’s why it came as no surprise when she heard Peter had befriended a mama dog and her four puppies while stationed in Iraq. Peter had ‘adopted’ the canine family.

Sadly, three of the puppies died in the war zone and Peter was determined to keep the mother and her last surviving puppy safe. But when Peter was killed, the mother dog and her puppy were left all alone. Back at home in the states, Carey was willing to do whatever it took to rescue her brother’s adopted dogs, and adopt them herself. She considered it a final tribute and a way to keep a piece of her brother close to her heart. It was no easy feat, but what happened next is so beautiful, and so bittersweet. ‘The minute that they got out of the car, none of the people around existed anymore,’ Carey says.

I can’t think of a better way to honor an American hero. Let us know what you think about this video in the comments. We’d love to hear from you! Please share this clip on your Facebook page so that other can experience this sister’s kindness to these dogs as well. 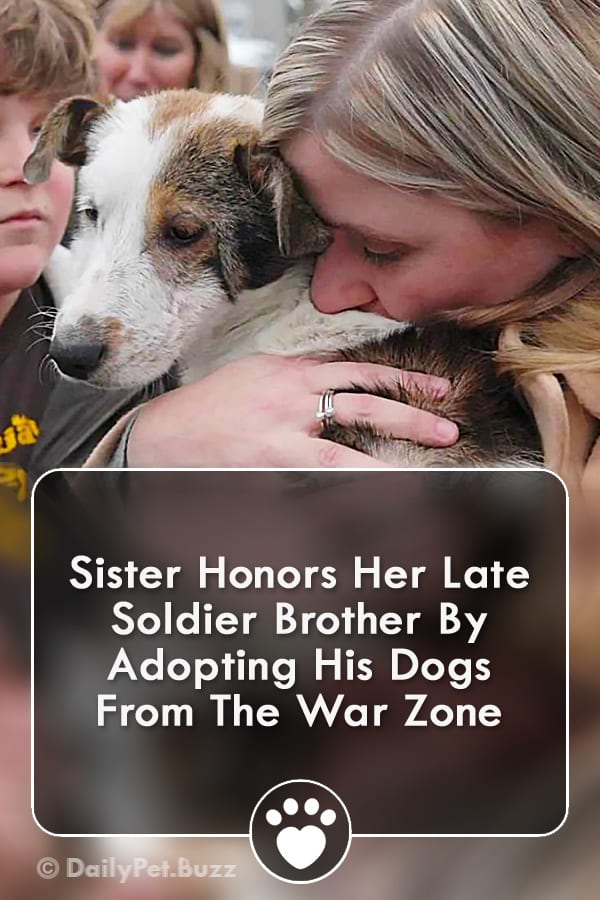