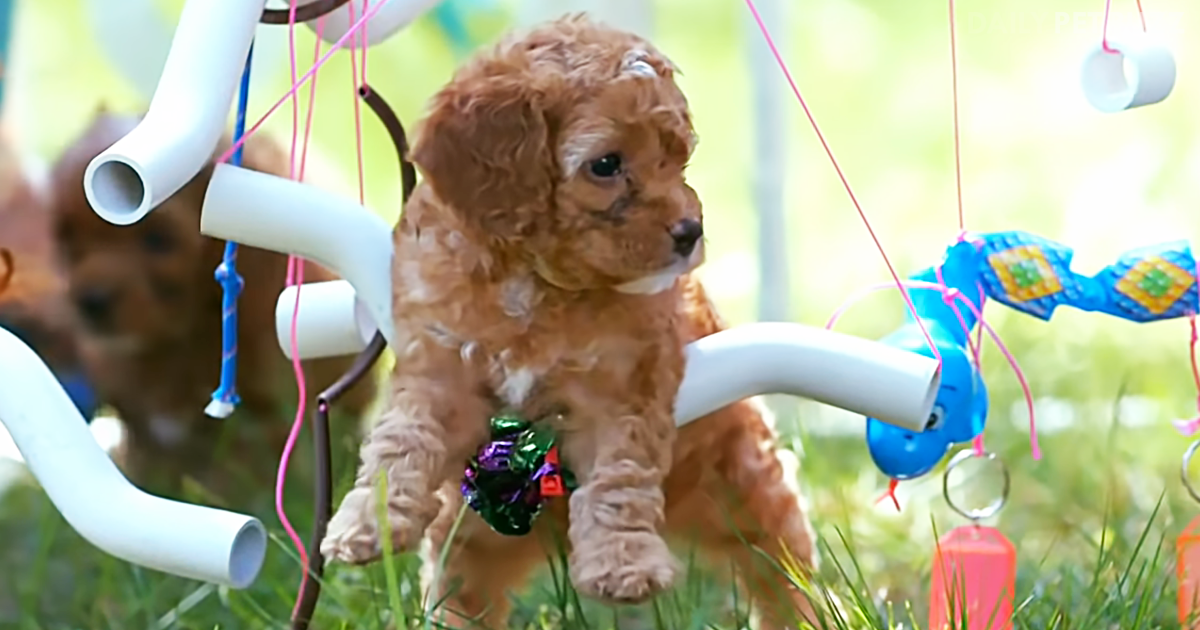 Therapy dogs need quite a bit of training, so it is best to start training them when they are still quite small. One of the preferred methods for training therapy dogs is exposing them to many different kinds of stimuli and circumstances.

These puppies need to get used to all sorts of distractions because when they eventually become professional therapy dogs, they will be required to go to several different places, such as schools, correction facilities, nursing centers, hospitals, etc. They have to be ready to feel comfortable and secure even when in places they’ve never been before.

In the video we put below, you will see one of these exercises in its most adorable form. These five puppies are brought to their own custom-made playground, and they’re ecstatic by it. They are still too early in their training for being therapy dogs, but for now, they just have to learn to identify distractions.

All the pups are intrigued by the colorful display around them. Well, all but Freddy. This adorable little guy wasn’t so impressed with the ‘training’ set up and decided to wander off and see if anything else caught his interest.

As it happens, he came across a little paddling pool. The pool isn’t that high, but of course, Freddy is still just a tiny pup. He is rather determined, though, and before he knows it, he has slipped over the side and is in the pool.

Freddy pops back out of the pool pretty quickly, though. A bit too much for this little guy, at least on his own. So, he heads back up to his siblings, where one of his sisters licks him and tries to dry him.

If Freddy can bring this much joy so early in his life, I am sure he will be a very successful therapy dog when he is bigger. You don’t want to miss this cute story about adorable Freddy and his little dip in the pool. 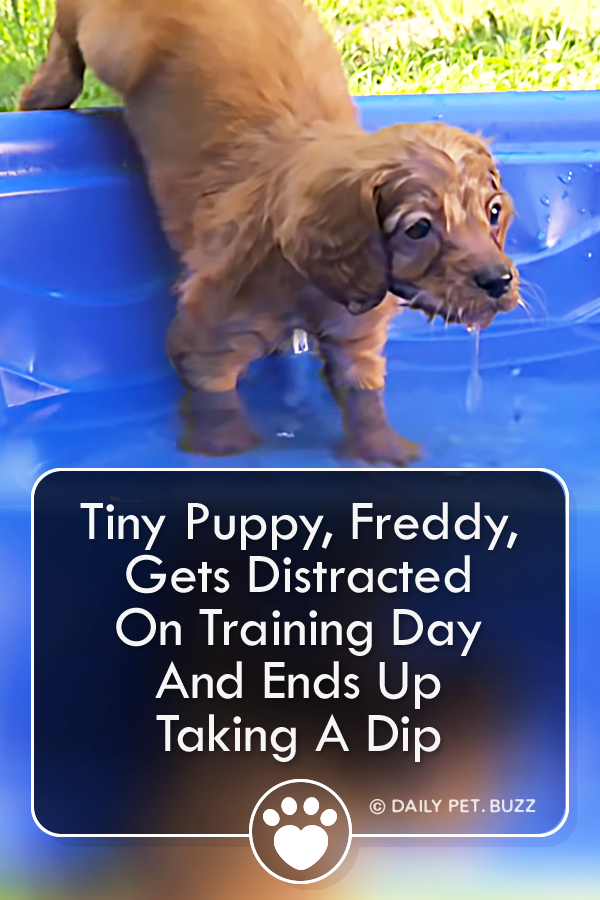