I just don’t understand why anyone would do something this despicable and cruel. Eyewitnesses reported a puppy in need of rescue to Hope for Paws, an organization that rescues and rehabilitates animals in need of help. This particular pup had a lot going against him after someone callously cut off one of his feet and tossed him thirty feet into a canal. How inhumane!

Using a rope and basket, Hope for Paws volunteers were able to lift this little guy out of the canal and take him to the animal hospital for treatment. After a few days of rest, the puppy (who had since been named Jordan) was able to receive an important surgery to close the wound where his leg had been crudely removed. He was on the path to recovery, but was still a long way off.

Fortunately, Jordan not only had great rescuers and doctors, but an excellent foster home to recover in as well. Watch the video to see how Jordan overcomes his challenges and thrives during his amazing recovery. It’s truly inspiring! 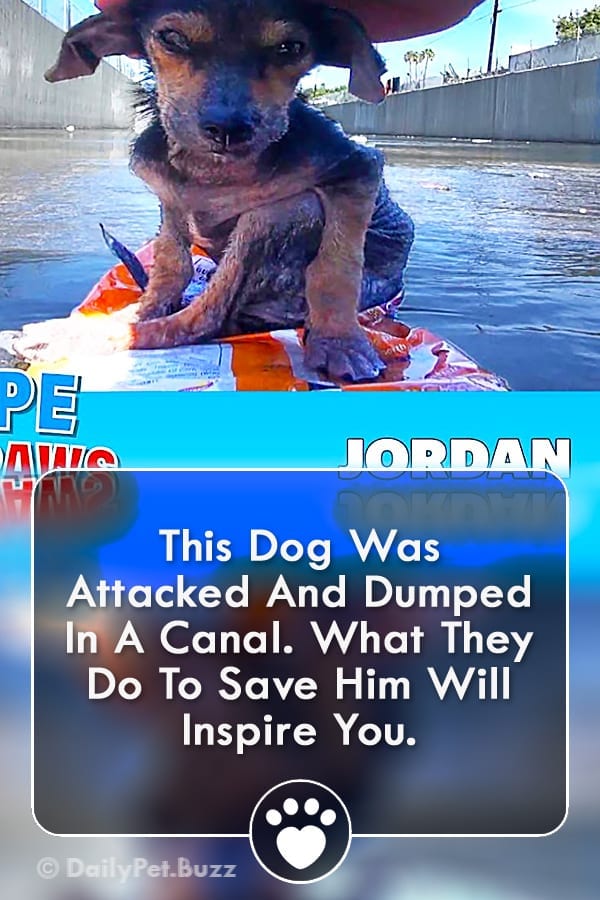