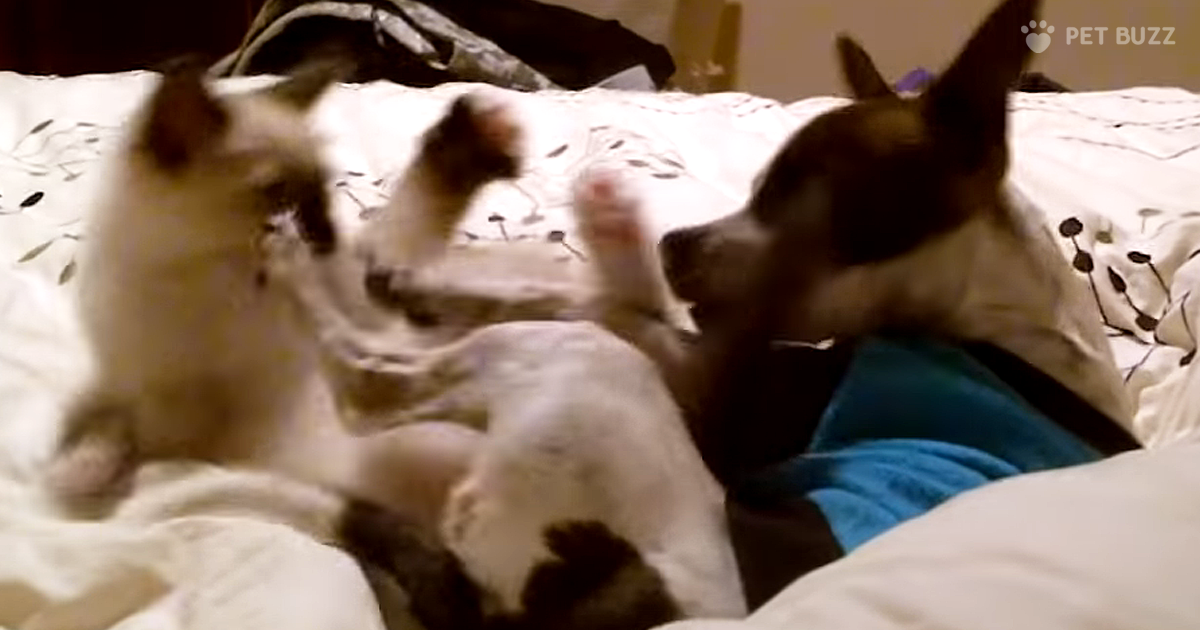 As we’ve all heard at least once in our lives, dogs have been granted the title of being ‘man’s best friend,’ because of their playful personalities and evident loyalty. Cats are very popular friends and pets too, but they’re a little bit – different. Each one of them has their own personality, and it’s almost impossible to predict what they’ll do next. This can make for some very funny moments and experiences.

And when you have cats and dogs living together, sure they can be friends, but their different characters can create very cute moments, like in the clip below. We brought a video today that shows the magic that lies in a cat-dog relationship.

A small kitty called Nelson wants to play with his doggy friend, and the way that he insists is both cute AND hilarious. This insistent cat tries to attack Eddie from behind as part of a game, of course, but the funniest part is that Eddie is just lying in bed, completely ignoring what’s coming to him.

The cat sneaks by as if he was watching his prey, and pounces on the puppy, turning the bed into a puddle of cuddles. Watch this cute and magical moment in the video just below. This one is sure to make everyone smile. 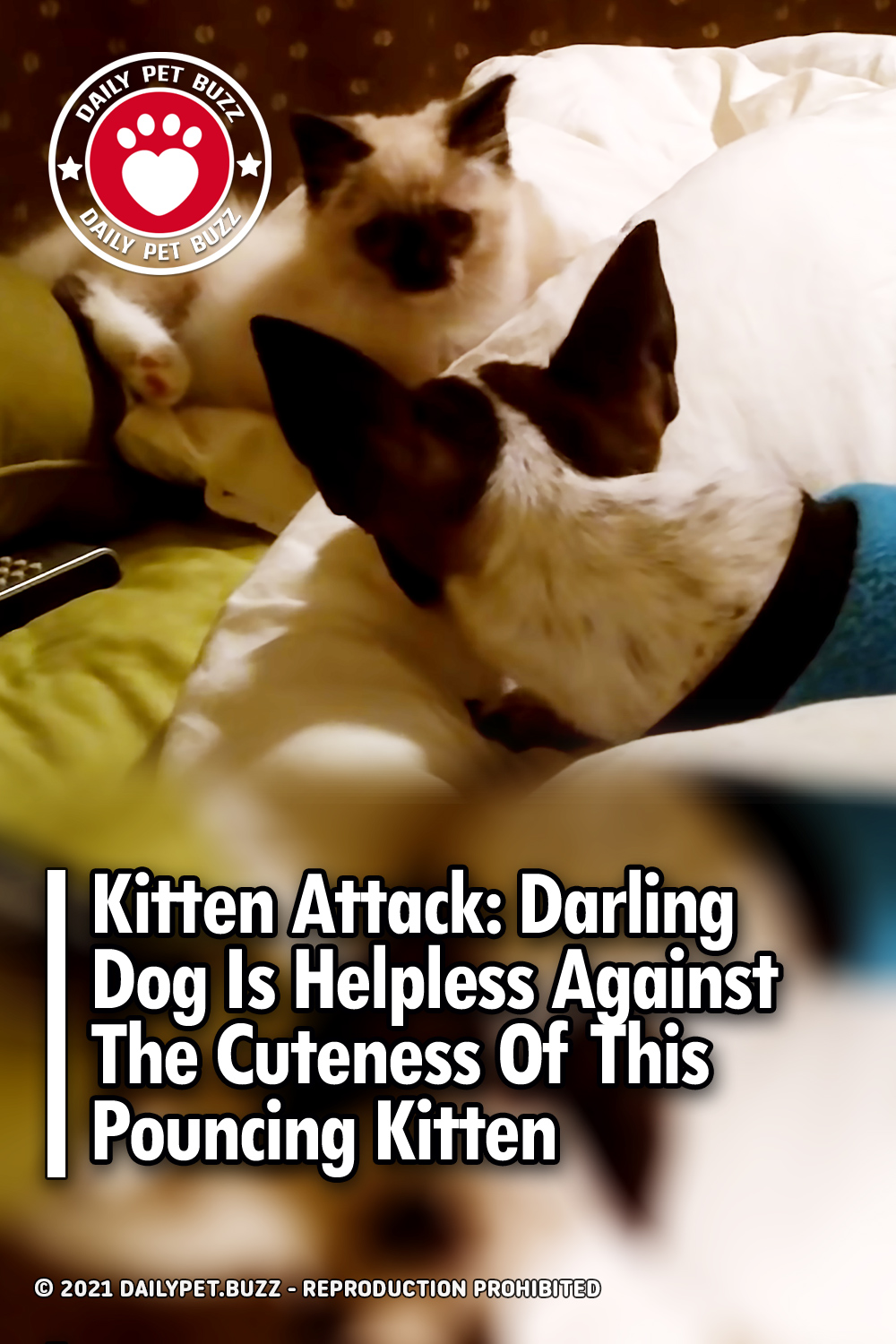