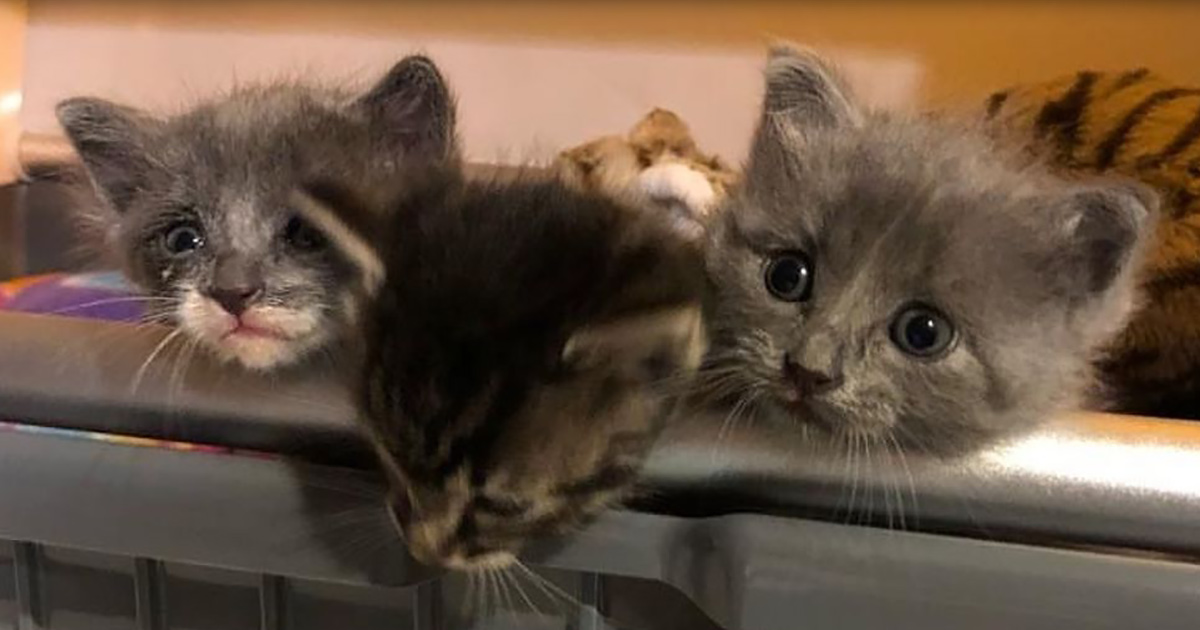 Experienced neonatal kitten foster caretaker Ashley of Everett, Washington received a call to help with three orphaned infants who had been found outside. The kittens, Georgia, Steven, and Karen were emaciated and parasite-ridden. Nobody knew how long it had been since they lost their feline mother, but it was plain that they hadn’t had a meal for a while.

After Ashley finished filling their bellies for the first time, the trio of sibling kittens curled up in the crook of Ashley’s neck in the first comfort they had felt since the separation from their cat mama. It became their favorite spot to derive contentment. Their overnight bed was a humidified incubator to help them stay warm while at the same time helping clear the gunk from their respiratory passages, as kittens suffering early separation from their feline mothers often have lowered immunity.

Changing from mothers’ milk to formula can also be rough on the delicate gastrointestinal systems of neonates, so Georgia, in particular, suffered some stomach upset from the novel diet. Steven, the little runt, was a little bit more delicate than his sisters, and Ashey was unsure at first if he would be able to survive his difficult start in life. Her committed care and long hours in the incubator helped him make it past the critical early days in foster care.

Still, all three kittens prefer Ashley’s neck for their cuddling needs. She will often fall asleep wearing them around her neck like miniature fur stoles. Ashley doesn’t mind the extra snuggle and purr time. She knows that their comfort is paramount to their potential to thrive. She enjoys the neck nuzzling sessions anyway. 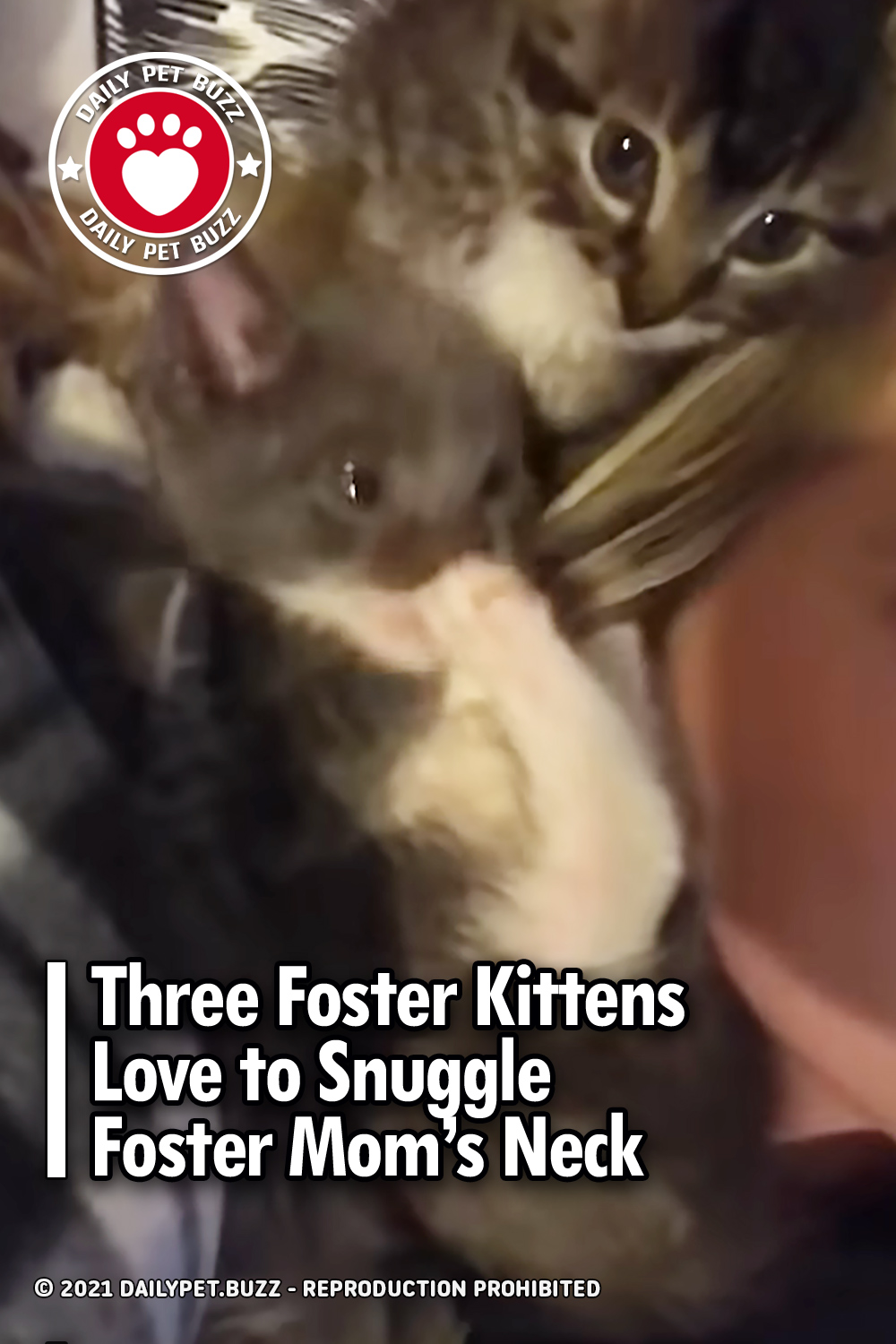