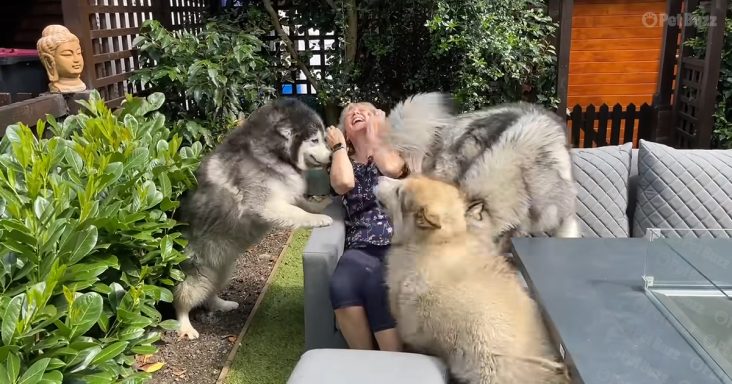 Three fluffy Malamutes, Phil, Niko, and Teddy, get excited when they realize a surprise visitor is somewhere in their home. They move as a single pack around the house.

On top of the couch is a bag and jacket, which can only mean that grandma is somewhere around. The dogs bark and howl, asking to be let out of the house.

They can clearly smell grandma’s scent coming from the garden. Finally, the door is opened, and they quickly run to the backyard. Grandma is sitting on a couch, and she smiles as soon as she sees them.

The three dogs swarm her and jump on top of her. She gets licked, sniffed, and cuddled. It is a storm of fur and love. Phil loves grandma the most and starts crying because he misses her so much.

Eventually, the dogs calm down, and Phil stays with her. Niko lays on the couch, and Teddy goes off to play with some of his toys. By the end of it, grandma is covered with their hair.

While they wait for baby Mia to wake up from her nap, grandma says hello to Milo, the cat. She picks him up, and Milo happily rests in her arms.

Mia is awake and finds grandma in the living room. She quickly walked over to her and had the biggest smile on her face. Phil also comes in and hangs out with them. 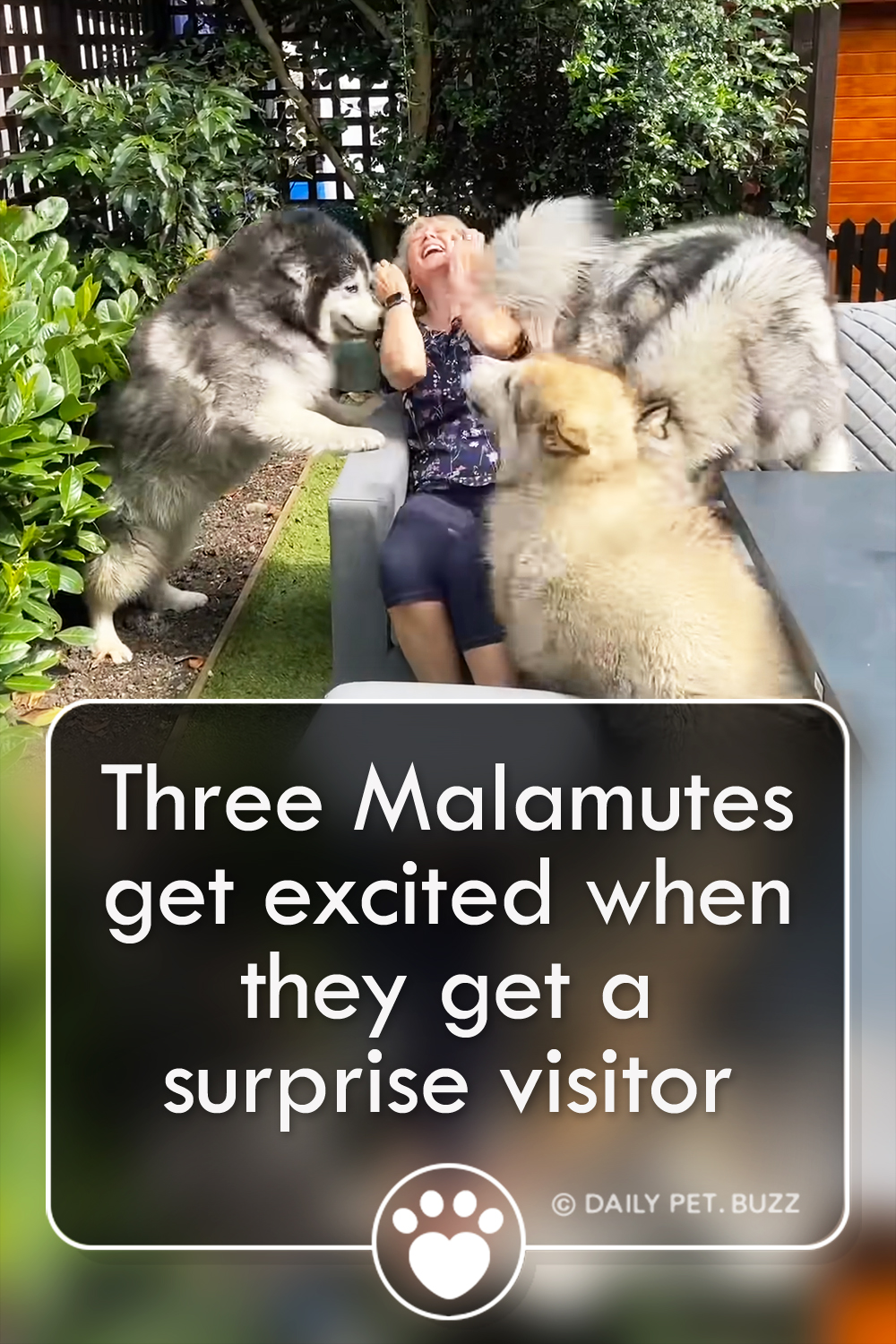