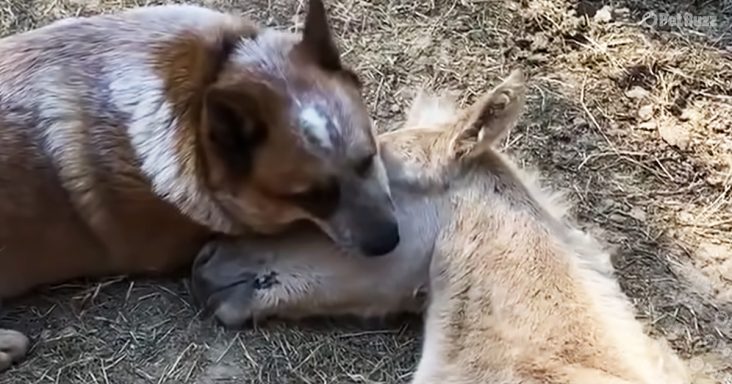 A moving video of a rescue dog sharing its love with an orphaned foal is melting hearts around the world. Zip, the rescue dog, seems to have adopted the colt and is now playing the role of a father.

Zip is not a pup anymore, and it also had a difficult life before it was adopted by people who gave him a better life. Now it seems that Zip believes that it is time to pay it forward.

The two animals lie closely together in the video, with Zip’s cheek touching the foal’s head. Just like a watchful parent, Zip hears something and lifts his head to investigate the possible threat to his new child.

Zip does not trust what is going on, and he stays up and scans the environment, sniffing the air for danger as well. The foal lies next to him, entirely at peace and unaware of what is going on.

Suddenly the foal gets restless, and it starts to move its head and then moves its neck around. Zip immediately directs his attention to the foal to see if everything is OK with his new baby.

The foal becomes peaceful again and lies its head down beside the dog. Zip sense the need to comfort the foal and slowly puts his head on top of the foal’s head. Almost like he is giving the foal a hug and whispering: ‘There, there. Everything is OK.’

People are loving this video and are sharing it all over the world. It is humbling to see that even in nature, love can overcome all obstacles, even between different species of animals. 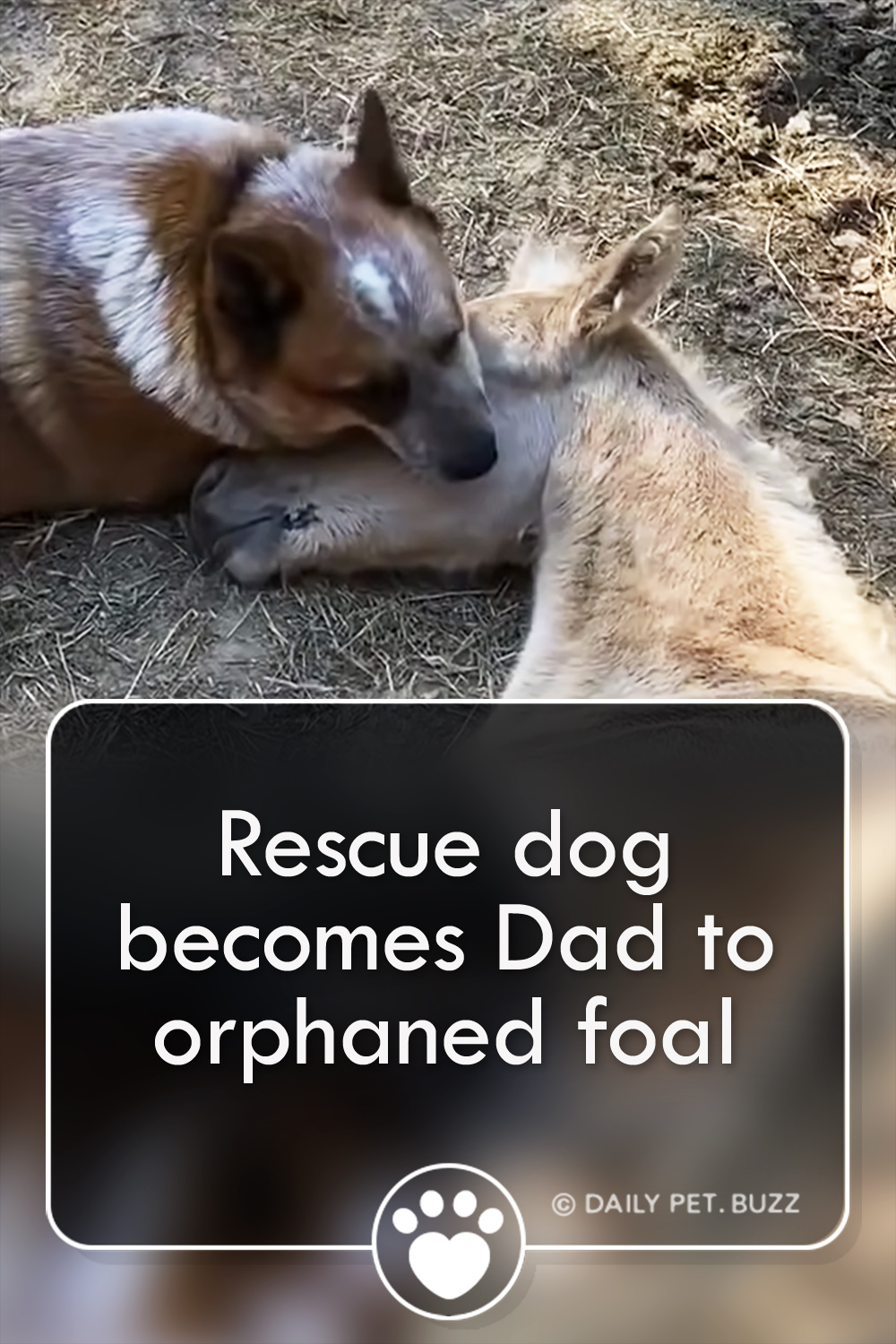