In recent years there’s been a tiger frenzy going on. Ever since a bunch of YouTube videos surfaced of people who owned tigers in the Middle East, many people have started wondering if these animals can be kept as house pets. Imagine you’re a thief and you’re breaking into a house. You jump over the fence waiting to see a dog but get a Tiger instead!

That would probably leave a long-lasting impression. That is if you could make it out of there. For many people in the Middle East, tigers are status symbols. They are very difficult to get an extremely expensive. Many of these people get them when they are small cubs. They feed them and keep them close to their family. Many of these owners say that it’s like having a big cat, just many times more dangerous.

The truth is, having tigers as pets is illegal in many parts of the world. Having a tiger is nothing like having a house cat. House cats are domesticated. If you adopt one, he will live in your house in harmony with your family. He will probably be only a few inches long and very playful. A tiger is massive and very heavy. They are by no means domesticated animals.

We might see videos where they might seem to be acting playfully. But don’t be fooled, tigers like any other animal can be very unpredictable. If you want to see one just go to your local zoo. You’ll have the chance to see this animal face-to-face and without any risk. If you take your children, it’ll be even more fun.

The family in the following video does just that. They go to a zoo and take their small children with them. The little kids are fascinated with everything they see. But one of the most interesting animals for them is a tiger. They are mesmerized by the tiger’s eyes and its stripes. They get very close to the tiger and come up with a great idea. Why not play a game with the tiger?

They decide to play tag with the Tiger. The tiger starts walking from one side to the other and seems to be following them on the game. The children’s laughter fills the room as their excitement is more than apparent. They cannot hold it any longer and start to giggle every time the tiger moves. The tiger is showing its softer side because it is not acting aggressively with the children at all. This video will make you fuzzy all over! 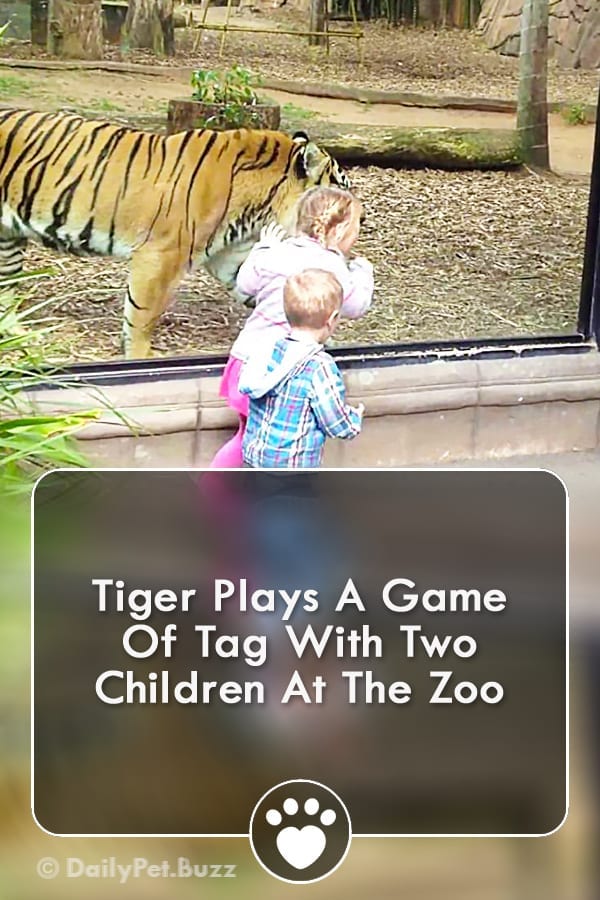