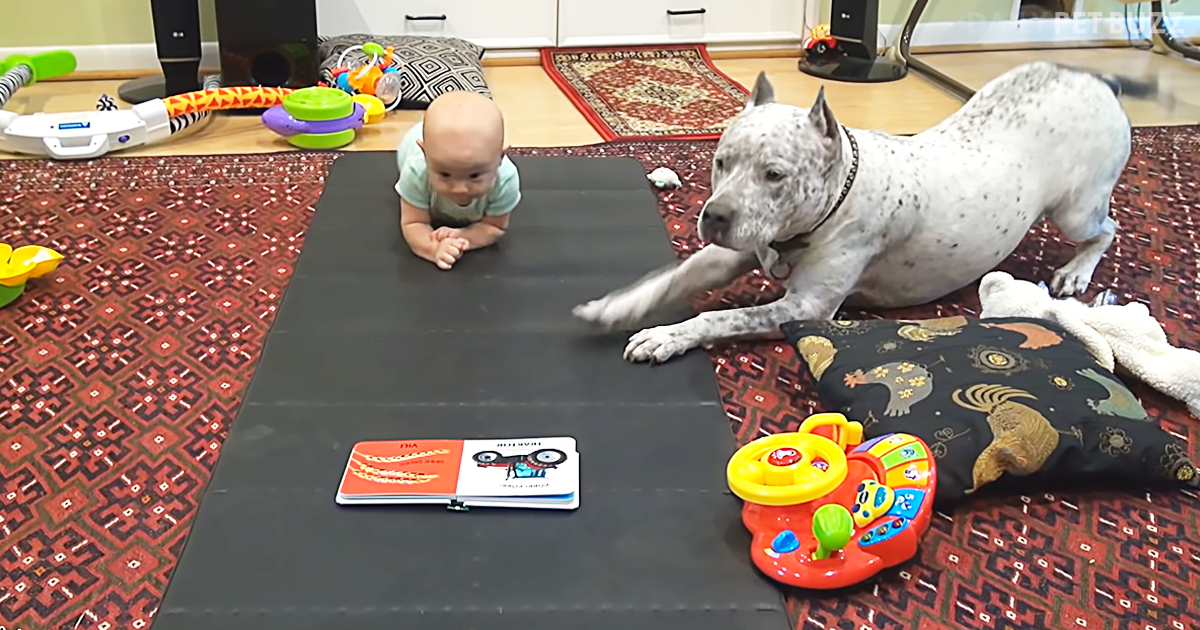 Some people are born readers, such as the baby in this clip. Spencer is only six months old and already fascinated with books. The book that is simply irresistible to Spencer in this clip is a special one called Tula, and be sure to pay attention to what the family pitbull did to encourage Spencer to go for his book.

The name of the family pitbull is Sharky. There’s a fascinating story behind his name. The long and short of it is that this kind and gentle 8-year-old pitbull not only has the skin tone of a shark; he knows how to imitate a beached shark! It’s hilarious to see Sharky’s beached shark imitation. It’s a stretched doggy walk with his ribcage to the ground and with a bit of good-natured canine mocking of a poor beached shark. You have got to watch to believe it.

It just so happened when Sharky did his trick in this clip that he also inspired young Spencer to crawl for the first time. Listen to his mama, urging him on too. I also lost it; I was getting as excited as his cheerleading mama watching this precious scene. The book in question is Tula, a gift from Spencer’s maternal grandmother in Estonia.

Tula was written by a prescient Estonian writer. It’s about a boy who became the President of the United States. The message is that anybody can become the President. This awesome book was written in Estonian, so consider that before you order it. The fact that it’s written in Estonian made no difference to Spencer in his admirable quest for the book. As we said, some people are just born to read! 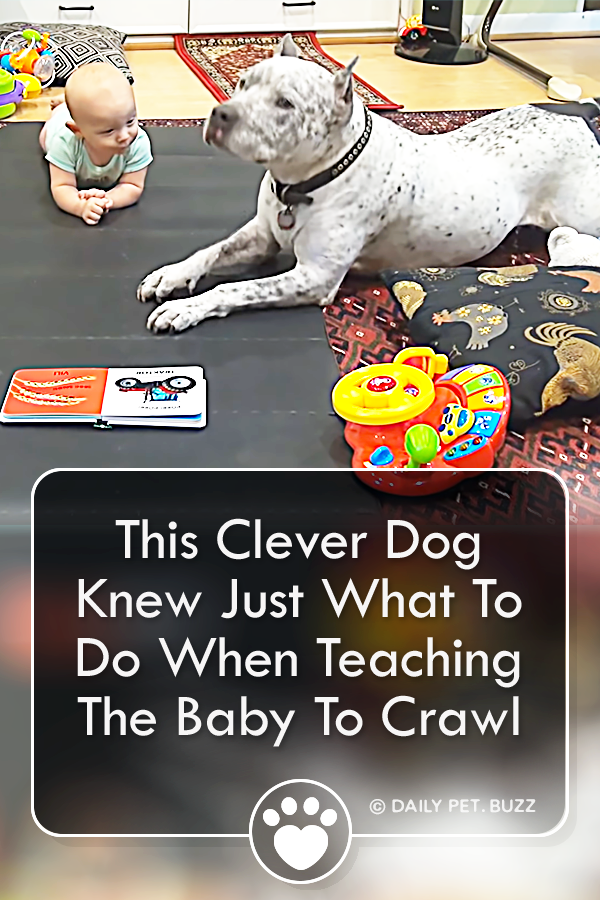