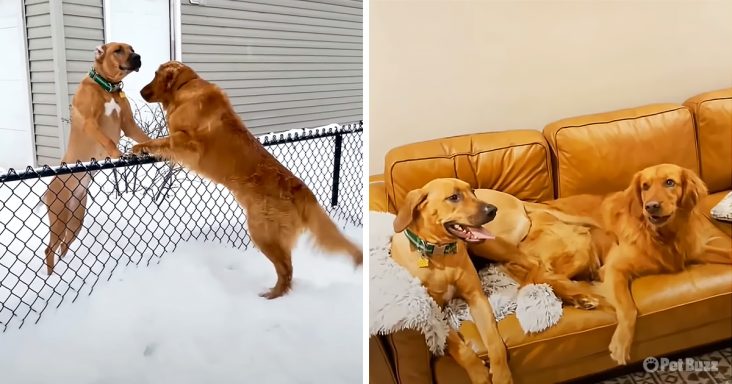 Pax is a Golden Retriever who greets his girlfriend, Penny, daily at the fence in their backyard. Emily did notice that Pax was constantly looking for Penny, her neighbor’s dog. 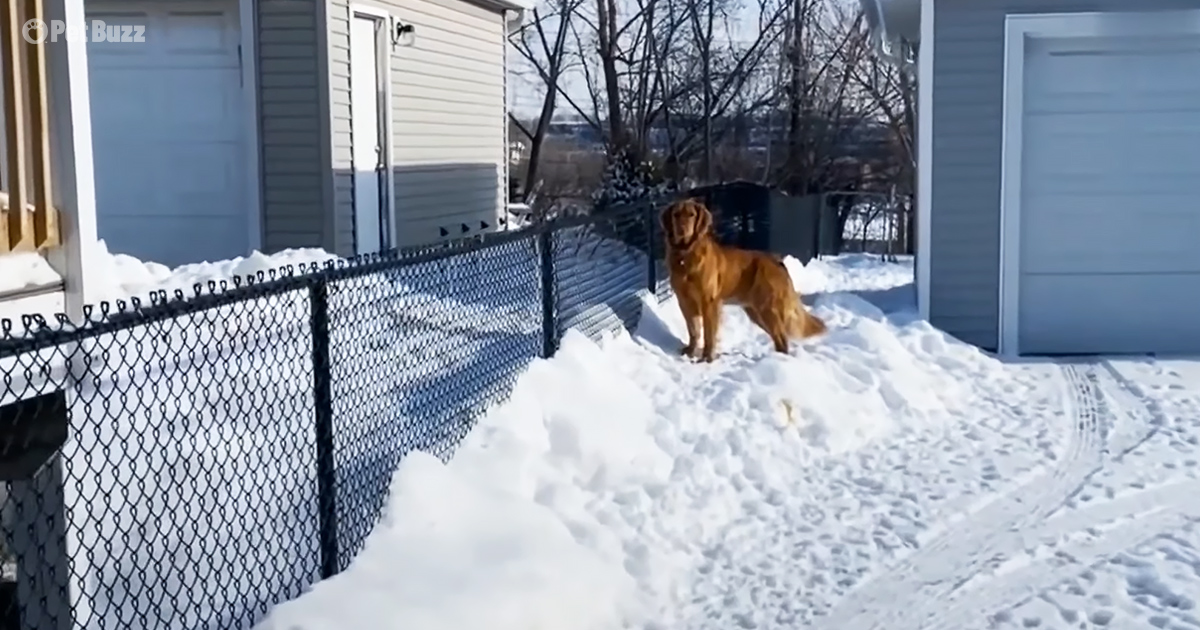 When Pax and Penny met by the fence, they sniffed and licked each other’s faces. Emily would say that they were hugging and kissing over the barrier.

It got to the point where Pax would run straight to the fence whenever he went outside. He put up his paws, stared at the neighbor’s backdoor, and waited for Penny to come out. 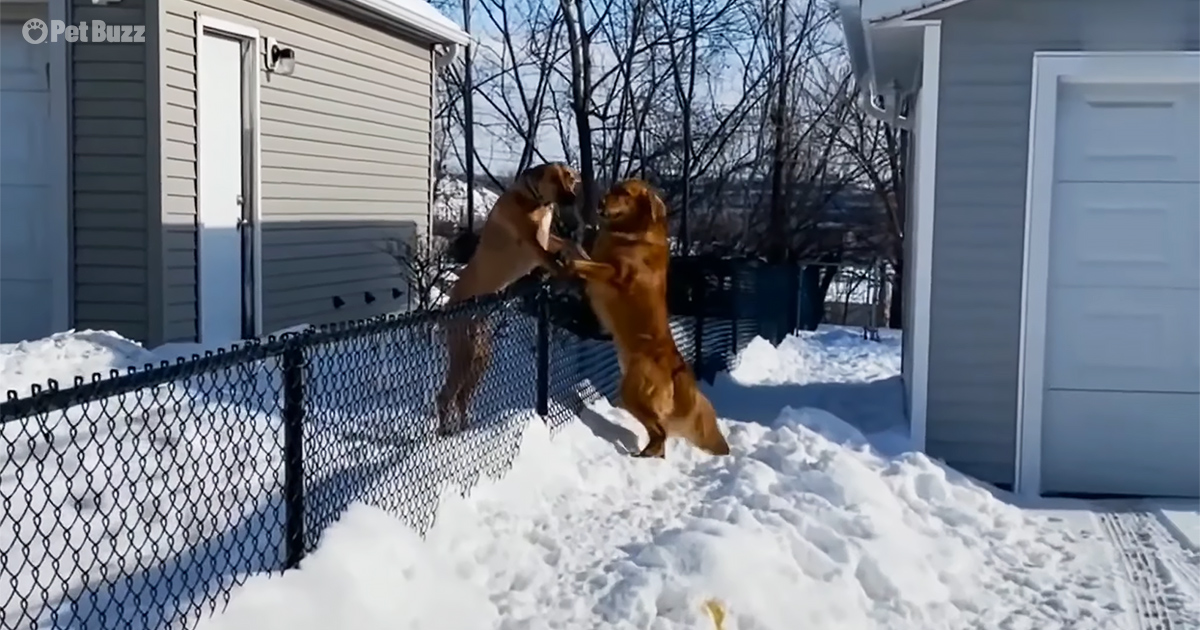 Penny didn’t like snow, and when there was a big snowstorm, she would only go outside if she saw Pax by the fence. It was unusual if they didn’t meet each other at least once a day.

Eventually, they started sharing toys across the fence. Emily’s husband lost a sock to Penny after Pax gave it to her. They got along so well that it was impossible to keep them apart. 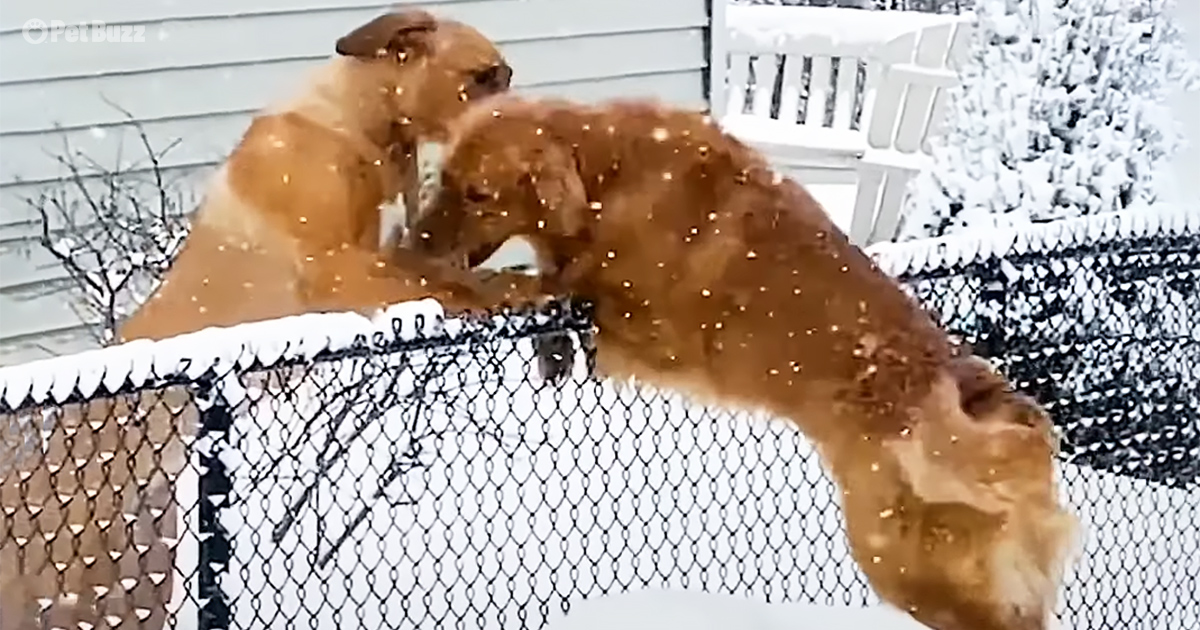 Emily finally opened the fence door, and Penny and Pax got to be together without any hindrance between them. Then they met up more often and went on a lot of playdates.

Penny and Pax have the sweetest relationship, and Emily is happy to call them boyfriend and girlfriend. They were thrilled when they no longer had to stand over a fence to be with each other. 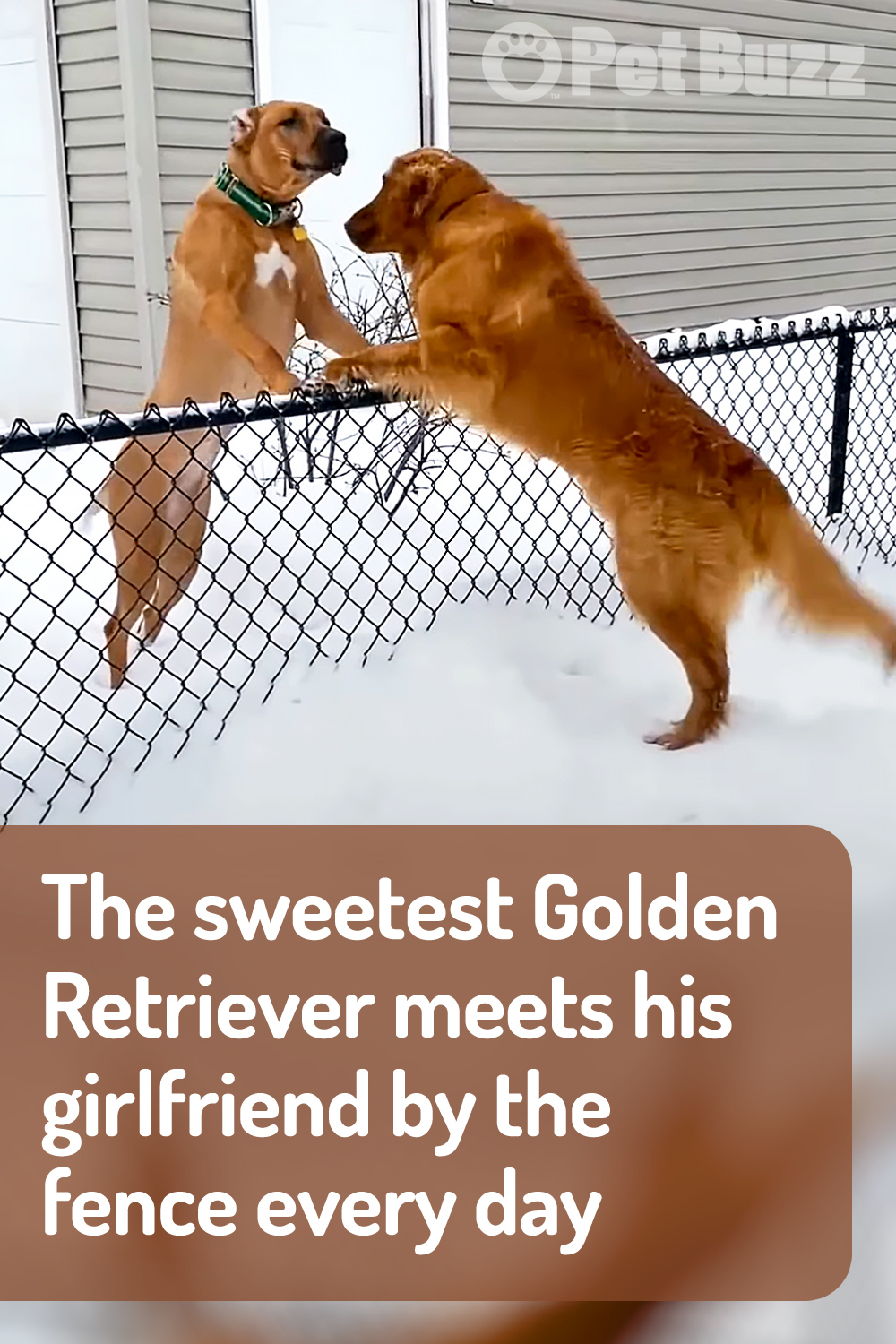