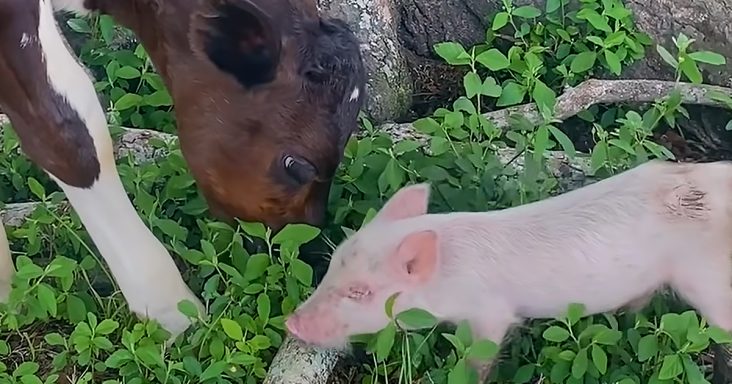 A heartwarming video of a piglet and calf is warming hearts around the world. It proves that some animals can find love in the darkest of times, and it is inspiring to all who watch the video.

Lionel the baby cow and Amos, the piglet, has a rare and hard-to-explain bond. They seem inseparable, almost like a mother and a baby. They had already developed a tight bond before they arrived at Critter Creek Sanctuary.

Erin Amerman from Critter Creek Sanctuary received a call from the South Florida SPCA and asked them if they wanted to adopt the animals. They stated that it was on the condition that both should be adopted together because of this inexplicable bond.

After arriving at the sanctuary, they were somewhat afraid to exit the barn. Once they did, they discovered that there were other happy animals from their own species too. This did not change anything about their unique relationship, though.

Whenever the little piglet gets scared, he runs toward Lionel for protection. Lionel comforts Amos by licking him and hugging him with her head. They follow each other everywhere, even to places where the other would feel less comfortable.

Sometimes, Amos plays in the mud, like pigs do. Lionell would then follow into the mud, although he doesn’t understand why his friend is so intrigued with this messy business. The same applies when Lionell goes to the hay.

Amos’s first choice is not to play in the hay, yet the adorable piglet follows his friend. Viewers worldwide are blown away about this unique friendship and can’t seem to get enough of this heartwarming video. 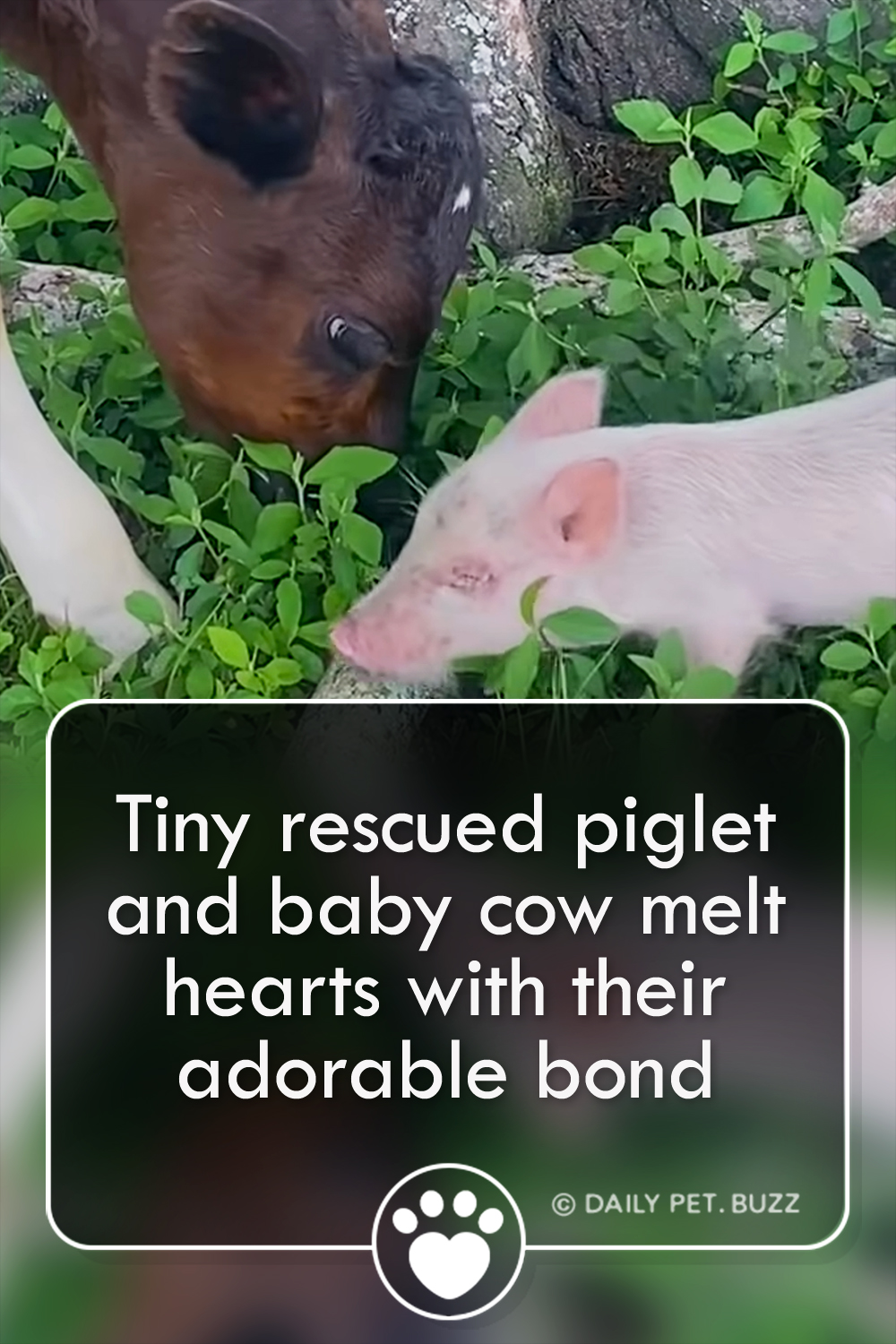