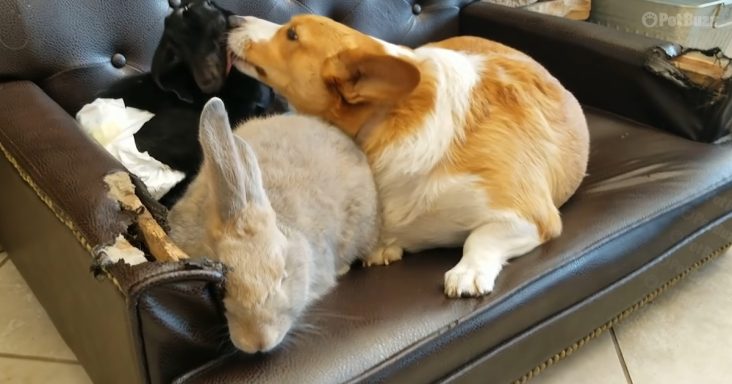 Hannah, the Welsh Corgi, has been a foster mom to all the animals at the farm. No one can get close to her babies, even if they are her friends.

She is two years old now and lives at a rescue farm that has 40 acres of land. So there are always a lot of orphaned animals that require her love and care.

While Hannah carefully grooms her adopted babies, she will growl and snarl at anyone who comes close. The other dogs politely smile from a distance. On the couch, Hannah likes to cuddle with bunnies.

When there were several tiny chicks, Hannah followed them around to keep them safe. She sniffed them gently and growled at the other dogs nearby. Eventually, she calms down around her friends.

A cow named Lucy was rejected by her mother when she was two days old, and Hannah quickly stepped in and gave her kisses. Even if Lucy was bigger than her, Hannah groomed her anyway.

Out on the grass, Hannah also enjoys rolling around and playing with the piglets. There is no break for her as she is the foster mom for every animal she can see.

Hannah even has goats to protect. At one point, she was relaxing with a goat and a bunny, and she was grooming both of them. 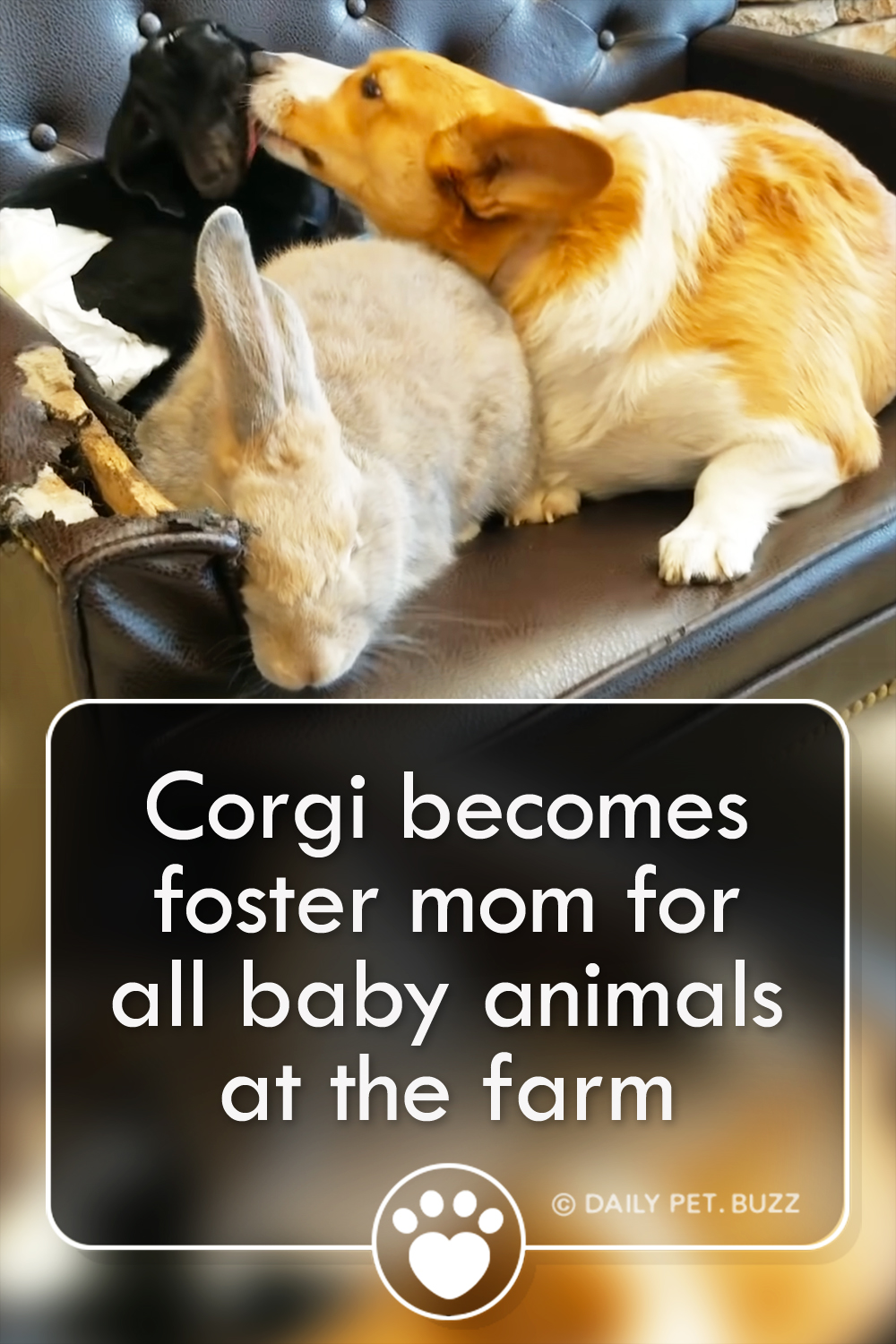