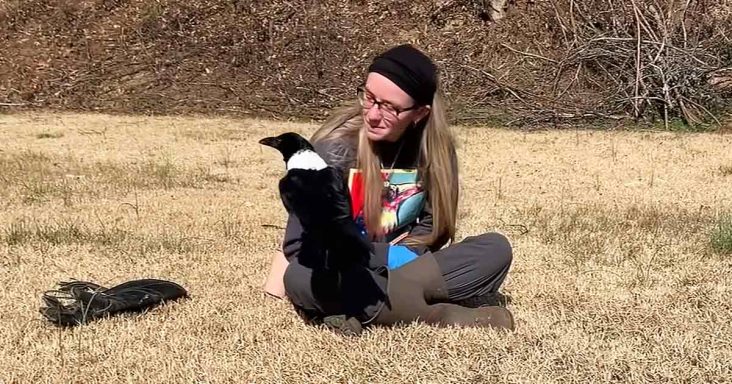 Tuck is a 17-year-old crow who is an educational ambassador at the American Eagle Foundation. Macy is his primary caretaker, and she is obsessed with him. Tuck definitely thinks he is a tiny human.

She never thought she would have a special bond with a crow. It is overwhelming and amazing whenever Macy thinks about her relationship with Tuck.

They didn’t have to train him to mimic words. He simply picks them up during his day-to-day life. Whenever he wants attention, he will say, “What.” Macy even got hand-painted earrings that look just like Tuck.

The American Eagle Foundation’s goal is to rescue and rehabilitate birds of prey and eagles. They have 75 non-releasable birds under their care, and Tuck is one of them.

He was rescued from a pet store and never learned how to survive on his own. Tuck is an African Pie Crow, a species that isn’t native to the US. African Pie Crows have a lifespan of about 20 years.

Tuck has arthritis in his wings and legs, so he can’t fly or climb very far. He loves receiving attention from the women who come visit him, and he is the only bird that likes to be touched.

When Macy first became his caretaker, they didn’t get along at first. They developed their bond and trust with one another, and he considers her to be part of his family. 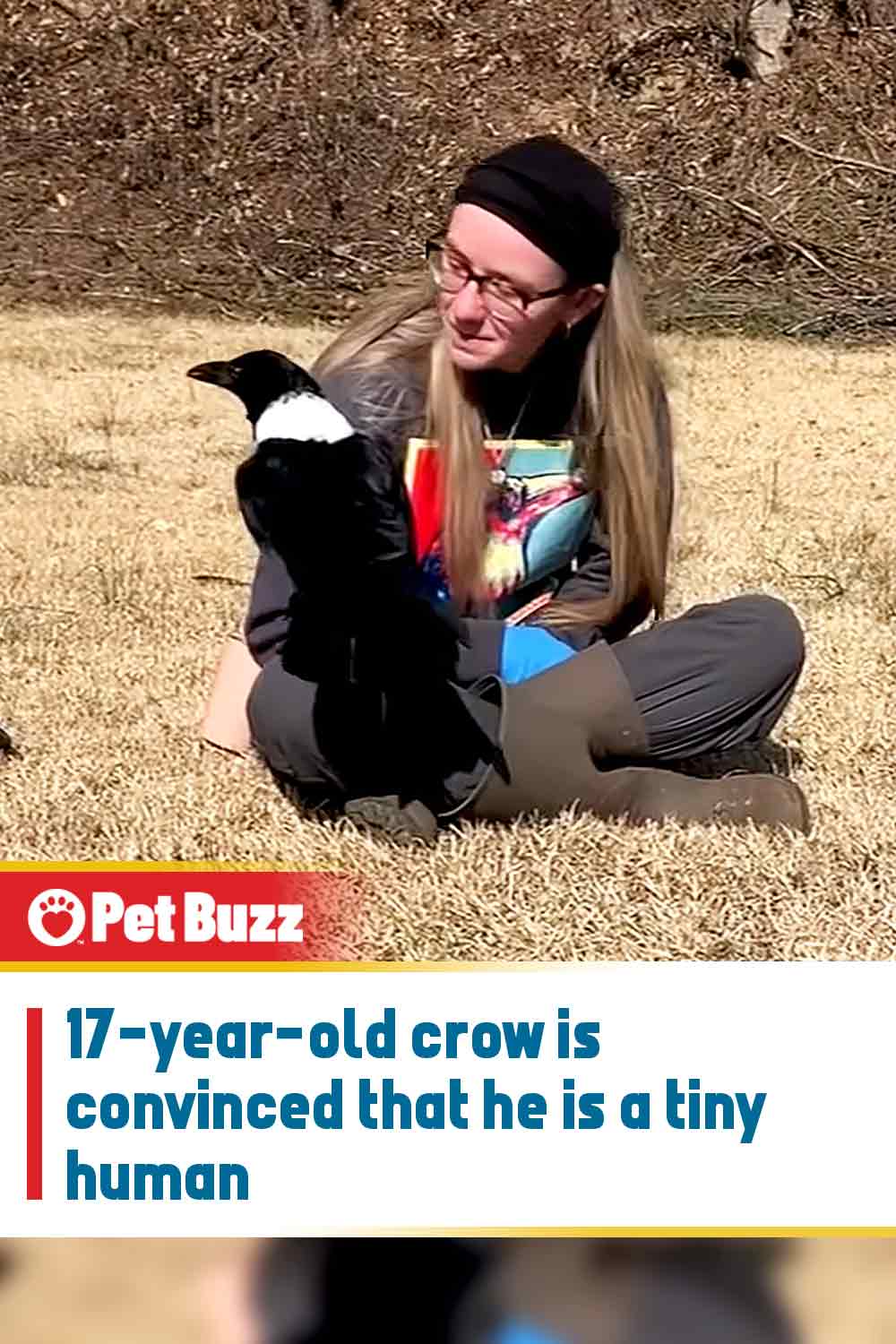