Sometimes the greatest acts of kindness come from the ones you’d least expect it from. This became a reality for a trio of newborn kittens who were abandoned in Wilmington, Delaware and left to their fate. Thankfully, the Faithful Friends Animal Society staff came to their help and rescued them from what would be certain death in the cruel streets. But the hardship wouldn’t stop there, as they were unsure if someone would adopt them because of their condition.

Thankfully, an angel would show up to give us all a lesson of comprehension and love. Sherry, along with her young teenaged daughter, were kind enough to take the kittens into their home. They had already adopted rescued dogs from the same shelter, so they knew the importance of being kind to stray animals who were trying to get a second chance at a happy life.

The two Pit bulls that already lived in their home were amazing with the kittens, too. They didn’t threaten or were mean to the 3 little cats at all, and they seemed to understand the need that they had for love and caring, and they adopted them as if they were their own children!

Watch this amazing and touching animal rescue story, above. 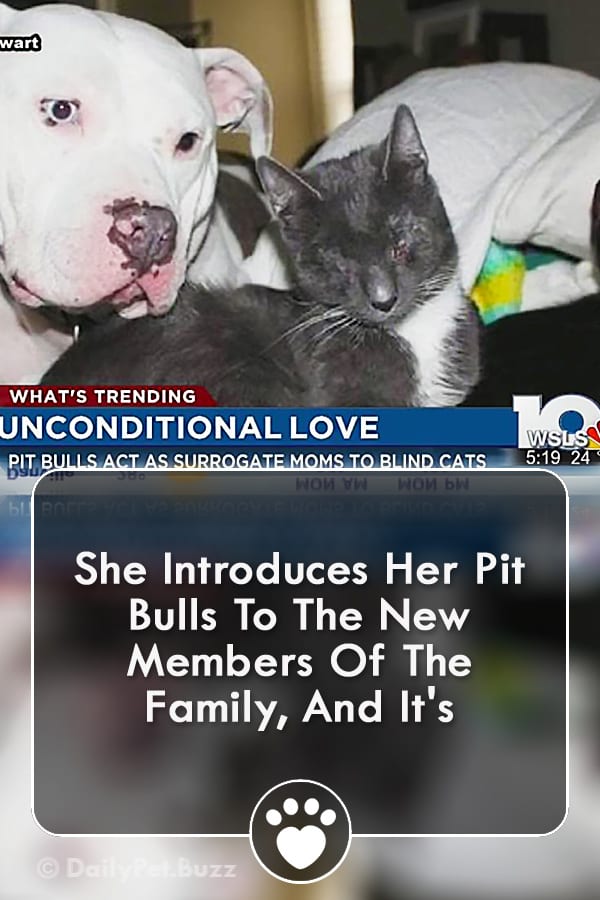