Sometimes our dogs try to act like they don’t know anything. They might act oblivious, but they certainly are smart. When they have done something wrong, they know that they are about to be punished when they get caught. The adorable pooch in the clip above is no exception. This dog did something which he was not supposed to do. You will be in stitches when you see how he shows his guilt!

This cutie is called Matzo. When he was in the kitchen, he ‘accidentally’ knocked over a trashcan. Not! The temptation was too much for poor Matzoa and he just wanted to see what was in the trash. The poor thing knows that he is in trouble. When mom sees all the mess, she tries to confront him. His reaction is hilarious. I suspect his mom knew it would be and that’s why she filmed it.

How Matzo responded is nothing less than hilarious! His reaction is priceless and I am sure his mom couldn’t help but crack up when she saw it too! In fact, you can hear her laughing while trying to scold him. I don’t think he’s going to get much punishment because his mom can’t stop laughing.

Matzo sits down when his mom confronts him, but not because she told him to. He has a plan! Watch and see what he does, and then decide if you could punish this little guy. I know I couldn’t.

Watch guilty Matzo below! Did this adorable pooch make you smile? Share what you think in the comments! 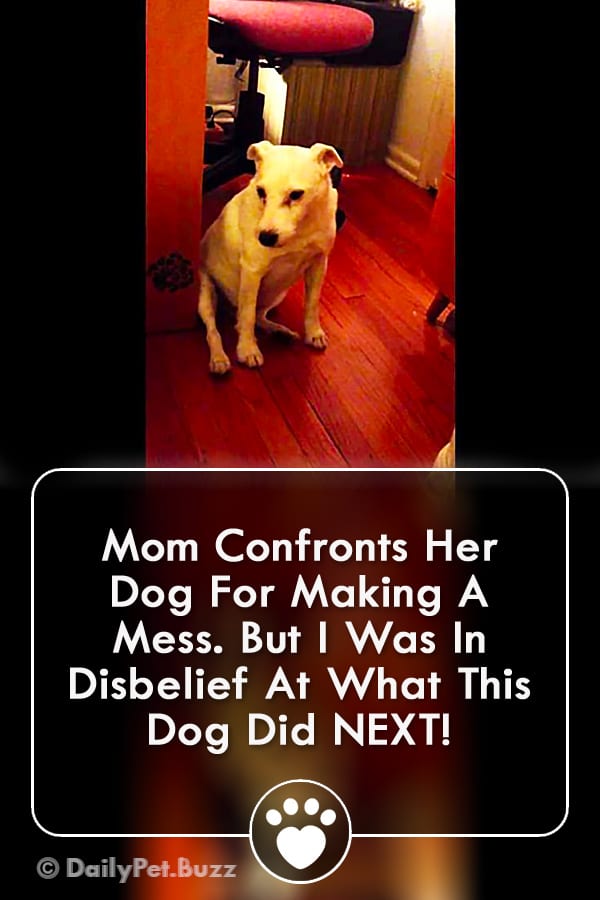