Dogs are said to be man’s best friend, so it is not really surprising when they act like humans sometimes. Sometimes they even form relationships similar to humans, like having girlfriends or boyfriends. Take Mulder, for example. This adorable dog in the video above is really proud of his girlfriend, and he likes showing her off to his human parents. Whenever his parents ask him about his ‘girlfriend’ , he does something really unexpected. You are going to be in hysterics when you see what he does.

Mulder’s parents obviously knew how he would react to the question, and fortunately for us they decided to record it so we could enjoy his reaction too. His parents probably taught him to do this for a treat, but it is really funny nonetheless. Whenever his parents ask him ‘Mulder, where is your girlfriend?’ he puts his arms around a white dog sitting beside him, leaving his parents in hysterics. I still can’t stop laughing! How cute is this doggie duo?

I wish I could find someone who is as proud of me as Mulder is of his girlfriend and would show it the same way he does. Although, I’m sure it wouldn’t be nearly as amusing.

Watch this adorable dog and his adorable girlfriend in the clip! What did you think about this video? Share with us in the comments section! We’d love to hear from you! And if you think Mulder’s reaction is as cute as I think it is, please share this clip on Pinterest and make someone else’s day. 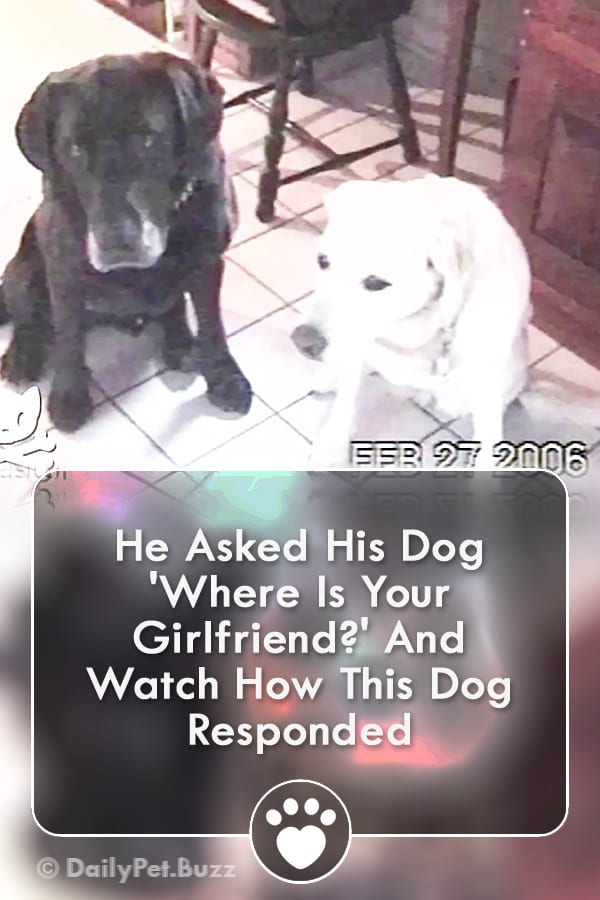