Animal videos are one of the most abundantly found things on the internet, and probably, the most sought after things as well. There is no doubt how enjoyable and entertaining they can be. The following features one such animal video which will have you cracking up for sure. The tiny Maltese pups here sure know how to make a ruckus!

Their owner surely didn’t expect such disorder and mess in his living room when he walked in. There was torn Kleenex everywhere. It looked like there was an entire box of Kleenex shredded on the floor. One of the most adorable Maltese pups I’ve ever seen was sitting on the couch and refused to look at dad, but when dad finally got him to look at him, his little face looked a bit scared, but not guilty.

Hmm. Who could have done this? He continues to investigate. He asked Harley again, the one on the couch, about the mess, but he didn’t get a response at all. But, when he turned his camera around to ask the other one, I was in hysterics! I guess he finally found out the culprit!

The moment he turns the camera on the other one, you are for sure going to fall in love with this dog. I would not be able to punish either of them after seeing this because I would be laughing too hard! I don’t know how dad isn’t laughing, but he manages to film this without cracking a smile. Watch what he finds when he asks the second dog who tore up the Kleenex.

Watch the adorable video above and let us know if your dogs do something similar in the comments section! 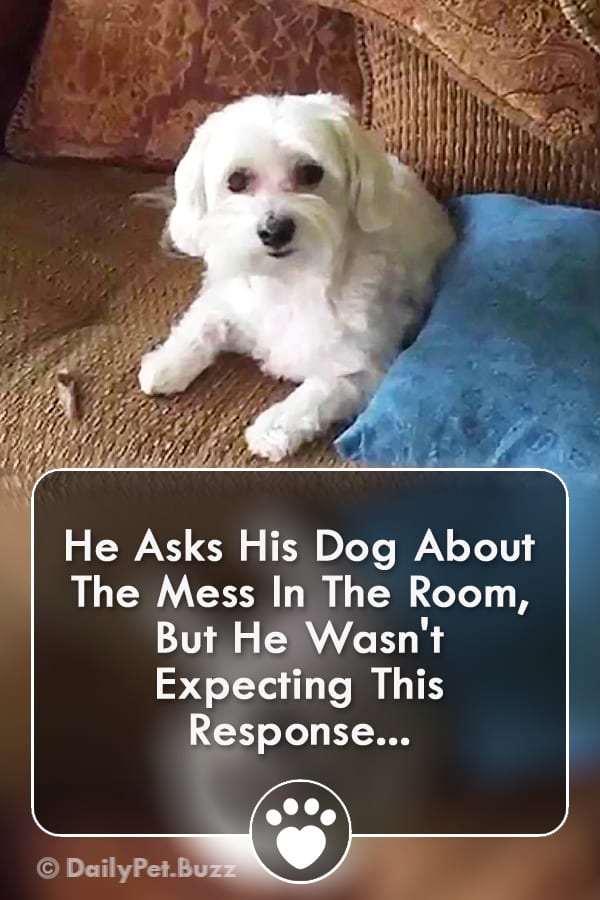