After her rescue, things still weren’t looking all that great for Ellie, a baby elephant who had been taken into the Thula Thula Rhino Orphanage, in her native country of South Africa. She had been rejected and left behind by her herd, probably due to her health problems. She had several different issues, including lactose intolerance, which probably explained why they abandoned her, and her chances of pulling through were very slim, but thanks to the animal facility, she had hope. And after she met her new dog best friend, things were looking brighter than ever!

On the refuge, she met a German Shepard named Duma who instantly befriended her and changed her life for the better, forever. As we know, dogs are some of the best friends anyone could ever have, and this doesn’t just apply to humans, either. When they see any kind of animal being down, their first instinct is to help them and try and make them feel better. Elephants are very social creatures, so having a dog friend is the perfect way to start her journey towards happiness and a fulfilled life.

You can see this adorable story for yourself in the clip we embedded just below. If you love videos like this one, share it with your friends on Pinterest! 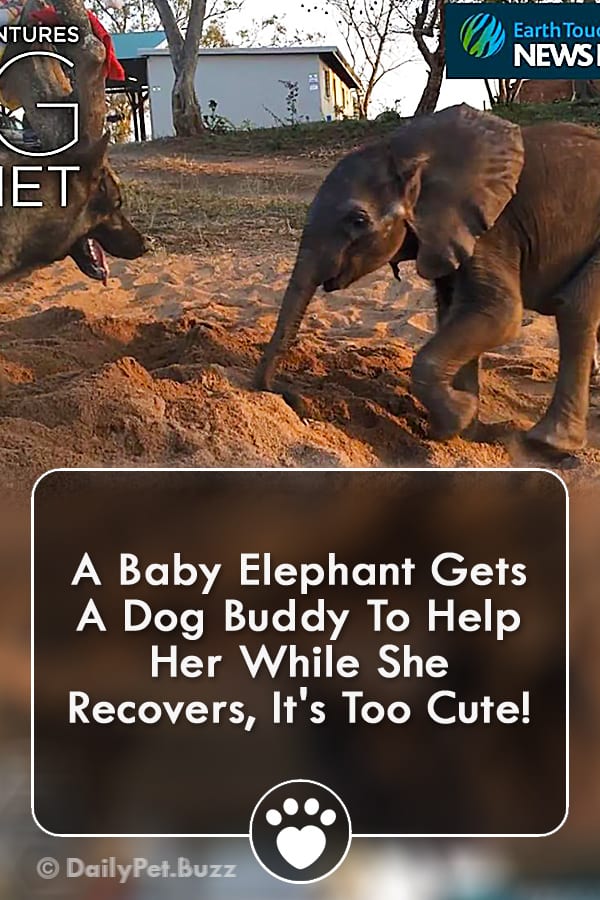