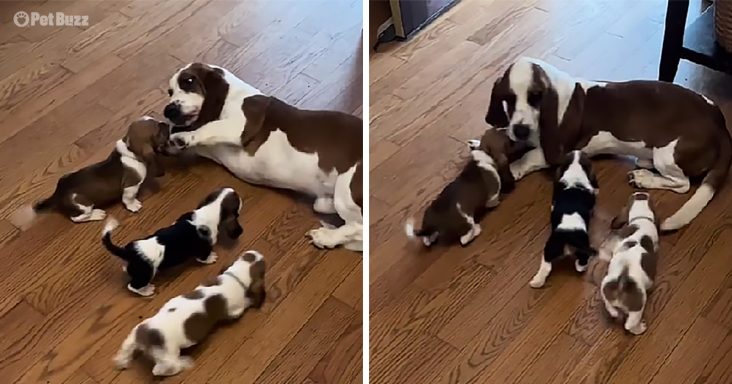 This short, wholesome video sets a fantastic scene: a father spending some quality time with his children. We’re not told if the puppies have been named yet, but the daddy’s name is Cooper the Basset Hound. 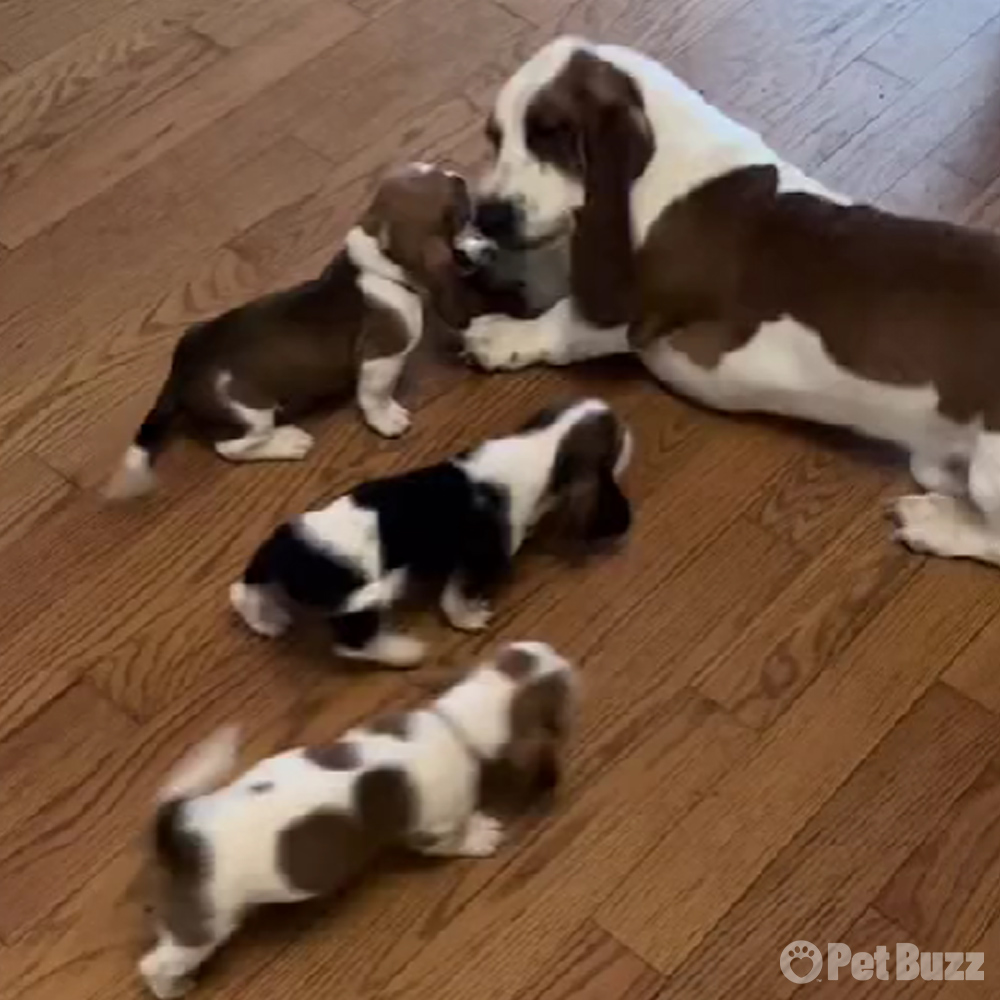 Cooper seems full of energy, arguably even more than the young puppies. It turns out that the puppies in the video aren’t his only puppies, though. We can see four young ones, but Cooper actually has thirteen babies in total.

Thankfully, handling four puppies on his own doesn’t seem like much of an issue for Cooper. The video begins with the song “Do your ears hang low?” playing in the background.

We can see daddy Cooper lying down on the ground. Three of the four puppies approach him, and Cooper playfully rolls away before rolling one of the three puppies over with his nose.

Waving his head around, he heads across the floor and then turns around, barking joyfully at his children as if inviting them to come to play. Two of the puppies run up immediately. 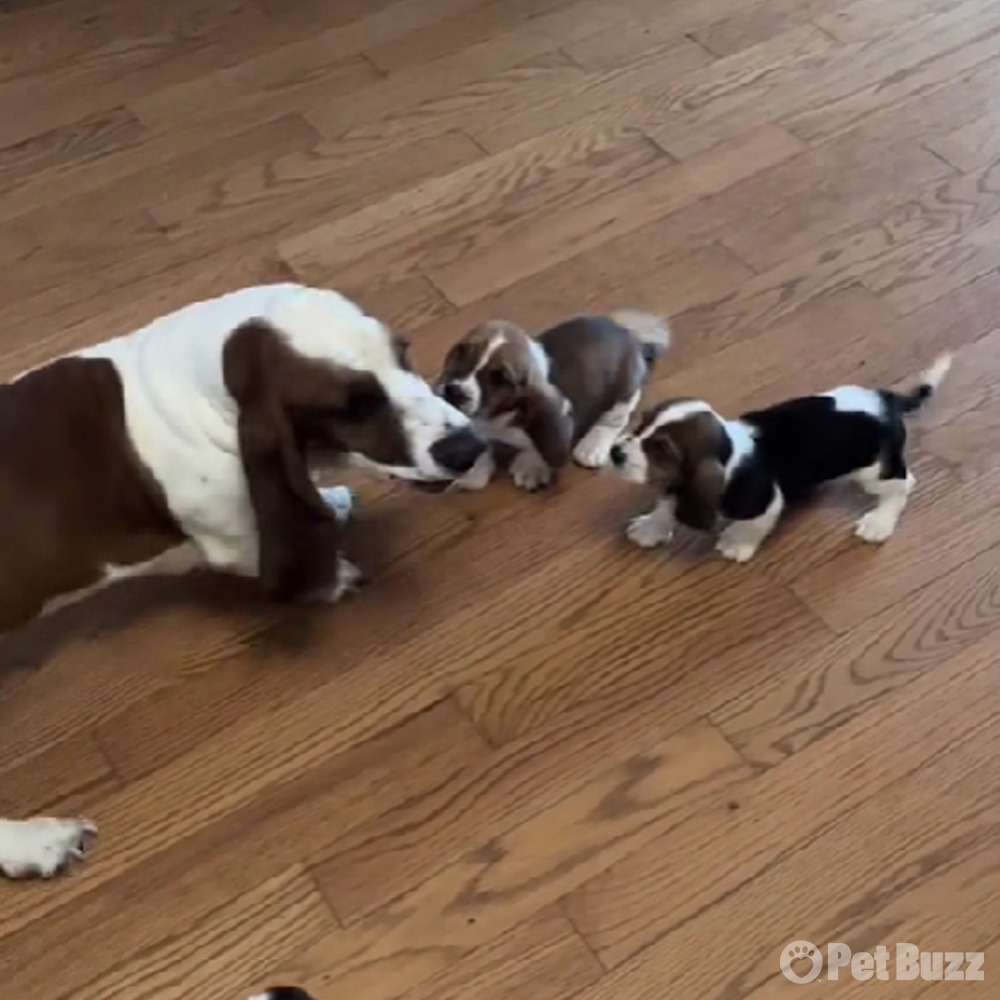 The young pup who’s been keeping his distance in the corner appears to have grown some courage. He approaches his dad to join in the fun. We see the last puppy approach his dad just before the video ends.

At only 18 seconds long, we wish this video was longer. There are many clips of mothers and their children, but father and kid videos are rarer. Thankfully, @thebassethoundgang has uploaded plenty more content starring this family of Basset Hounds. We recommend you check out their channel for more wholesome, cute content.