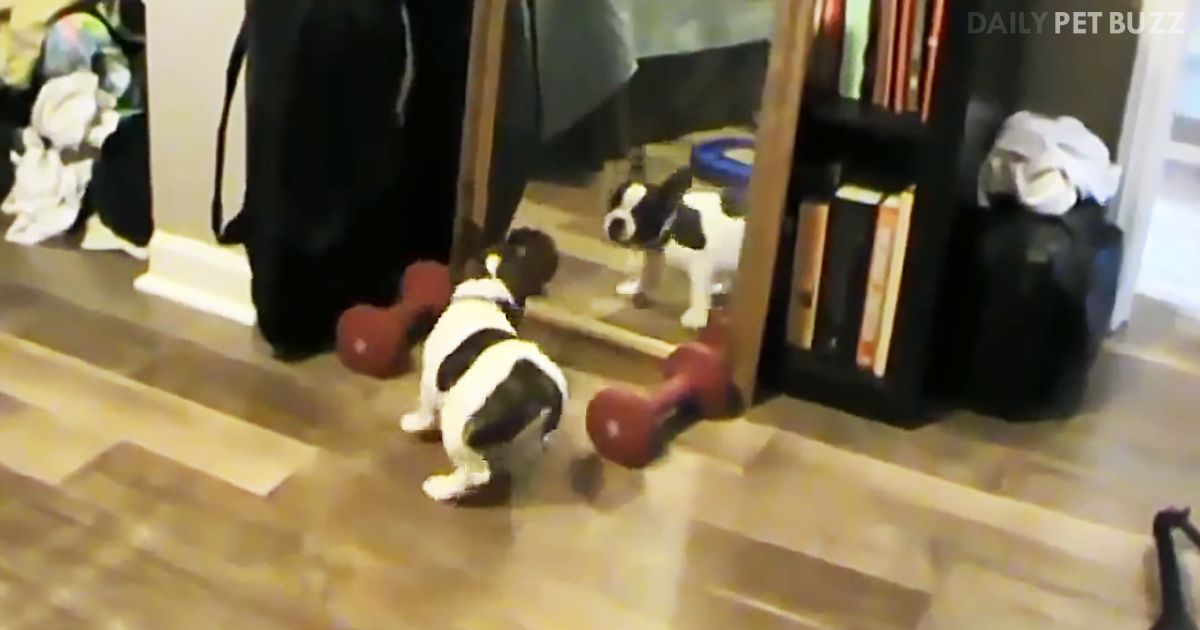 French Bulldogs are tiny and tend to stay tiny, but their sense of exploration and their sense of curiosity and adventure only seem to get bigger. This isn’t a phenomenon that is limited to Frenchie’s, it’s most dogs, especially when puppies that seem to be afflicted when they come face to face with an almost identical version of themselves.

We’ve seen it time and time again over all the different species. It’s the illusion of a new friend to play with, of a brand-new adversary that we hadn’t realized was there the entire time. They don’t have the same scent, nor do they have a scent. If I had to describe the opposite, it’d be that of Windex.

Yet, for dogs or anyone/any young animal, it’s hard to tell the difference between real and reflection. We see this very idea emphasized in this hilarious compilation of French bulldog owners capturing the moments that make us crack up hysterically.

The first meeting of new friends can often lead to some rough play, even some confusion. But In these moments, it seems clear that there is only confusion. The tough French bulldogs are ready to play with the newly found friend, trying to determine if they also want to play. They try everything from approaching close to barking, even attempting to jump at them. The result is something of adorable hilarity. Check out these cuties doing a little self-reflection in the video below.