The Voice is popular not just for the talent it showcases, but also for the relationships between coaches. Notably, the budding ‘bromance’ between Blake Shelton and Adam Levine keeps drawing viewers back.

The banter between these guys on the show is priceless, and it seems like the hilarity doesn’t stop just because they’re not onstage. The video above is sure to leave you in stitches!

In the video above, Blake drives out to Adam’s house to pick him up for the commute in to The Voice set. Blake is uber excited at the prospect of commuting every day, and gushes about commuting every single day together. Adam, less enthused (and maybe in need of some coffee?) replies with ‘Uh, let’s just see how it goes.’

Thankfully, to save both guys from the awkwardness, Twisted Sisters 1984 hit ‘We’re Not Gonna Take It’ comes on the radio, and the two immediately start jamming. Adam rocks out on the air drums while Blake perfects his steering wheel guitar moves.

Which prompts Blake to come up with a great idea. “Hey buddy,’ he says to Adam, ‘so here’s what I’m thinking. We could do that song as a duet on The Voice.”

Adam is again hesitant at first, but within seconds he’s all in, ready to start warming up for their big moment. The two switch off on vocals, battling one another for who has the rockingest sound.

You’ve got to see this hilarious duet below! What did you think? Leave us a comment, we’d love to hear from you! 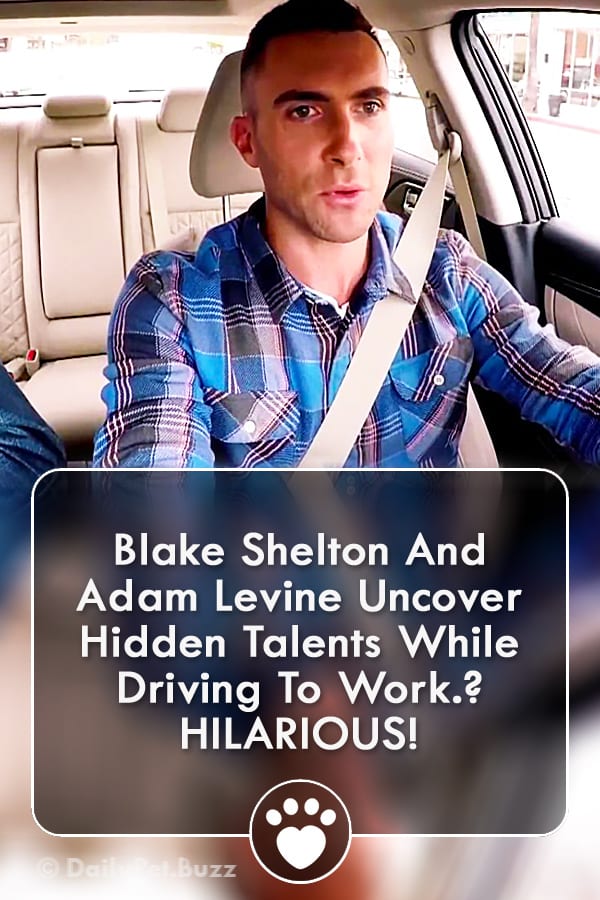