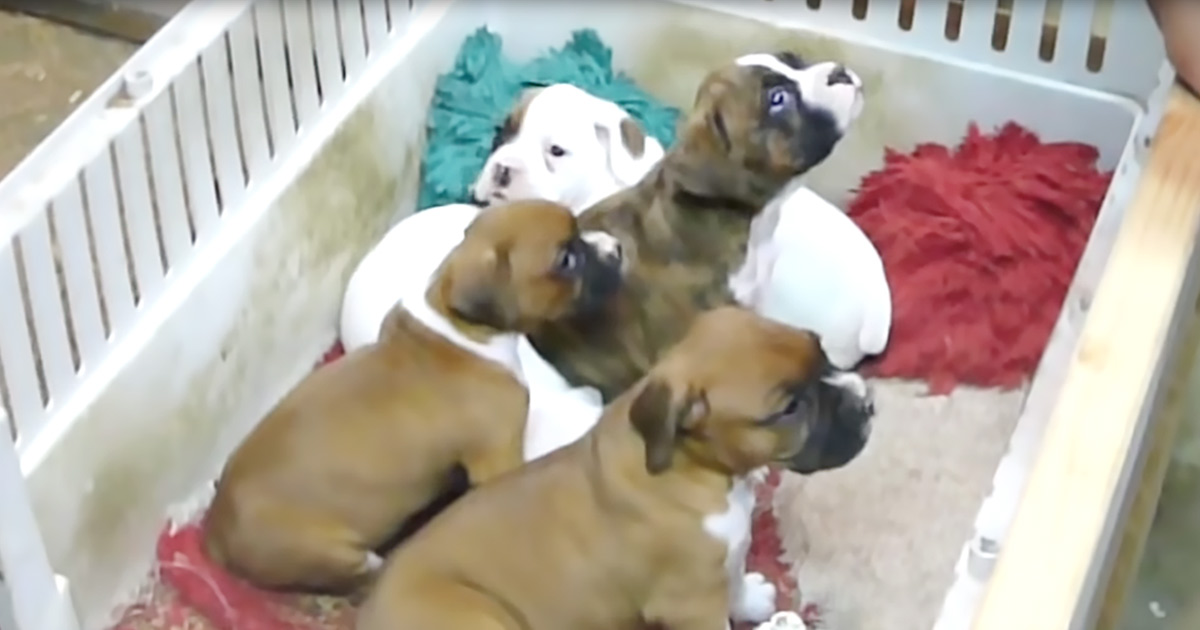 Let’s face it: Parenting can be hard. Getting kids to sleep is often a challenge. That is true of parenting human children, but also of parenting Boxer puppies, especially when there are five of them to keep each other awake. This man employs a sleep-induction method with which parents are quite familiar: Sing them a lullaby.

This man seems to be a puppy whisperer, calling forth unmatched nanny skills. First, he gets the attention of the squirmy mob of pups, saying to them, “Let’s go to bed,” to set the expectation and to brilliantly enable future associations with that phrase to generate blissful slumber.

He then launches into a soft, rhythmic version of the classic 1954 song, “Goodnight Sweetheart, Goodnight,” coincidentally originally performed by The Spaniels. It doesn’t take long for all the puppies to drift peacefully off to dreamland. When he stops his crooning and there is a hint that some of the pups might awaken, another bar of the lullaby finishes the job.

Watching such magic is inspirational and helps to reinforce the notion that we are not so different from our non-human animal counterparts. Why wouldn’t a lullaby work with puppies, just like it works with a human child? This man just proved that it does. 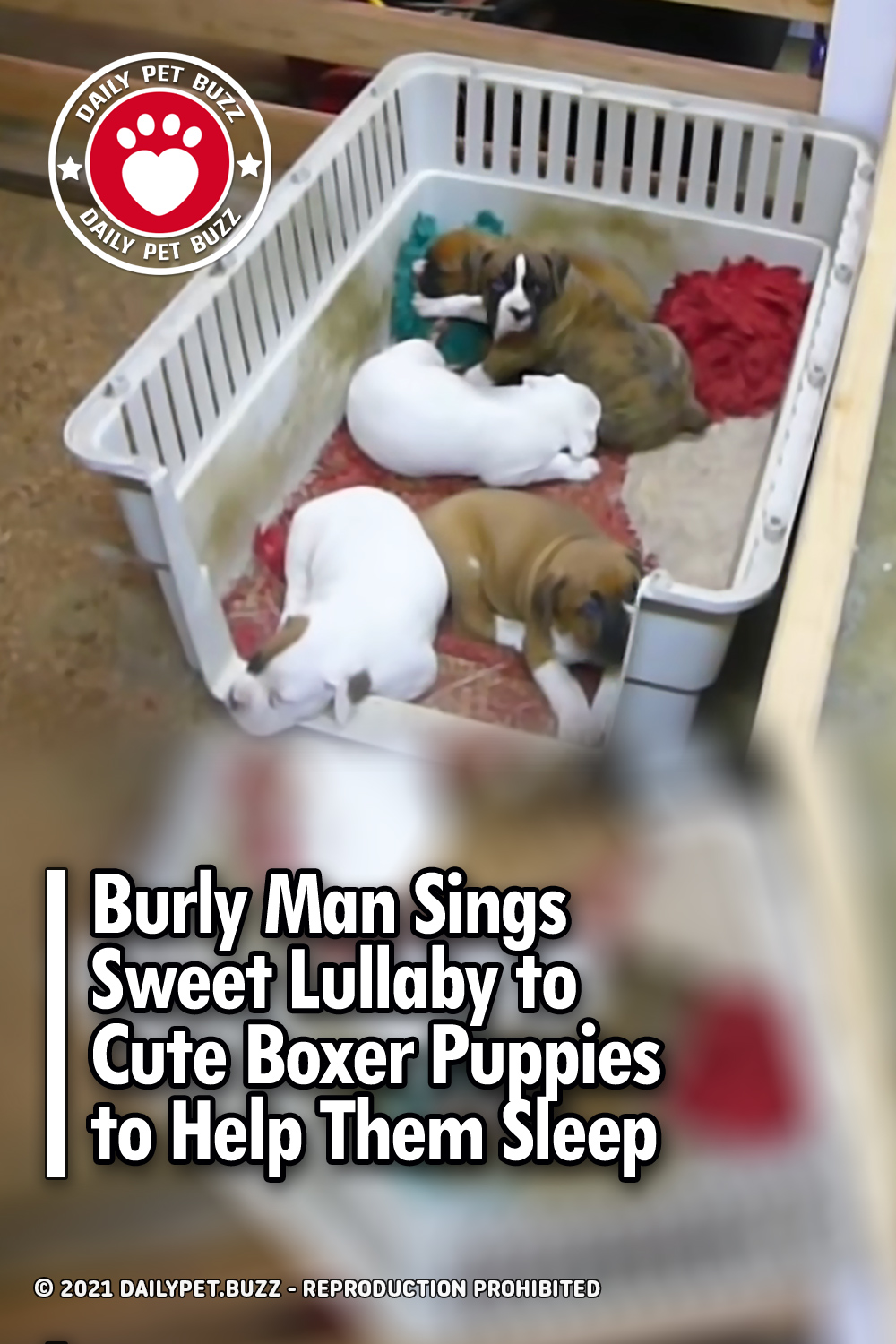