Dogs are some of the funniest creatures on the planet. If you have ever owned a dog, you know how excited they can get over the silliest of things. They love to play, they love their owners, and they love getting treats. And though some dogs don’t really like the prospect of going outside, some of them are really crazy about taking walks! I guess the thought of sniffing everything in sight and having a change of scenery is very appealing to some dogs, especially the one you will see in this next video.

Take for example this hilarious boxer featured in the video given below! This adorable boxer is called Tyson and he is one of the most energetic dogs you will ever come across on the internet. He and his owner have a very special relationship, and they seem to understand each other perfectly.

Tyson is deceptively calm when we see him in the video, but he seems to sense something very exciting is about to happen. When dad asks him if he would like to go on a walk, Tyson simple loses it! He does some really impressive jumps and his reaction will surely leave you smiling!

This dog gets some serious lift in his jumps, and I think his owners might need a bigger foyer. Tyson knows, though, that before the leash can go on, he has to sit obediently, which he does at the end of the clip. He’s not only very energetic, he is very clever!

Watch this adorable video above! Isn’t Tyson the cutest? Let us know what you thought about this clip in the comments! 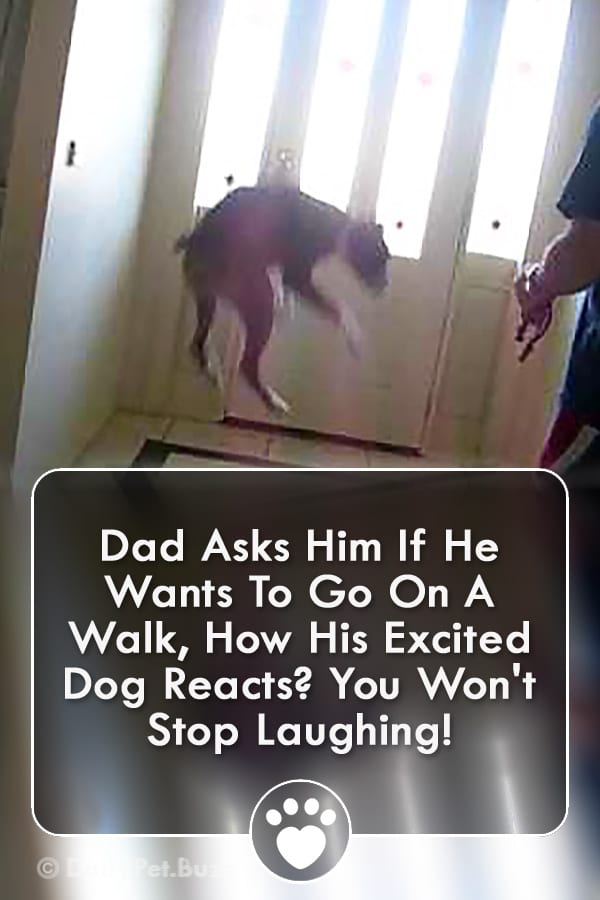