When Animal Aid Unlimited found Toffee, he was in a wretched condition. Animal Aid is a rescue center, hospital, and sanctuary for injured and ill street animals in Rajasthan, India. They rescue thousands of animals, especially dogs, every year, and many stay at the sanctuary and live there with in kinship with the other dogs and people who work there.

Toffee was found in a street gutter in a miserable state and the rescuers could barely tell if he was dead or alive. But fortunately, this beautiful dog’s will to survive was impossible to miss. When they received the call about Toffee, they immediately went to rescue him.

His entire body was filled with wounds and maggots and people could smell him 15 feet away because of his rotting flesh. If he hadn’t been rescued, they estimated he would have died within one or two days. His wounds were cleaned and treated, and the next morning, he was standing, tail wagging, and ready for his first bath!

After his bath and further treatment, he improved and within three weeks, he was a different dog. His spirit returned and he made friends at the shelter. After his rescue, he received the love and care he deserved and is on a road to recovery. What a sweetie this one is. I’m so impressed with what Animal Aid is able to do with so few resources. This is a wonderful organization.

Watch this wonderful rescue video above and let us know how you felt watching it in the comments! 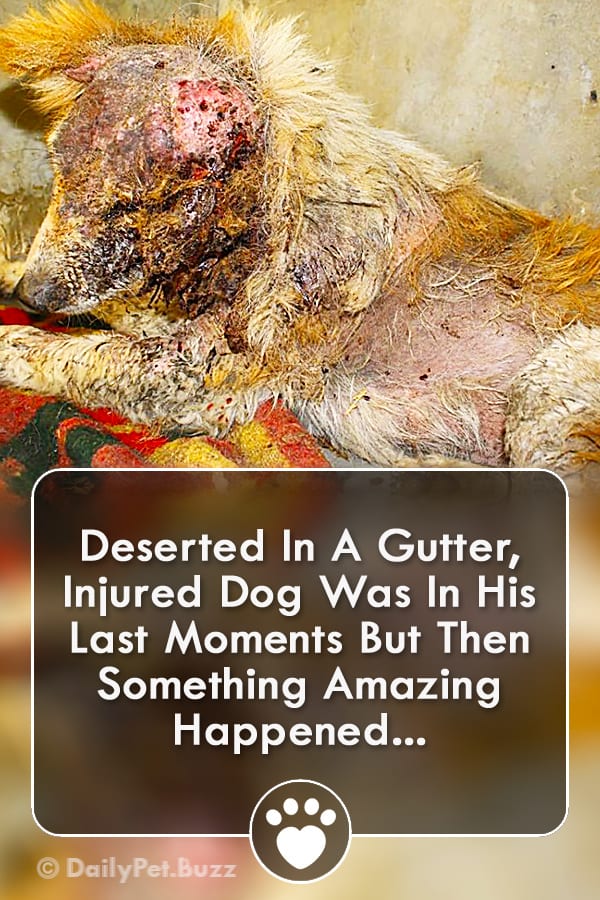