It’s hard to believe so many years have gone by since 9/11. Many of us can remember that terrible day like it was just yesterday. It was a day of indescribable pain and deep sorrow that ushered in a period when Americans from all walks of life came together. There was unity, patriotism, and sense of we’re all in this together.

The Anheuser-Busch Company wanted to do its part and pay tribute to the victims and heroes of the 9/11 attacks by producing a patriotic commercial. However, the company didn’t want to profit from tragedy, so they decided to air it only once but at a time when a huge audience would be sure to see it: during Superbowl XXXVI in early 2002. According to a company executive, “With this tribute, we wanted to respectfully honor those affected by the events of September 11th. While the original ad aired just once, the Budweiser Clydesdales delivered our sentiments in a moving way that continues to resonate.”

Speaking of those Clydesdales, these large, powerful, and majestic horses have been regulars in Budweiser television commercials for decades. But they’re also real-life horses that go on tour, promoting the brand and giving people a rare opportunity to see old-fashioned draft horses in person.

Creating the 9/11 tribute commercial was a task the producers approached with great care. In particular, they worked closely with public officials to make sure that the spot would be appropriate and respectful. The end result was memorable, emotionally powerful, and patriotic. It starts with the Clydesdales making their way to New York City. They cross the Brooklyn Bridge and stop in a park with a view of the city’s skyline. With the Statue of Liberty in the background, the horses bow their heads in respect. It’s beautiful in its simplicity: no words were spoken and none were needed.

This incredibly moving commercial is posted for you below. We’d love to hear what you think, so let us know in the comments at Facebook. Be sure to like and share! 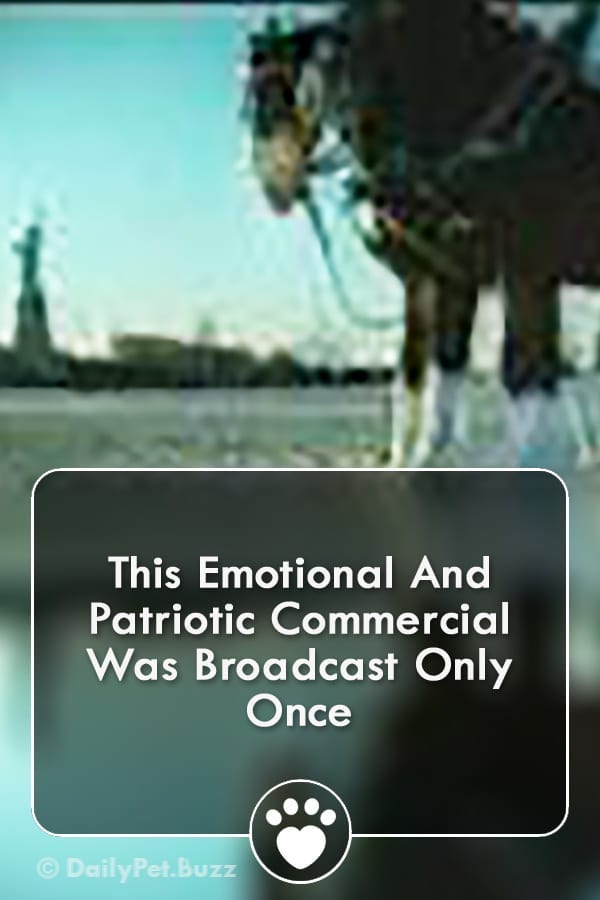