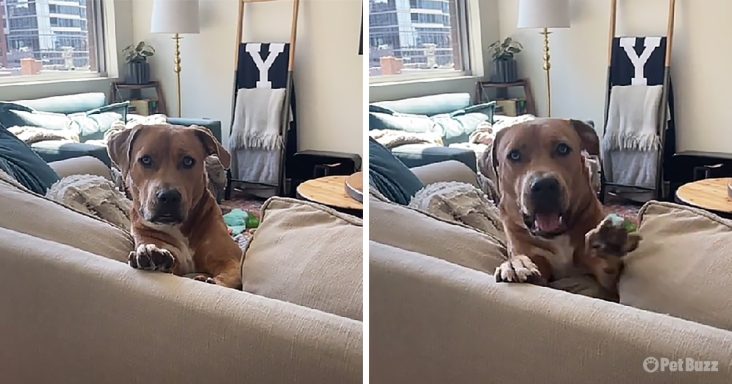 Pets and young children have a lot in common, at least regarding food. If you have either of these joys in your life, chances are, you’ve had to deal with “I don’t wanna eat that, it’s icky.” before. 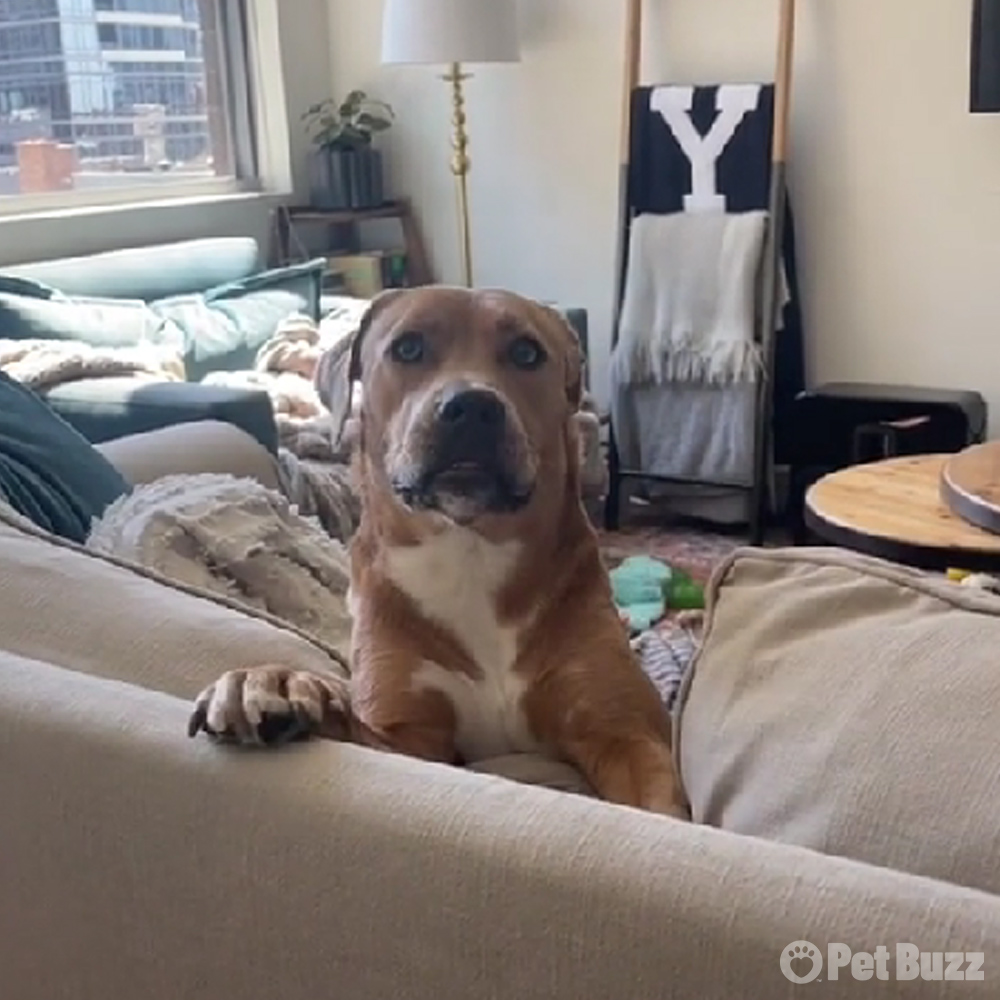 This pit bull may not be able to say that exact phrase out loud, but a quick glance at her disgruntled face lets us know what she’s thinking. So, why is she grumpy this early in the morning?

Well, Olive, the pit bull, has enjoyed Trader Joe’s pink salmon in her kibble before. Unfortunately for mama Mere, it appears that she’s also come to expect it. Despite Mere’s best effort, Olive isn’t interested in plain kibble. 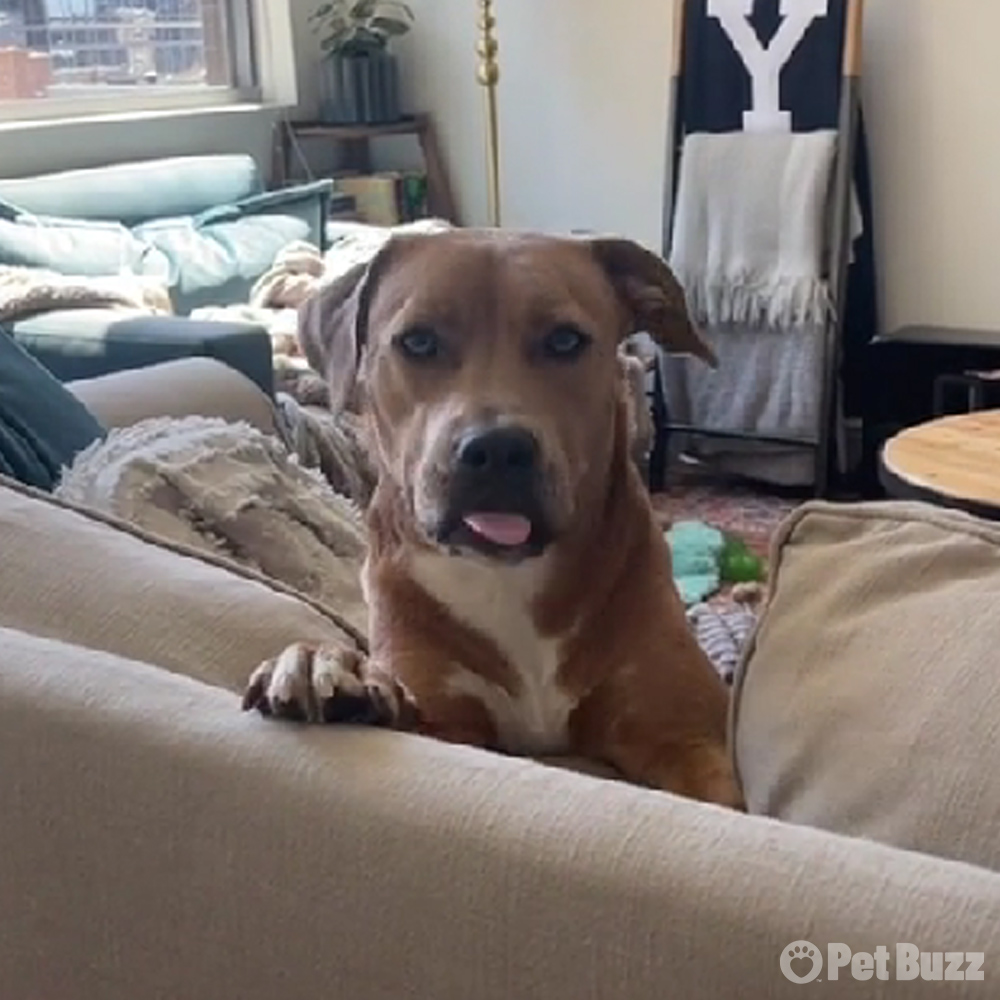 “You have kibble in your bowl. You don’t get salmon for breakfast,” Mere tells Olive. This doesn’t go over well with Olive, and she barks in retort. The caption “Gigi would let me have it” is shown on screen. Apparently, grandma has been spoiling sweet Olive.

Unfortunately for Olive, Mere isn’t as generous when it comes to handing out TJ’s salmon. “No. You eat your plain kibble,” she says to Olive. “That’s what we always do.” 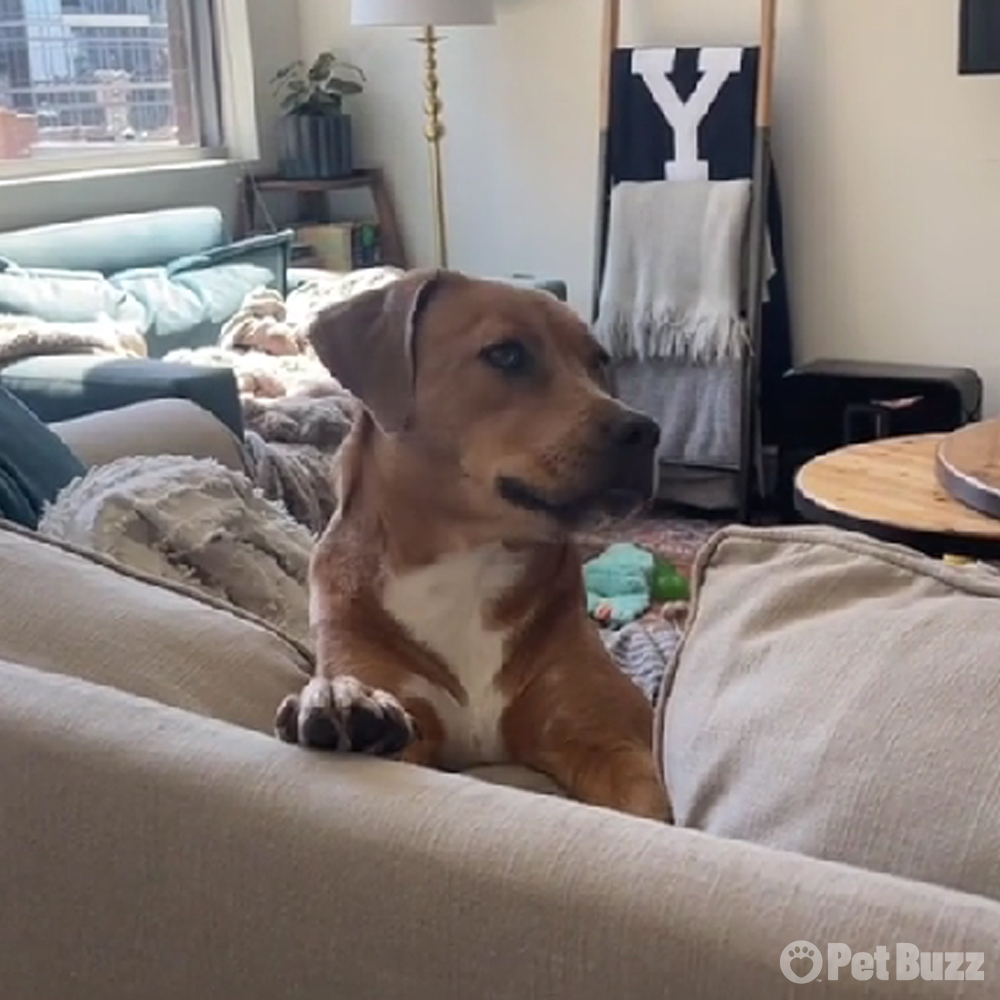 The disgruntled dog seems to disagree with mama’s statement, voicing her dissatisfaction with a slight grunt. “I love you,” Mere says to Olive, but the pup doesn’t seem ready to hear this at the moment.

Just how much does Olive want that salmon? How long will she be able to hold out on her hunger strike? We’re confident that she’ll win her owner over in the end. Still, in the meantime, it’s certainly entertaining to watch this amusing battle of wills. 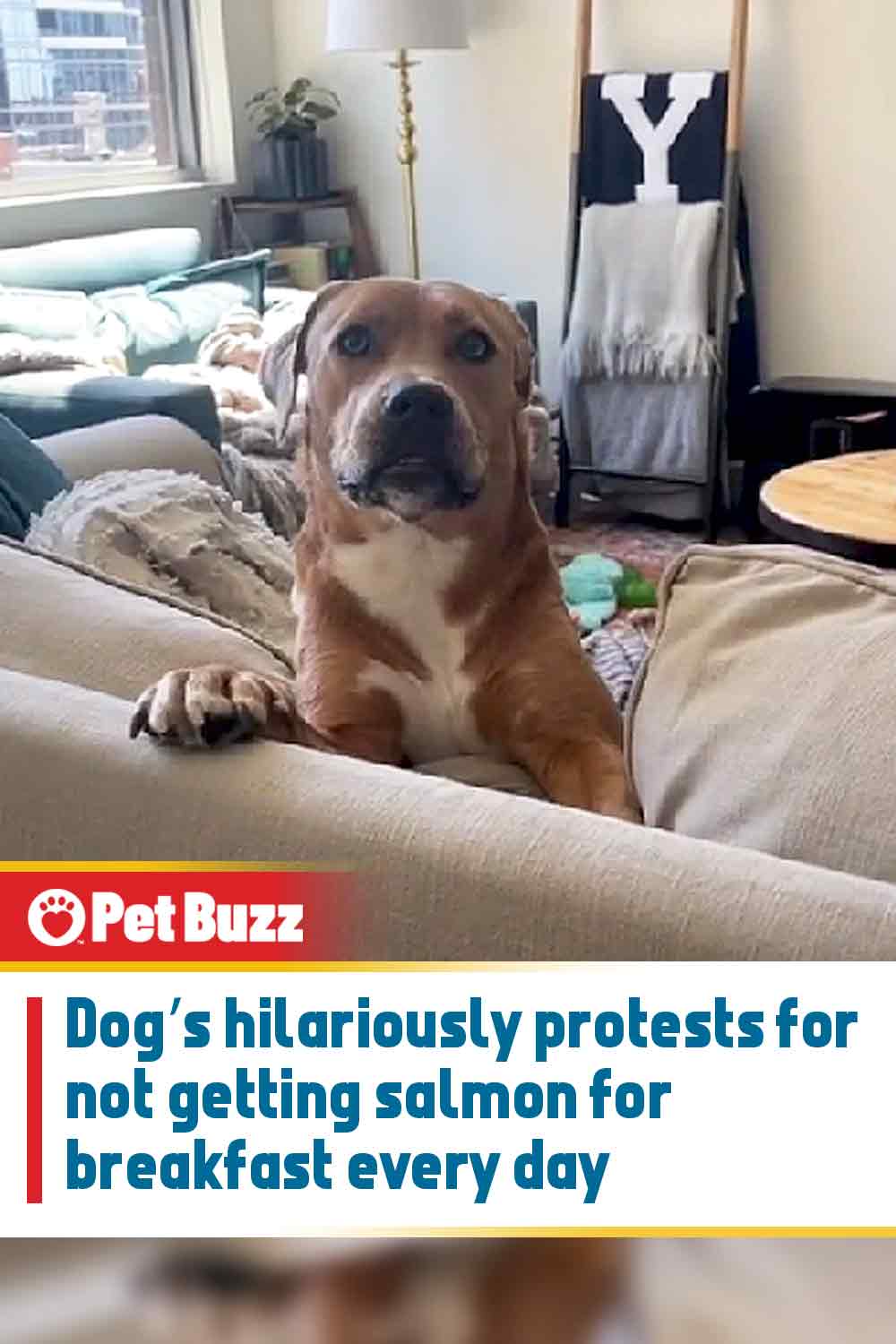